Home World News/International Africa Communique of the 741st PSC meeting on the situation in Somalia and... 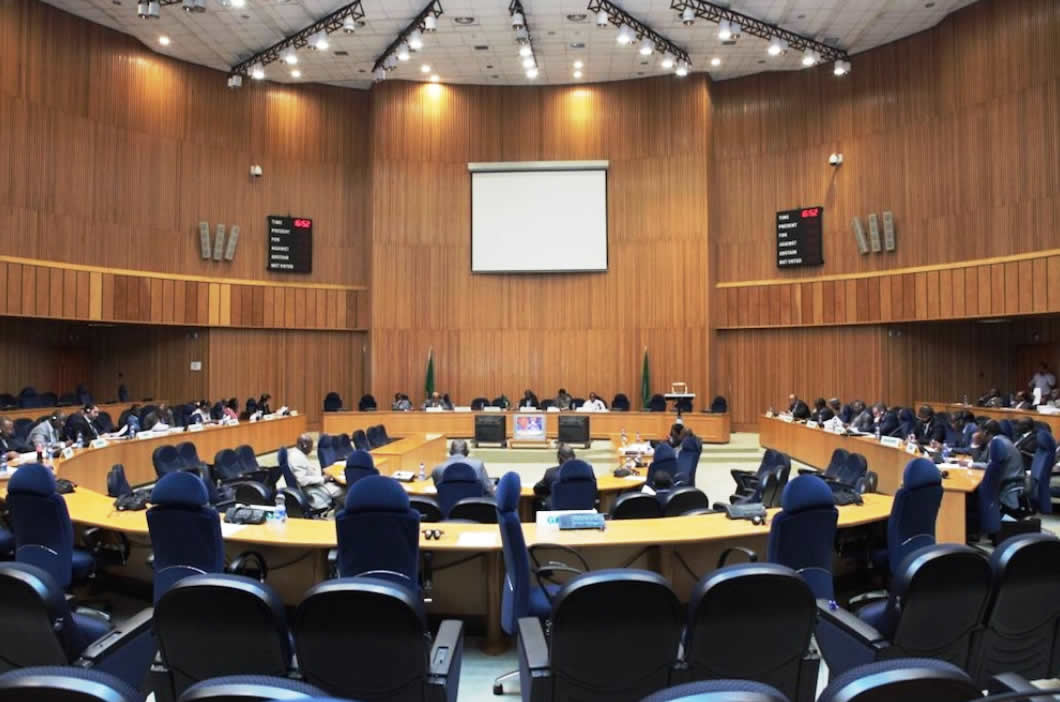 The Peace and Security Council (PSC) of the African Union (AU), at its 741st meeting held on 19 December 2017, received a briefing on the situation in Somalia and the implementation of the mandate of the AU Mission in Somalia (AMISOM), and adopted the following decision:

1.    Takes note of the briefings by the Special Representative of the Chairperson of the Commission for Somalia and Head of AMISOM, Ambassador Francisco Madeira, the AMISOM Force Commander, Lieutenant General Osman Noor Soubagleh, and the Special Representative of the United Nations (UN) Secretary-General for Somalia, Mr. Michael Keating. Council also takes note of the statements made by the representatives of Egypt, in its capacity as an African Member of the UN Security Council (A3); Ethiopia, in its capacity as, both Chair of the Intergovernmental Authority on Development (IGAD) and a member of the A3; IGAD; and the European Union (EU);

3. Also recalls UNSC Resolution 2372 (2017), particularly paragraph 9, in which the Security Council requests the AU to keep the UNSC regularly informed on the implementation of AMISOM’s mandate;

4. Takes note of the progress made in the political process in Somalia, in particular with regard to State formation process, the constitutional review, as well as the electoral system towards 2020 elections. In the same context, Council welcomes the signing of an important reconciliation agreement between the President of Galmudug and the Head of AL Suna Wal Jammah, and congratulates President Mohamed Abdullahi Mohamed Farmaajo for the convening of the nine-day high-level consultative meeting with the top political leadership of the country. Council commends the Federal Government of Somalia (FGS) for its continued efforts in the search for a lasting solution to the protracted political and security challenges facing Somalia and reiterates its commitment to continue supporting the Federal Government of Somalia in achieving its security and political goals;

5. Notes with deep concern the growing capacity of al-Shabaab and its continued attacks against the innocent population, the symbols of the Federal Government and AMISOM personnel. In this regard, Council strongly condemns these terrorist attacks and expressesAU’s heartfelt condolences to Government and people of Somalia for the loss of lives and wishes speedy recovery to all those who have sustained injuries;

6. Also expresses its heartfelt condolences to the Governments of the AMISOM Troop and Police Contributing Countries (T/PCCs) as well as to the immediate families of all AMISOM personnel who have paid the ultimate sacrifice in the promotion of peace, security, stability and reconciliation in Somalia. Council encourages AMISOM to remain resolute and steadfast in discharging its mandate until the al-Shabaab terrorist group is completely eliminated and Somalia is pacified;

7. Welcomes the progress made to date in the fight against the al-Shabaab terrorist group, thanks to the joint efforts by AMISOM and the Somali National Security Forces (SNSF), noting al- Shabaab’s unprecedented capacities. In this respect, Council wishes to underline the urgent need for AMISOM to be equipped with the necessary capacity, including force enablers and multipliers;

8. Strongly reaffirms the need for AMISOM to be provided with a predictable and sustainable funding, with a view to enabling it to more effectively discharge its mandate, in line with the conclusions of the AU-UN Joint Review;

9. Expresses its gratitude to the UN, the EU and other bilateral, as well as multilateral partners for their continued support for AMISOM operations against al-Shabaab and urges them to pursue and intensify their support;

10. Reiterates the urgent need for greater coordination and coherence in the provision of support to the building of a capable and inclusive Somalia Security Sector, with a view to expedite the progress required in facilitating effective assumption of full responsibility by the Somalia national security institutions from AMISOM. In this context, Council reiterates the need for partners to work closely with the Somali authorities and AMISOM to ensure enhanced coordination of support, including in the conduct of bilateral capacity-building initiatives and offensive operations;

11. Further reiterates the need for a responsive, effective, efficient and responsible field support platform as a strategic enabler to AMISOM operations. In this regard, Council requeststhe UN Support Office to Somalia (UNSOS) to continue to enhance its delivery of support package to AMISOM, taking into account the need to strengthen the role of the AU Special Representative and Head of AMISOM to this effect, in line with the 2016 Memorandum of Understanding between the AU and UN on the provision of support to AMISOM;

12. Takes notes of the outcomes of the Somalia Security Conference and the Somalia Partnership Forum which took place on 4 and 5 December in Mogadishu, and underscores that the continued presence of AMISOM in Somalia and the implementation of a viable transition necessitates the securing of predictable and sustainable funding for AMISOM and Somali security institutions;

13. Welcomes the steps being already taken by the Commission in addressing the current resource gaps and requests the Chairperson of the Commission to enhance its engagements with the UN Secretary General and other partners, at the required level, in securing predictable and sustainable funding for AMISOM, including through the utilisation of UN Assessed Contributions for the payment of allowances for AMISOM uniformed personnel, bearing in mind the successes made by the Mission, the transition time-frame proposed by the AU-UN Joint Review and, the reality that AMISOM represents an exemplary AU-UN strategic and operational partnership  in the implementation of Chapter VIII of the UN Charter and in the spirit of the UN-AU Joint Framework for Enhanced Partnership in Peace and Security, signed on 19 April 2017;

14.  Urges the UNSC to consider the report of the AU-UN Joint Review and to endorse its recommendations, in order to pave the way for its speedy and effective implementation, taking into consideration the need to avoid a security vacuum in Somalia and the region, enhance coordination and ensure predictable funding for AMISOM;

15. Takes note of the findings of Operational Readiness Assessment (ORA) on Somali National Army (SNA) and notes with concern that the SNA, in its present state, is not yet in a position to take over or sustainably hold forward operating positions that may be handed over to it by AMISOM. In this regard, the Council reiterates that the transition to Somali led security and the drawdown of AMISOM need to be condition-based and gradual, to ensure that the hard won gains so far made against al-Shabaab are not reversed;

16. Endorses the decisions of the 25th meeting of the Military Operations Coordination Committee on 1 December 2017, which inter alia, envisages the revision of AMISOM Concept of Operations (CONOPS) in view of the changing dynamics in the security and political situation on the ground;

17. Underlines the need for the AU to renew its commitment to peace, security and stability in Somalia, taking into account the political and security dispensation in the country and the region, since the deployment of AMISOM in 2007;

18. Reaffirms its full support to the authorities and the people of Somalia, as well as its determination to spare no efforts towards peace, security and reconciliation in Somalia;

19. Requests the Commission, pursuant to paragraph 9 of the UNSC Resolution 2372 (2017), to transmit this Communiqué to the UN Secretary-General for onward transmission to the UNSC for its action, as appropriate;

20. Decides to remain actively seized of the matters.