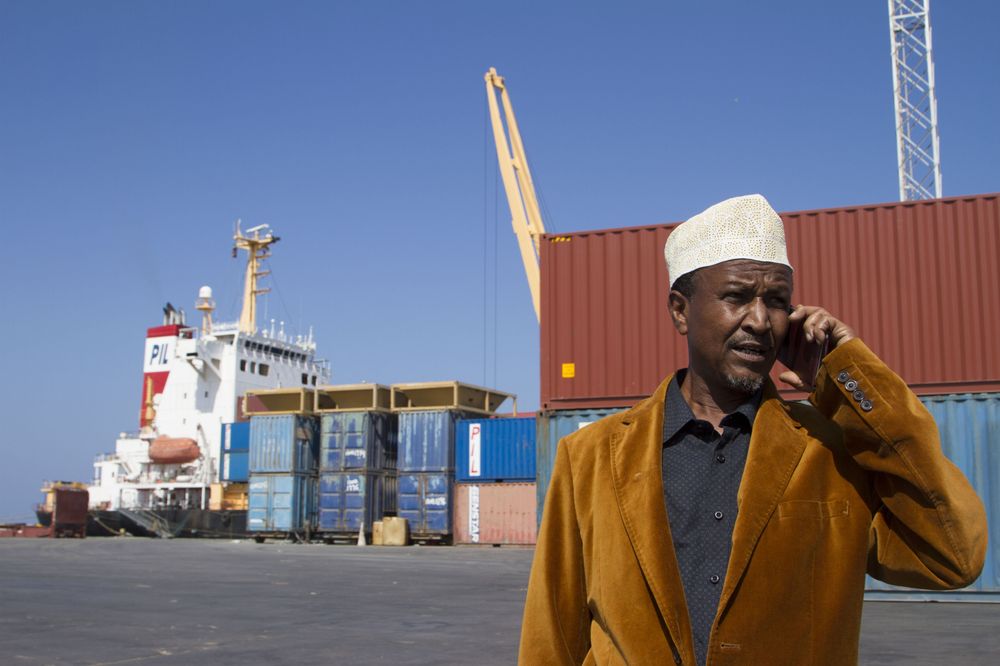 A budding dispute over plans to develop a port in Somaliland risks destabilizing the Horn of Africa region, the semi-autonomous territory’s foreign minister said.

Saad Ali Shire’s comments raise the stakes in a standoff between Somaliland and Somalia, which this month declared the planned harbor illegal. The impasse could also jeopardize Ethiopia’s bid to reduce its reliance on neighboring Djibouti as its main trade route through the Red Sea and the United Arab Emirates’ plans to extend its military influence in the region.

DP World Ltd., Dubai’s state-owned port operator, won a 30-year concession in 2016 for the port at Berbera on Somaliland’s coast, which will cost as much as $442 million. Ethiopia’s government took a 19 percent stake in the project. Somalia, which doesn’t recognize Somaliland’s 1991 declaration of autonomy, dismissed the deal as “non-existent, null and void.”

“If Somalia decides to invade Somaliland” over the development of the port, “then we will have the right to defend our territory,” Shire said in a phone interview from Abu Dhabi on March 17, where he was part of a Somaliland delegation meeting Sheikh Mansour bin Zayed al Nahyan, the U.A.E.’s deputy prime minister. “That confrontation of course will not be limited to us.”

Berbera, which will host a U.A.E. military airport and naval base, is located on the Gulf of Aden, 260 kilometers (162 miles) south of Yemen, where U.A.E. troops in a Saudi Arabia-led coalition are battling Houthi rebels.

The naval base is expected to be completed in June, according to Shire, who said he couldn’t comment on when the U.A.E. navy will start using it. Abdulla Darwish, managing director of Sharjah-based Divers Marine Contracting LLC, which is constructing the base, didn’t respond to two requests for comment sent to his mobile phone.

Read a related article about the U.A.E.’s security interests in the region

Shire told reporters in Dubai on Monday that Ethiopia’s acquisition of a stake in the port was “a symbol of recognition.” Somaliland’s declaration of autonomy from Somalia, which took place amid a civil war, has yet to be recognized by any other nation.

The stake is “not related to sovereignty or recognition of Somaliland,” Ethiopian Transport Minister Ahmed Shide said by phone on Tuesday. He also played down the possibility of any conflict over the harbor, as “the parties will eventually understand this is about economic development.”

An agreement for the U.A.E. to train Somaliland’s police and security forces is being finalized, according to Shire, who declined to comment on how many personnel will receive training or the character of the training. Hamza Mohamed, a consultant to the Somaliland police’s special-protection and rapid-response units, said Somaliland’s police commander was part of the delegation that traveled to Abu Dhabi and discussed police training with senior U.A.E. police commanders.

“As far as coordination the work between the base in Eritrea and the base in Somaliland, that’s a matter for the U.A.E.,” Shire said. Eritrean Information Minister Yemane Gebremeskel didn’t respond to two emails seeking comment.

Planned talks between Somaliland and Somalia, including on the “final status” of their relationship are on hold because “there’s no point sitting across the table in this sort of atmosphere,” Shire said.

— With assistance by Zainab Fattah