Home Social Issues A Child Dies, a Child Lives: Why Somalia Drought Is Not Another... 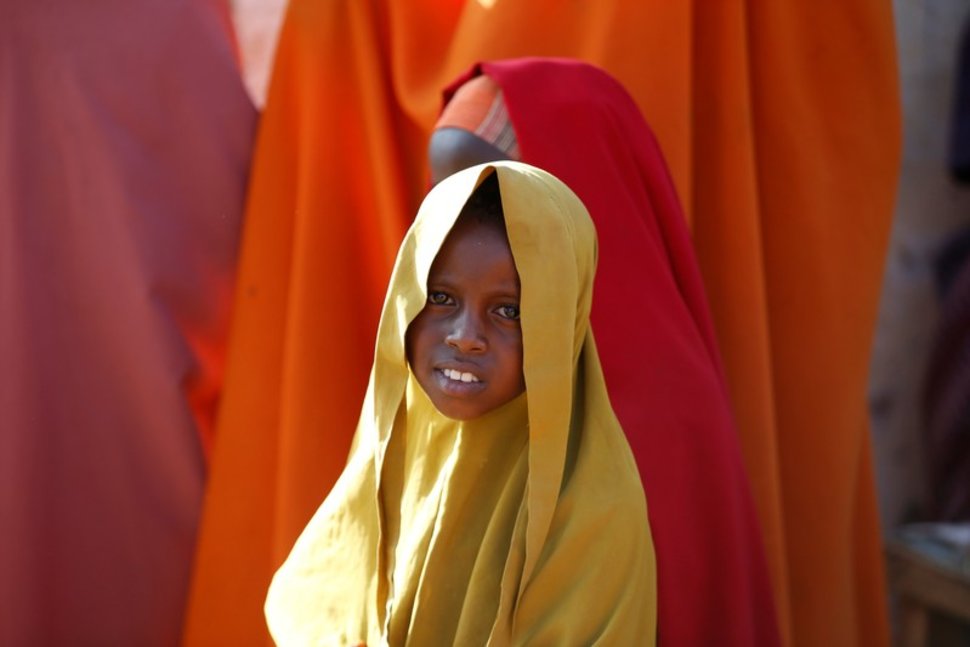 At the height of Somalia’s 2011 famine, Madow Mohamed had to leave her crippled five-year-old son Abdirahman by the side of the road to lead her eight other starving children toward help.

When she returned to search for him, she found only a grave. He was among the 260,000 Somalis who perished.

“You can never forget leaving your child to die,” she says, wiping away tears at the memory seven years later. “It is a hell that does not end.”

This time, the drought has been harsher. Three seasons of rains have failed, instead of two. But none of Mohamed’s other children have died – and the overall death toll, although unknown, is far lower. The United Nations has documented just over 1,000 deaths, mostly from drinking dirty water.

Earlier donor intervention, less interference by a weakened Islamist insurgency, a stronger Somali government and greater access for aid workers have been crucial.

Another reason is that aid agencies are shifting from giving out food to cash – a less wasteful form of aid that donors such as Canada, Europe and Australia have embraced, although the United States still has restrictions on food aid.

The U.S. Congress will debate a move toward cash-based aid this year when lawmakers vote on a new Farm Bill. Christopher Barrett, an expert on food aid at Cornell University, is one of many scholars, politicians and aid agencies demanding reform.

“A conservative estimate is that we sacrifice roughly 40,000 children’s lives annually because of antiquated food aid policies,” he told Congress in November.

FROM FOOD TO CASH

In 2011, a few donors gave out cash in Somalia, but the World Food Programme only gave out food. It was often hijacked by warlords or pirates, or rotted under tarpaulins as trucks sat at roadblocks.

Starving families had to trek for days through the desert to reach distribution points. Their route became so littered with children’s corpses it was called “the Road of Death”.

Now, more than 70 percent of WFP aid in Somalia is cash, much of it distributed via mobile phones. More than 50 other charities are also giving out cash: each month Mohamed receives $65 from the Italian aid group Coopi to spend as she wants: milk, medicine, food or school fees.

Cash has many advantages over food aid if markets are functioning. It’s invisible, so less likely to be stolen. It’s mobile so families can move or stay put.

And money is more efficient than bags of food: in Somalia, cash aid means 80 cents in every $1 goes directly to the family, rather than 60 cents from food aid, said Calum McLean, the cash expert at the European Union’s humanitarian aid department.

“I could have stayed in my village if I had had cash. There was some food in the markets. It was expensive, but if you had money, there was food to buy,” Mohamed said sadly.

Aid groups have been experimenting with cash for two decades but McLean says the idea took off five years ago as the Syrian civil war propelled millions of refugees into countries with solid banking systems.

Donors have adapted. Six years ago, five percent of the EU’s humanitarian aid budget was cash distributions. Today, it is more than a third.

Most of the initial cost lies in setting up the database and the distribution system. After that, adding more recipients is cheap, McLean said. Amounts can be easily adjusted depending on the level of need or funding.

“Cash distributions also becomes cheaper the larger scale you do it,” he said.

Most U.S. international food assistance is delivered by USAID’s Food for Peace Office, which had a budget of $3.6 billion in 2017.

Just under half those funds came through U.S. Farm Bill Title II appropriations, which stipulate that most food must be bought from American farmers. The U.S. Cargo Preference Act requires that half of this be shipped on U.S.-flagged vessels.

Despite these restrictions, Food for Peace increased cash and voucher programs from 3 percent of the budget in 2011 to 20 percent last year.

But sourcing food aid in the United States is expensive and wasteful, said Barrett, who oversaw a study that found buying grain close to an emergency was half the price and 14 weeks faster. Arguments that food aid supported U.S. farmers or mariners were largely false, he said.

Aid groups use different systems to distribute cash, but most assess families, then register them in a biometric database, usually via fingerprints. Cash is distributed using bank cards or mobile phones or as vouchers.

Some charities place no restrictions on the cash; others, like WFP, stipulate it can only be spent at certain shops with registered shopkeepers.

In Dollow, the dusty town on the Ethiopian border where Mohamed lives with her surviving children, families say the cash has transformed their lives.

Gacalo Aden Hashi, a young mother whose name means “sweetheart”, remembers trudging past two dead children in 2011 on her way to get help. A third was alive but dying, she said, and her weakened family had to press on.

When she arrived at the camp, men were stealing food aid to give to their families, she said.

“Men were punching each other in line every time at food distributions,” she said. “Sometimes you would be sitting and suddenly your food would be taken by some strong young man.”

Now, she says, no one can steal her money – Coopi uses a system that requires a PIN to withdraw money. Most of her cash goes on food but with a group of other women she saved enough to open a small stall.

“The cash may end, but this business will not,” she said.

Sending cash to areas hit by earthquakes would drive up prices. But in a drought, where livelihoods have collapsed but infrastructure is intact, cash transfers are ideal, experts say.

Some problems remain. There’s often little co-ordination among donors – for instance, there are seven separate databases in Somalia, said McLean, and monthly stipends can vary widely.

In Uganda, authorities are investigating reports of fraud after the government used its own biometric registration system for refugees.

And if there’s no clean water or health service available, then refugees can’t spend money buying water or medicine.

But most scholars agree that switching to more cash aid would save more lives, a 2016 briefing paper by the Congressional Research Service concluded.

BY MAGGIE FICK AND Katharine Houreld 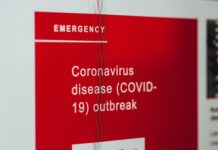 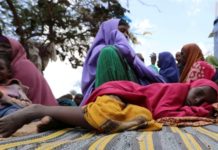