Home Culture/Religion How I Fell in Love with Somalis in the United States, Forget... 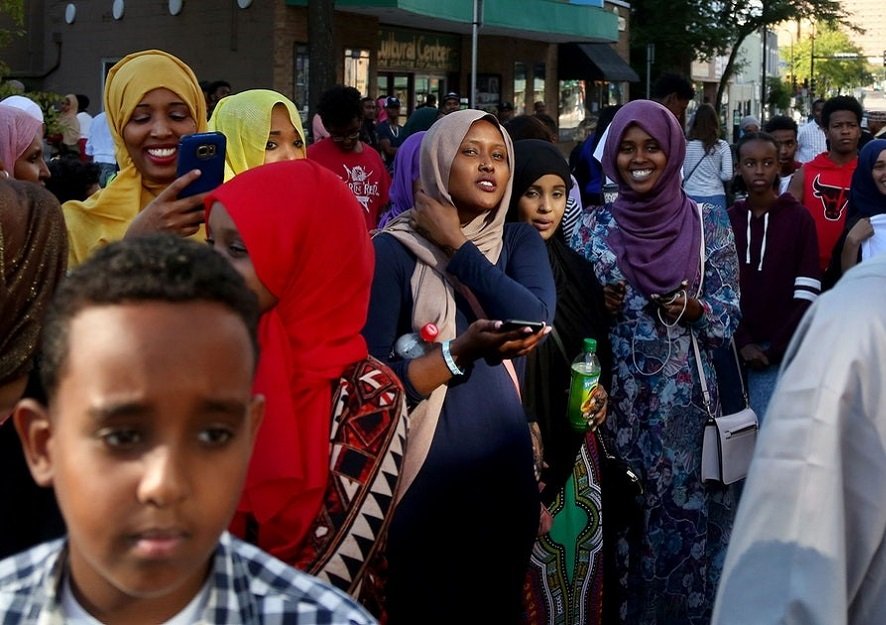 What do you know about Somalia? Have you heard of the famine-stricken country that the news media likes to parade out on network television for a few weeks, so folks can feel sorry for another group of ‘backward’ Africans? Or you know the Somalia that is full of pirates, terrorists, and warlords that keep Somalis soaked in an ocean of blood and disappear.

Do you believe the Hollywood dramatized narratives of Black Hawk Down (2001), Pirates of Somalia (2017), Captain Phillips (2013), or the many other violence-focused film narratives that create an ill-conceived, and generalized stereotype of Somalis?

Now let’s not sugarcoat anything, like the rest of Africa, Somalia has its major nationwide struggles; famine, tribalism, people fleeing neighboring countries-making them refugees; crooked-dysfunctional governments; some more varied violence, and a society that’s in a Detroit-like state.

Nonetheless, Somalia and its people are very resilient, hospitable, tough, innovative, religious, and patriotic group of people. I experienced a first-hand personal-view of the Somali world while living in Columbus, Ohio for more than five years. As a young Ghanaian-American, I was a bit of an outsider when my mother and I moved to Columbus while homeless.

The first group of people that reached out and connected with me were a group Somali brothas at the local mosque. They took the time to get to know me as a person, and as fellow African and Muslim. We clicked, and I began to learn much about the Somali diaspora via living in Columbus (the second largest Somali population in America after Minneapolis-St. Paul).

Somali culture is infused with Islamic tradition; whether through common belief, cultural practices, or dress, the Somali culture is what connects it to Africa and the Middle East simultaneously. In general, Somalis are very hospitable; they’ll give you a ride, pay for a meal, give a gift, or invite you to their home as a sign of respect. 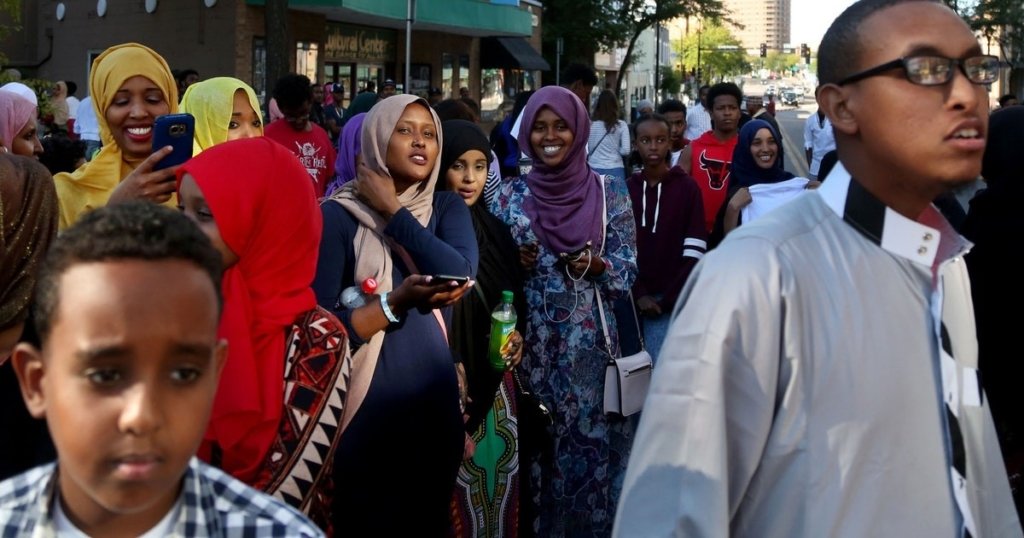 Elders are life in the Somali community, and you will almost always see a group of old Somali male elders sitting at the local Somali café talking about the good-old-days of Somalia, and the happenings in the community. Elders are respected and cared for by their family/clan, and community.

Also in Somali culture; as majority of Somalis are practising Muslims, the mosque is life! The Mosque (masjid) to Somalis is what a church is to most Christians, it is the lifeblood of the community; it is where daily prays are held, it is where Friday sermons are given, religious holidays, funerals (janazaa) are performed, Dugsi (Quran school) is held, community meetings and gatherings, youth events, fundraisers and so much more are generally held at the local masjid.

Mosques are so integral in the community (like any mosques to any Muslim) that you will find a small mosque that used to be a regular apartment, or mechanics garage (until enough funds can be raised to build a new one from the ground up).

In the Somali community, the ‘Qamis’ (or its Arabic term Khameez, or thobe) is life, and the ultimate fashion statement for the men. Somali brothers know how to wear a thobe, and give it its own meaning; with various colors, scented oils, and textures, the qamis is an Islamic fashion statement that plays an integral part of the Somali male identity.

The Somali alphabet is very unique, in that it blends Arabic with its Cushitic language, and produces some wonder names such as; Xassan (Hassan), Raxma (Rahma), or Xamar (local name for Mogadishu).

The country of Somalia fought for its independence on July 1, 1960; neighbors Kenya, Djibouti, and Ethiopia, and its nickname is “The Horn of Africa”. With an estimated population of over 10.8 Million people (UN, 2015), Somalia is a mostly desert land, an area whose people are originally nomadic people, but many have settled into urban areas as well. Somalia used to encompass a much wider range than it does today; but because of colonialism by the French and British who gave some of their land to Kenya, and Ethiopia, and creating what is now known as Djibouti, and the recent autonomous regions of Somaliland (1991), and Puntland (1998). 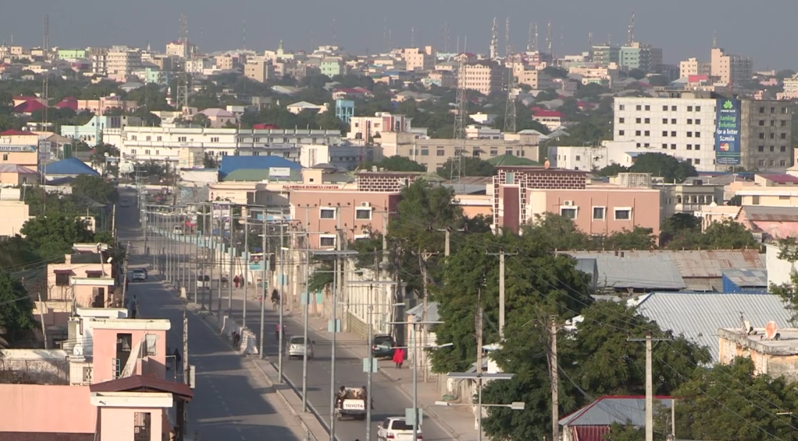 While I’ve never been to Somalia (yet), the pictures I have seen (minus the war-torn images) and the visual picture painted by Somalis themselves of a country that has serious lack of water, but still manages to present a poetic type of beauty, especially through its shoreline beaches. While the Somali climate (weather and political issues) are harsh, this doesn’t stop many Somalis from thriving and making what life they can.

Yo, if you haven’t had Somali food, wallahi you are missing out on some good African cuisine. Living in Columbus, Ohio I tasted some of the best Somali food that the Horn of Africa has to offer. Well-made bariis (Somali word for rice) is the bomb with some goat or chicken stake as pictured in this section. 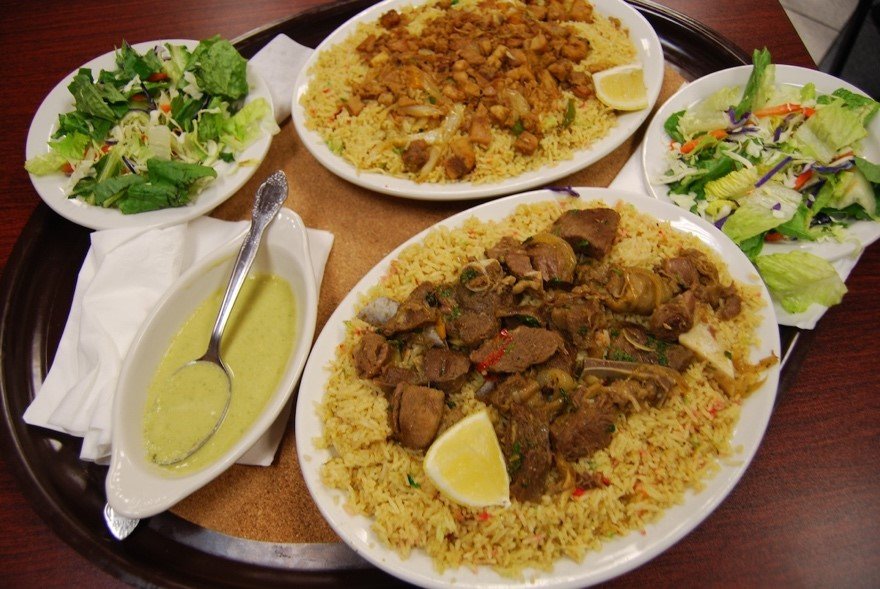 Somali food is very diverse and rich in smells, spices, sauces, and taste. With meats that are tender and juicy, and appetizers such as Samosas; filled with either, meat, vegetable or both. And breakfast food such as Sorghum porridge or Eid bread. Check out these sites for a list of more Somali cuisine; My Somali Food; The Somali Kitchen; Introduction to Food from Somalia; The easiest way to cook Somali food (YouTube video).

Depending on where you go, what clan or region a person is from or who is cooking determines the taste from dish-to-dish. Oh, and don’t forget to have banana near-by, it’s a Somali tradition.

My Somali friends and I used to joke about how you could find a Somali everywhere, no matter where in the world; China, Alaska, Mississippi, Russia, and one day on the Moon. But it is no joke, the Somali diaspora is largely spread throughout the globe, all estimated 1.5 million Somalis.

Somalis are nomadic, so it is not uncommon to meet a Somali that has lived in quite a few places. While Somalis tend to go where the opportunities are, they also make the opportunities wherever they settle, as best described in the StarTribune article –Go inside ‘Little Mogadishu,’ the Somali capital of America-.

When Somalis have picked a city or town to call ‘home’, best believe it’s turning into a little Somalia; complete with a mosque, Somali shopping centers, grocery stores, restaurants, daycares, community outreach centers, and a host of other business areas. Somalis, like all African, are entrepreneurs, aside from Senegalese (the most skilled entrepreneurs of West Africa), entrepreneurship is key foundation in Somalia, and the African diaspora; from restaurants to multi-million dollar enterprises, Somalis are a group of Africans that not only build up their community, but contribute greatly to whatever society they’re in, and to the African diaspora. 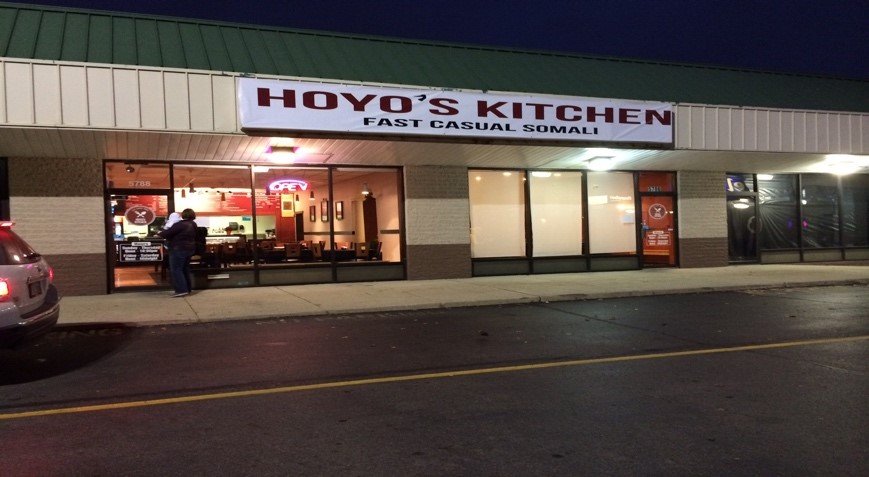 Somalis are Africans who are tough-as-nails, nomadic in nature, and poets at heart. They are a people who have had long and beautiful history and pre-colonial times; and when faced with colonialism, they fought for their independence.

And even through civil war, famine, sectarian/clan violence, drought, and foreign interventions (most of it intrusive) which have forced many Somalis to leave home, it has not stopped them from thriving, and in some respects, are returning home to try and make a better Somali.

The negative side mainstream media constantly shows on the news, TV, and movies points that give distorted, one worldview of a complex people than human beings, who deserve to have their voices, and narrative told from all angles not just the negative. When given lemons, Somalis open up a shop, and call it Abdi’s fresh lemonade.

So, if you don’t know the positive and complex side of Somalia, discover it. If you know some Somalis, ask them questions. If you haven’t had Somali food, try it. If you don’t know about Somali history, and culture, research-ask-discover. I highly suggest you get to know the whole Somalia- the good and bad.

P.S. If it sounds like I’m somehow in love with Somalia, I am. I love it like it was my own.