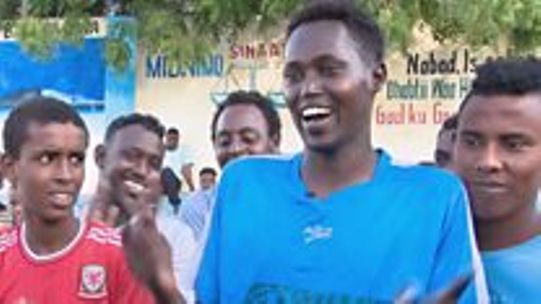 A group of deaf football players in Somalia’s capital, Mogadishu, have set up their own league after being blocked from joining existing teams.

The teams have been playing since 2010, and have been steadily gathering support.

They hope to eventually be recognised by Somalia’s football federation.

BBC News Somali TV went to see them in action.