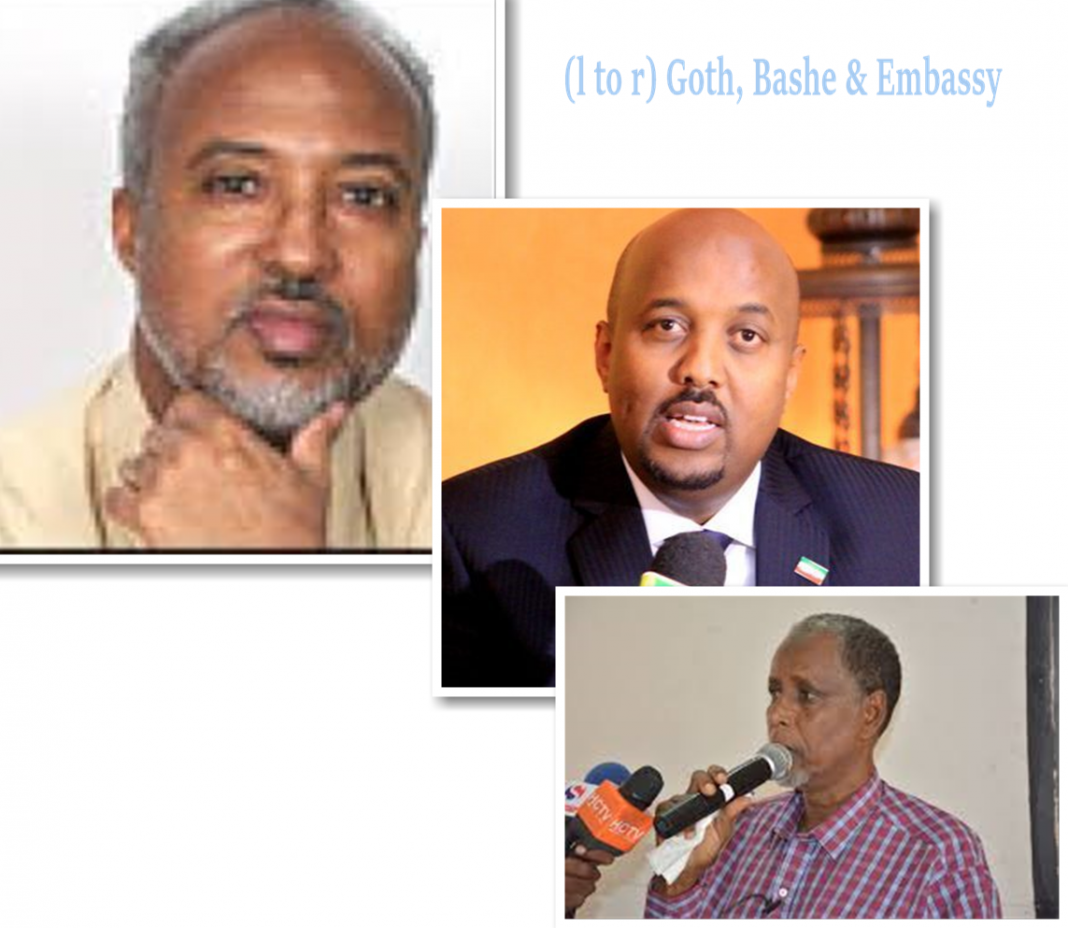 The President of the Republic of Somaliland, His Excellency Musa Bihi Abdi, named five new diplomatic envoys for the United Kingdom, the United States, Kenya, the United Arab Emirates and the East African Community (EAC) bloc.

In Decree number JSL/XM/WM/222-179/082018 of today, Monday, 13 August 2018, President Bihi transferred  the suave, charismatic Ambassador to the Unted Arab Emirates,  Bashe Awil, to the East African nation of Kenya. Hassan Hirad Yassin takes over from him. Ambassador Hassan was an elementary and kindergarten teacher at the Credence school, Dubai, prior to his appointment as Ambassador.

Whilst Bashe is credited for cementing the burgeoning (at least before now)  relationship between Somaliland and the UAE which landed a 420-million investment, where his replacement’s best qualifications for the nomination appears to be his kinship to the President’s elder wife – his immediate paternal aunt, as Social Media pundits have quickly pointed out. Rashid Mohamed Nour ‘Garuf’ is to hand over the responsibility of Somaliland Mission in the US to Bashir Omar Goth – an academician and prolific writer.

The Former Head of the African Educational trust, and, on many an occasion, the Honorary Representative of the United Kingdom in Somaliland liaising between the two nations on diplomatic, economic and developmental issues, becomes the Chief Executive Officer of the newly re-nationalized Berbera Fuel Terminal.

Today’s nominations come in the wake of another bold step the President has taken re-nationalizing the Berbera Oil terminal and vital security services at Egal International airport.

Some observers, however, are already questioning the President’s true motive behind what they call ‘cosmetic changes’ and rhetoric which neither address nor contribute any tangible influence to the eradication of the country’s rampant unemployment or runaway inflation. They say there are mere ploys to temporarily divert attention until such a time the state cedes these same services back to the private sector – only this time to more favored, hand-picked individuals and firms.