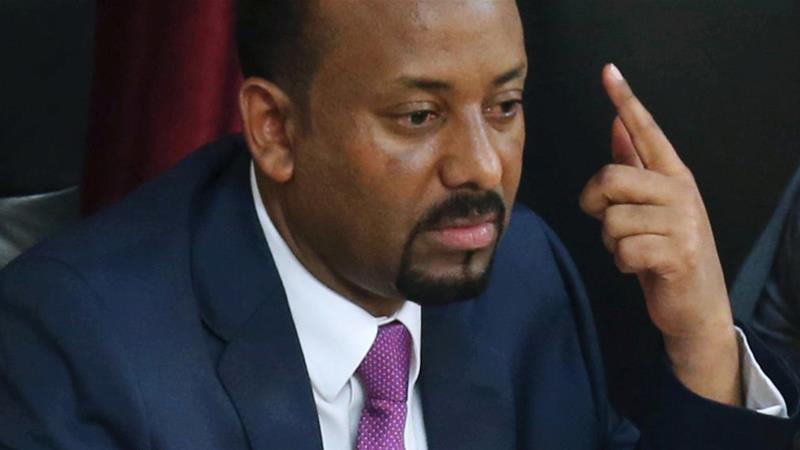 The recent events in Eastern Ethiopia proved once again that the country’s ethnic federalism is not working.

Ahmed also managed to make some progress in resolving Ethiopia’s ever present ethnic tensions that helped catapult him into power. He acted as a unifier and managed to restore peace and stability in some of the country’s most problematic regional states.

However, Ahmed’s efforts to unite Ethiopia has not been completely successful. Ethnic tensions continue to simmer between some ethnic communities, such as Ethnic Somalis and Oromos in Eastern Ethiopia and Oromos and the Gedeo in South Central Ethiopia.

What happened in the Somali region?

Unrest between ethnic Somalis and Oromos first broke out along the border between the Somali and Oromia provinces in September 2017, killing dozens and displacing nearly a million people.

The spectacular upsurge of violence appeared to be caused by grazing rights, even though the tensions between these two communities had many other complex causes – local, regional, political and economic.

Back then, Ahmed was not the country’s leader yet; however, as Deputy President of the Oromia regional state, he oversaw efforts to contain the situation. Unfortunately, he achieved minimal success.

Nonetheless, the violence gradually subsided and when Ahmed came to power in April, security was improving in the area – even the return of those displaced during the conflict was about to commence. As soon as he took office, Ahmed started working to speed up the normalisation process, even choosing Somali regional capital, Jigjiga, as the destination of his first domestic trip.

However, it soon became apparent that the Somali region’s president, Abdi Mohammed Omar, did not support Ahmed’s reform agenda. Omar remained loyal to the Tigray People’s Liberation Front (TPLF), which dominated the country’s ethnic coalition before Ahmed’s ascend to power. With TPLF’ support behind him, Omar repeatedly refused to meet with officials from Ahmed’s federal administration and made it clear that he is not willing to collaborate with them to bring the region back to normalcy.

Moreover, Omar continued to use regional para-military forces known as “Liyu” Police to attack ethnic Oromos across the borders between the two regional states. And in early July, Human Rights Watch published a report on torture in a notorious prison in the Somali region and called Abiy Ahmed to order investigations and hold regional authorities accountable. Ethiopia’s own Human Rights Council also put forward reports detailing human rights abuses committed by local authorities in the region. These reports were soon corroborated by widespread popular protests against Omar’s oppressive rule – protests that the regional leader tried to suppress using threats and violence.

Thus, PM Ahmed felt obligated to intervene, and sent the Ethiopian Defense Force to the area on August 3. Unfortunately, the arrival of the federal army caused a violent escalation. Federal forces exchanged fire with Omar’s Liyu forces and mobs loyal to the local leader attacked businesses that belong to non-Somali residents. Few Ethiopian Orthodox churches were also burned in the region’s capital, Jigjiga.

Meanwhile Omar threatened to secede from the federation by using Article 39 of the Ethiopian constitution, which entitles regional states the right to self-determination, including secession.

The situation appeared to calm down following a violent couple of days, with Ethiopia’s federal army taking control of the capital and some other towns within the region that the violence had spread to. Abdi Mohammed Omar was forced to resign and eventually detained, with the region’s 32-year old finance and economic development head, Ahmed Abdi Ilkacase, taking his place as interim leader.

However, on Monday August 13, region witnessed a new escalation, with Liyu forces loyal to Omar carrying out cross-border attacks in Oromia’s East Hararghe district. At least 40 ethnic Oromos were killed during the attacks.

Now, containing the Liyu forces that are loyal to the ousted regional leader and ensuring the security of all the region’s residents should be the federal government’s priority.

However, to prevent further violence in the long term, PM Ahmed must start looking for a solution that would resolve ethnic tensions not only in this region, but across Ethiopia.

The need for a new federal arrangement

PM Ahmed should consider the recent events in the Somali and Oromia provinces as a wake-up call and start working towards implementing structural reforms to the federal system that could help improve ethnic relations.

The ethnic-federalist system that has been in place in Ethiopia since 1995 has clearly failed to nurture tolerance among the country’s various ethnic groups. The current form of federalism is accentuating conflicts of interest between ethnic groups and fueling polarisation instead of promoting values of coexistence, unity and solidarity.

The regional constitutions also play an important part in this.

As a result of these articles, although Ethiopians of diverse backgrounds had long been living almost everywhere in the country, when ethnic tensions arise, citizens who reside in regions that are dominated by other ethnic groups risk being perceived as “settlers” occupying another group’s land.

For example, when the Somalis evicted the Oromos from the Somali region, it was because they felt the Oromos living there were “settlers” who are not entitled same rights they do. Similar situations had also occurred in Benishangul Gumuz and Oromia regions, where thousands of Amharas have been evicted from their lands, for same underlying reasons.

Moreover, ethnic federalism is allowing rival groups within the country’s ruling EPRDF coalition to use ethnic tensions to further their political agendas.

Today many in Ethiopia believe the country’s old establishment, TPLF elites chief among them, are either directly provoking or prolonging ethnic conflicts in order to hinder the new government’s reform efforts. This is not a baseless assumption, especially in light of the TPLF’s apparent support of Omar’s actions.

Ahmed needs to take drastic action to prevent his adversaries from using the faults of ethnic federalism to fuel other ethnic conflicts. This is why, on top of offering local solutions specific to each community and region’s problems and needs, Ahmed should also consider introducing new structural mechanisms and drastic federal reforms to improve ethnic relations in the country at large. This appears to be the only way to stop time-bomb situations like the one in the Somali region from disrupting a reform agenda that has excited Ethiopians the most.

Lastly, Ahmed should also be concerned about mob violence fueled by some segments of the youth. Unfortunately, the vigilante justice by such mobs in central Ethiopia shows that Ahmed and his partners are not fully in control of the state. Thus, besides the need to introduce structural solutions to ethnic tensions, Ahmed’s administration should also responsibly utilise the coercive instruments of the state and ensure peace and stability.

Yohannes Gedamu is a lecturer of Political Science at Georgia Gwinnett College in Lawrenceville, GA, US.