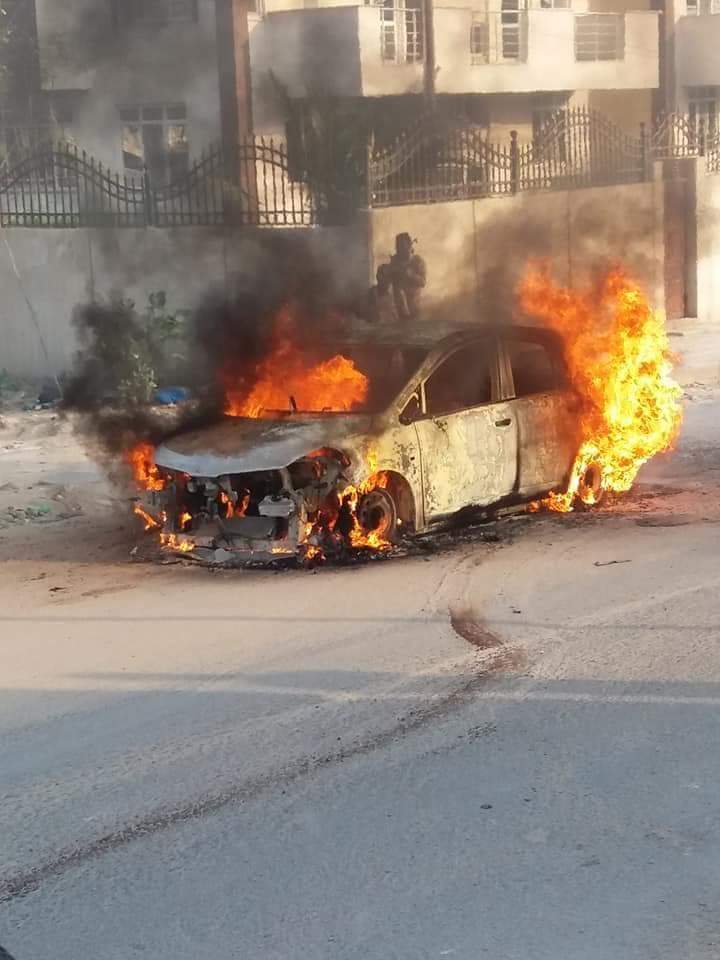 At the Taleh road junction, located at one of the most heavily populated business and residential locality of Hodan, Mogadishu, Somalia, two more security officers barely escaped with their lives, Wednesday.

Eyewitnesses said an IED rigged on the car the two officers were driving ripped through the vehicle.

The officers and several bystanders were wounded by the last and were rushed to hospitals.

It was sheer luck that the two were not blown to smithereens as intended.

Last evening’s targeted blast closely follows behind a more fatal one which killed two other security officers the night before.

It appears that Shabaab’s sleeping cells in Mogadishu are daring the government as they pick up one-to-one assassinations, car blasts and, on occasion, head-on armed clashes with security personnel manning checkpoints at entrances of government structures.

Most operations, most alarmingly either happen on broad daylight or early evenings and at heavily populated areas.

On another development, Al Shabaab fighters took over some parts of Merca coastal town in the Southwest Federal State of Somalia Wednesday.

Reports from the town said the fighters over-powered a number of Somalia National Army posts inside the town.

Merca has, for the past year, changed hands several times. It was only a few weeks ago that the SNA supported by AMISOM contingents drove the Islamist fighters out of the city, although they were not able to secure all the approaches outside the city.

Al Shabaab, not letting up its offensive, continued to engage both SNA and AMISOM troops along the 93-km road which links the small, but ancient port town of Merca to the capital of the FGS, Mogadishu.