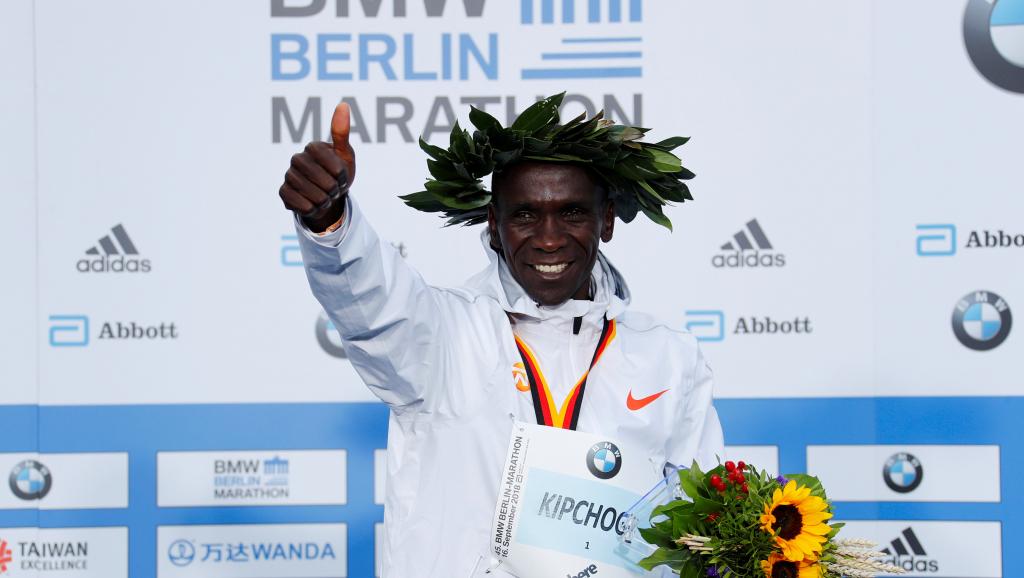 2 hours 1 minute and 39 seconds. Eliud Kipchoge has just sprayed the marathon world record in Berlin. The Kenyan clears the time of his compatriot, Dennis Kimetto who had completed the race in 2 hours 2 minutes and 57 seconds. It was also in Berlin in 2014

He crossed the line, applauded, before falling into the arms of his trainer, to kneel and pray.

Eliud Kipchoge, 33, broke the record by more than a minute. He becomes the king of 42 km and confirms his status as one of the greatest riders of all time.

His record is dreamy. He was World Champion in 5000m in 2003; Olympic marathon champion in Rio two years ago and winner of seven major marathons in the last four years.

The specialists knew that Eliud Kipchoge had the world record in the legs. Last year, in Italy, the Kenyan had run in 2 hours and 25 seconds , a hallucinating time but realized in conditions not homologated, on a road course, with riders serving him hares and refueling optimized.

The meeting in Berlin was therefore expected, while the German capital is the rendezvous of the fastest races, with six world records beaten for eleven years.

However, the test of the day was not obvious for Eliud Kipchoge. The athlete started so fast that he was alone on the 25th kilometer with no competitor to help him keep up the pace. But Kenyan has held to the end.

”  I thought of all the efforts made in recent months, during the last kilometers. It helped me  , “he responded after the race.

A performance that does not surprise René Auguin, head of the elite plateau of the Paris Marathon.

We knew he had the world record in the legs, it only needed a good weather.
René Auguin, manager of the elite plateau of the Paris Marathon
17-09-2018 – By Hugo Moissonnier