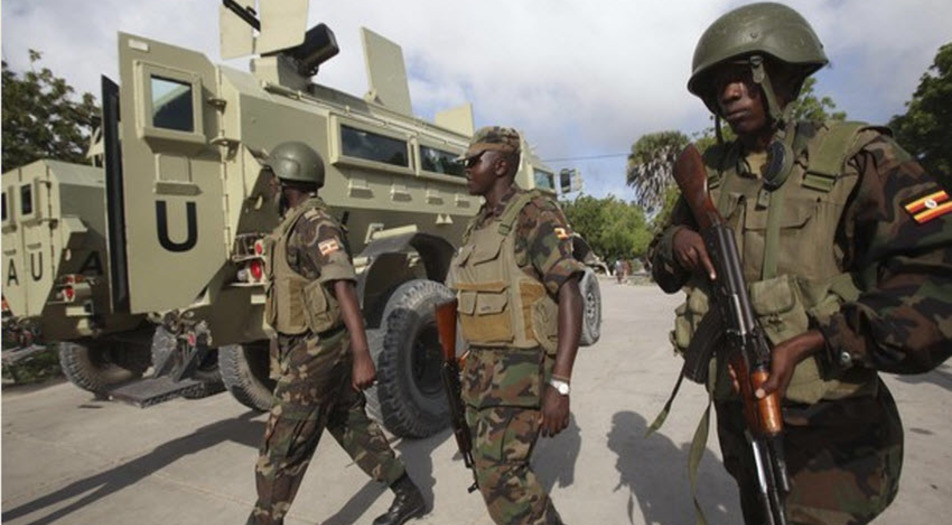 UK, Somalia, Italy and Ethiopia at the UN General Assembly bring together international partners in support of Somalia’s security, political and economic reforms on 27 September 2018.

Today the UK, Somalia, Italy and Ethiopia brought together international partners in support of Somalia’s security, political and economic reforms.

Minister Baldwin praised the bravery and positive impact of African Union Mission in Somalia (AMISOM) troops and the Somali forces who are fighting against Al Shabaab and restoring stability to the country. She emphasised the importance of a successful transition of responsibility for Somalia’s security to its own forces. A rushed withdrawal, without sustainable and predictable funding in place, would jeopardise the fragile progress made over recent years.

During her visit to Kenya (30 August 2018), the Prime Minister announced over £7 million of additional funding to support AMISOM’s work. She called on the international community to join the UK in providing additional funding to AMISOM to ensure it was sufficiently funded to deliver a successful security transition.

“Somalia has a real chance for a better future. One that allows its people to flourish, provides no space for terrorist groups, and contributes to regional stability.

Helping to build that future must be a truly international effort. Today I am calling on Somalia’s friends to contribute to ensure sustainable funding for AMISOM.”

“The Federal Government of Somalia remains committed to implementing the key political, economic and security reforms that will help Somalia emerge from the many difficult years it has experienced. The support of the international community has been vital to Somalia thus far. We look forward to continued engagement and support with our international partners as we advance our reform agenda and the transfer of responsibility for Somalia’s security from AMISOM to Somali security forces.”

The UK is a leading partner for Somalia, and the second largest bilateral donor. This financial year, the UK will provide approximately £313 million of support to Somalia, contributing to the country’s stability and helping to make a tangible difference to the lives of its poorest and most vulnerable people.

During her recent visit to Kenya, Prime Minister May announced additional funding for Somalia. Over £25 million will support Somalia’s efforts to build a stable and democratic political system, including future one-person-one-vote elections. Further funding of over £60 million will provide lifesaving food, clean water and medicine, along with support to find stable jobs, to help over a million people cope with and recover from the impact of conflict and drought.