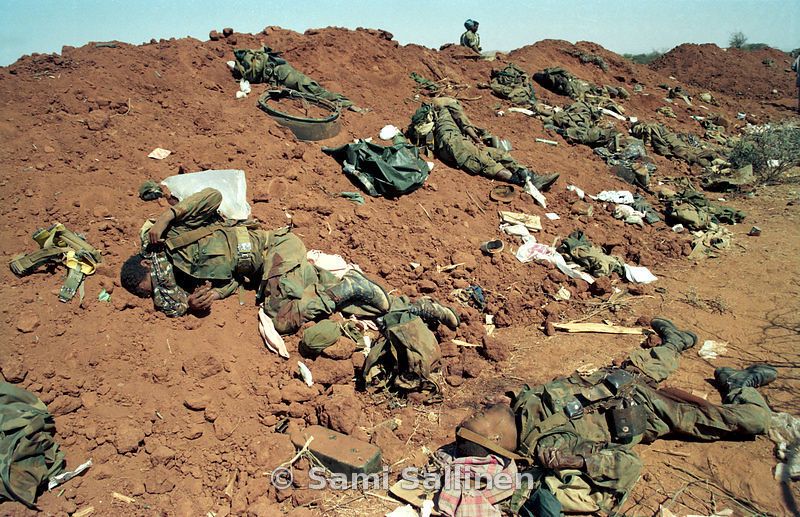 Roving militias killing civilians. Prisoners stripped naked and rolled in hot ashes. “Mafia”-style murders and violence that forced more than a million people from their homes.

That’s the legacy that Mustafa Omer, the new president of Ethiopia’s gas-rich Somali region in the east, will have to overcome following the ouster after 11 years of the previous administration. His success could prove a crucial bellwether for efforts to usher in political freedom and reform the powerful security services across the entire Horn of Africa nation.

“The top leadership of the Somali region acted like hooligans for a long period of time: you had mafia-style leaders who were killing their own people,” Mustafa said in an interview. Now, after his predecessor Abdi Mohamoud Omar’s arrest, “the federal government wants to take reform into all regions, politically and security-wise.”

Upheaval in the Somali region is closely linked to the seismic shift Prime Minister Abiy Ahmed is overseeing in Africa’s second-most populous country as it loosens control of the economy, frees thousands of detainees and welcomes once-banned opponents into mainstream politics. Recent violence and thousands of arrests after two rival opposition groups returned to the capital, Addis Ababa, shows the hazards of such fast-moving change.

Abdi has been in an Addis Ababa prison since August, awaiting trial on suspicion of direct involvement in human-rights abuses. Bloomberg wasn’t able to make contact with his legal representatives. Abdi’s mother, Diib Mahad Olow, appeared on Somali-language Universal TV on Sept. 6, asking that prosecutors and Abiy free her son who she said was arbitrarily detained.

“If my son has committed crimes against you, the Somali people, I request you to forgive him and help him to get out of prison,” she said.

The Somali region, bigger than France and home to sizable natural gas reserves, is landlocked Ethiopia’s gateway to neighboring Somalia, where Abiy’s government has pledged to co-develop four seaports, as well as a trade corridor to Djibouti and Kenya.

Violence erupted in late 2017 when efforts to demarcate the Somali region’s more than 900-mile boundary with Oromia state started threatening supply chains for contraband and black-market dollars, and ensnared rogue figures in the federal military and intelligence establishment, Mustafa said.

Hundreds of thousands of civilians fled their homes in a conflict between Somali and Oromia communities that Mustafa said was initiated by the Liyu Police, enforcers loyal to his predecessor, before spiraling into tit-for-tat violence.

‘Crisis in the East’

After an attack by regional forces on elders and opposition activists in the region’s Dire Dawa city forced about 4,000 people to flee to Djibouti, national authorities decided to act, according to Mustafa, who cited a federal military intelligence report. Their forces ousted and later arrested Abdi.

“The guidance from the military was that situation on the ground was getting out of hand,” Mustafa said. Addis Ababa “would not have been able to focus on any project without resolving the crisis in the east. Every day people were dying and this was becoming an international scandal for the government.”

Still, the federal troops surrounding Mustafa’s villa in the regional capital, Jijiga, show he’s not sitting easy. Imposed by Abiy’s government, he has to build trust with the local community while maintaining the loyalty of the Liyu Police.

That force, which numbers as many as 15,000 officers, according to figures Mustafa was shown by the federal government, has been accused of years of serious abuses, including against rebels seeking self-determination.

Ethiopia’s “bigger crisis” is reorganizing the entire security sector, which has no clear division of responsibilities between federal institutions like the army and police, and regional law enforcement, special police and militias, Mustafa said. Some Ethiopian regions are reluctant to abolish their special police and there’s confusion over a mandate given by the ruling politburo in December, he said

Allegations of abuse in Ethiopia extend far beyond the Somali region, where detention without trial has been widespread. Abiy has signaled change, in June calling torture unconstitutional and a “terrorist act.”

The Liyu Police commander and his deputy have been replaced and the force will be paid and “professionalized,” with observation of human rights a “red line,” according to Mustafa. He said the former administration also paid a youth vigilante group and as many as 30,000 armed members of a non-uniformed militia.

Mustafa acknowledges keeping the Liyu loyal is his main issue. In his first days in office there was a danger of them rebelling and fighting the army in Jijiga, he said.

“The security challenges will not be overcome overnight — we need to give Mustafa time,” said Abdiwasa Abdillahi Bade, an assistant professor of political science at Addis Ababa University. “The new president is starting from scratch. Zero.”