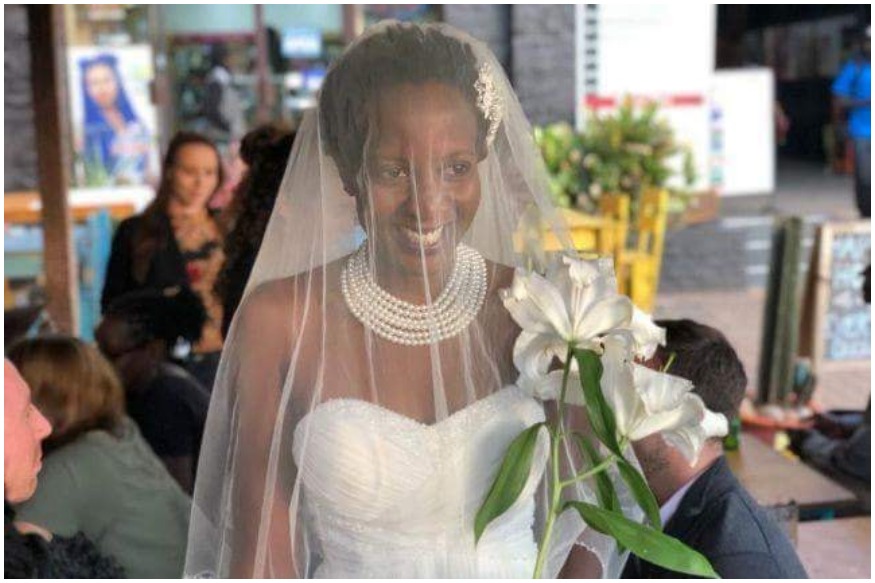 The act of marrying oneself is called ‘sologamy’.

Tired of parents putting pressure on you to get married? Well, you can simply follow the example of 32-year-old Lulu Jemimah, who caved in to parental pressure and married herself.

Yes, you read that right, Jemimah, an Oxford University student from Uganda, tied the nuptial knot with herself in a bar in Uganda. The decision to marry her own came after Jemimah was hounded continuously by her parents to find a match and settle down.

In a mock ceremony that was held on August 27, Jemimah put on a white gown, walked down the ‘aisle’ and even gave a small speech at the end of the ceremony, explaining lack of the groom to her guests. The act of marrying oneself is called ‘sologamy’, a practice that is fast gaining currency among people across the world.

The ceremony took place in Quepasa Bar in the Ugandan capital Kampala. According to a GoFundMe page that Jemimah had previously created to fund her education, said her father had written her marriage vows when she was 16-years-old and that her mother always prayed that she found the right match. But the 32-year-old who is a pursuing a masters in creative writing, said that marriage was the last thing on her mind.

Though Jemimah’s parents did not attend the ceremony, she later called her mother and explained things to her. And while her parents may not be as cheerful at their daughter’s response to their pleas, the internet was sure pleased and showered their good wishes on the free-spirited woman.

@Gidi_Traffic 32-year old Lulu Jemimah got 'married' to herself in Uganda after she grew tired of being asked when she was going to find a husband and settle down. In spite of her success, all her parents could think about when she was going to get a boyfriend and tie the knot pic.twitter.com/Z4G5hZcoiP