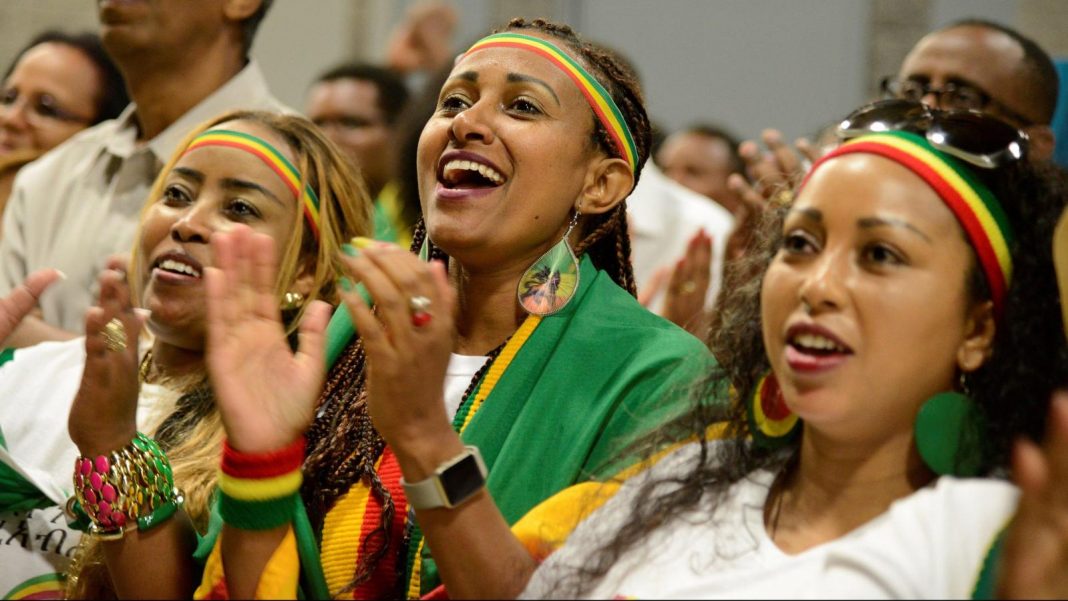 In a cabinet reshuffle on Tuesday (Oct. 16), Abiy cut the number of ministries from 28 to 20 and named 10 women among the new appointees. Women will now run key dockets including defense, trade, transport, and the newly-established ministry of peace that will tackle the wave of ethnic violence that has swept the country. Abiy said the move was meant to “show respect” to the women’s participation in nation-building and to “disprove the adage that women can’t lead.”

The record 50% female representation is a win for the new premier who has undertaken strategic and radical reforms, both domestically and externally, since coming to power in April. The sweeping reshuffle is also a win for Ethiopia’s diverse federalism: with over 80 ethnicities, the Horn of Africa nation has long been dominated by few groups. Abiy himself was elected on the back of protesters who for three years demanded land reform, full political participation, and an end to human rights abuses in the country.

His new cabinet now comprises members of the Afar community—defense minister Aisha Mohammed—besides Somalis—finance minister Ahmed Shide. At least half of the cabinet ministers are also PhD holders. Abiy said the new cabinet will be expected “to reform their respective ministries, remove the walls of bureaucracy, bring innovation and technology to provide services efficiently.”

Achieving gender parity is an issue that continues to dog electoral politics not just in Africa but across the world. Rwanda is an example that is regularly cited, with women holding the most number of seats in parliament. Yet much of that success is thanks to gender balance quotas, which the country adopted in 2003—a strategy that has proved to have moderate success in attaining a measure of gender balance in politics elsewhere. A case in example is Somalia, where female representation in parliament increased by 10% in the 2016 polls thanks to a quota system that reserved 30% of the seats for women candidates. Yet in neighboring Kenya, a country that prides itself on its progressive reputation, gender balance quotas are yet to be realized.

These are the women in PM Abiy Ahmed’s Downsized Cabinet For the second time since becoming Ethiopia’s Prime Minister, Abiy Ahmed formed a new cabinet today. But unlike the first one, PM Abiy has downsized the number of ministers from 28 to 20 and equalized the gender composition to 50% women and 50% men; he also gave key positions, such as minister of peace and defense, to women ministers, a move applauded by many.

The prime minister presented his new cabinet members to the House of People’s Representatives (HPR) this morning, and secured the house’s unanimous approval for the new draft bill No. 1097/2018, authorizing the power and responsibilities the new executive organ.

The new ministerial portfolio will have a record number of female ministers consisting 10 out of the 20 ministers. This include the position of ministry of defense, which will be held by a woman for the first time in history.

Accordingly the following are list of the ten women ministers

The following are list of the ten men ministers:

Berhanu Tsegaye – Attorney General with the Rank of a Minister

Breaking: PM #AbiyAhmed dissolved the Government Communication Affairs Office, which was led by Ahmed Shide with ministerial portfolio and instated it under the Prime Minister’s office. Ahmed Shide will be announced the new minister of finance. Parliament is in session. pic.twitter.com/39ia7v17y5 – Addis Standard (@addisstandard) October 16, 2018

The other major reshuffle is the dissolving of the Federal Government Communication Affairs office led by Ahmed Shide with ministerial portfolio. GCAO is no more and its mandate is restructured as press secretariat under the prime minister’s office.