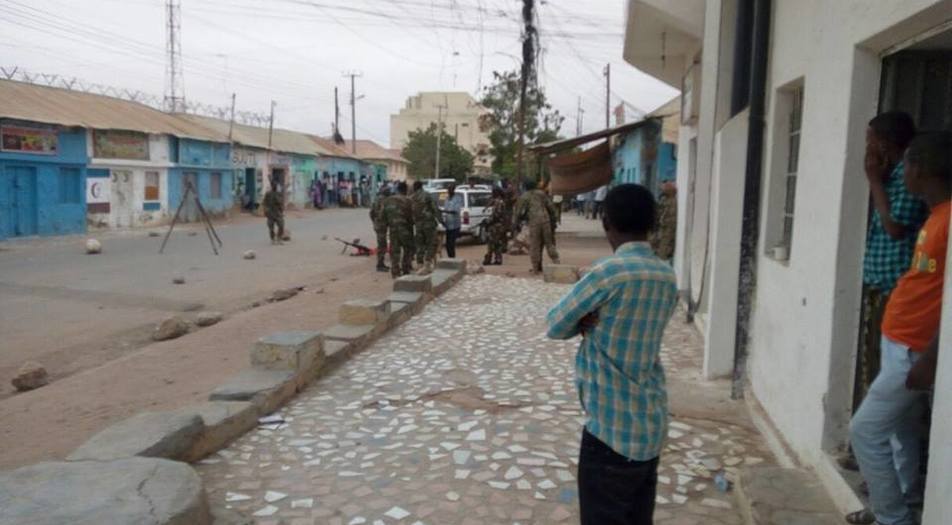 Puntland soldiers have staged a short-lived mutiny over salary arrears in the capital, Garowe on Saturday ahead of a key summit which brings together the leaders of Council of Inter-state Cooperation (CIC), Garowe Online reports.

Nugal Stabilization force commissioner, Gen. Muhyadin Ahmed Muse and other senior security officials intervened in the situation and convinced the state forces to return to their barracks.

In 2016, soldiers took control of the central bank in Garowe in protest at lack of payments, the latest in series of mutiny since the incumbent President, Abdiweli Mohamed Ali Gaas came to power in 2014.

Saturday brief mutiny comes as the leaders of Jubbaland, Southwest, Galmudug are arriving in the city for the CIC forum which is expected to dominate security and the interests of the Federal Member states in the bloc.

Last month, the regional leaders suspended cooperation with Somalia’s central government in Mogadishu, accusing it of interfering with regional issues, failure to implement security architecture and not fulfilling political agreements.