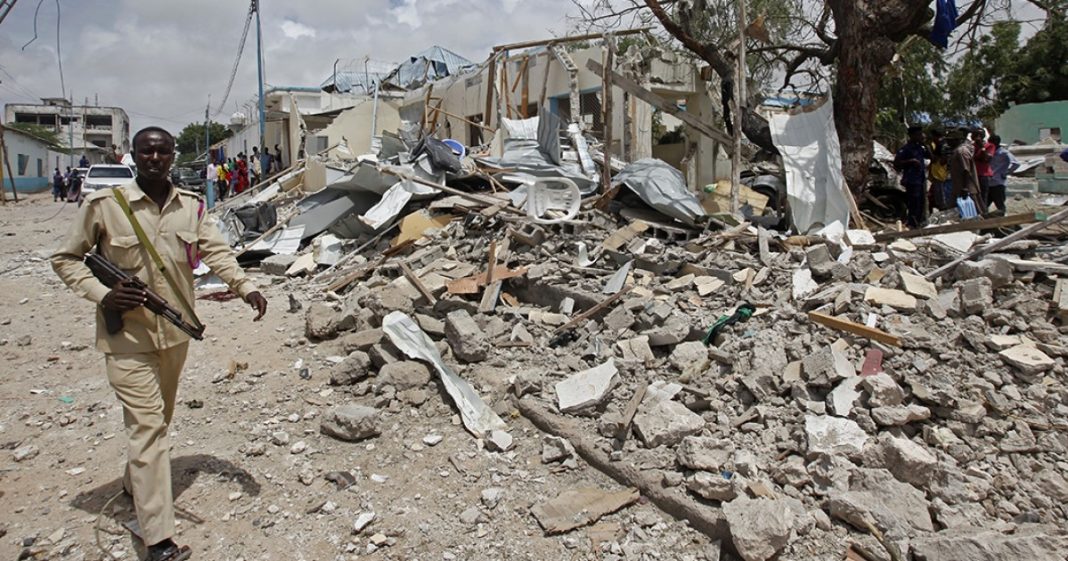 America’s wars in Yemen, Somalia, and Niger are not secret, but they manage to fly under the radar for months at a time, unless something goes dramatically well, or terribly wrong.

Last year when U.S. Africa Command revealed that four U.S. special operations soldiers were killed in a fierce firefight after being ambushed in Niger, most Americans had no idea the U.S. had roughly 800 troops in the North African nation, more than were in Syria at the time.

This week, Africa Command issued a routine news release noting a previously announced U.S. airstrike was believed to have killed 60 al-Shabaab militants on Oct. 12, the largest body count in a single strike since last November, which killed an estimated 100 enemy fighters.

So far this year, the U.S. has conducted 27 strikes against Shabaab in Somalia, on pace to eclipse last year’s total of 31, according to a tally by the Foundation for Defense of Democracies’ “Long War Journal.”

In Yemen, a small number of U.S. special operations commandos are hunting members of al Qaeda in the Arabian Peninsula, called AQAP, who continue to plot attacks against the U.S. from ungoverned parts of the country. The commandos operate separately from a Saudi-led war aimed at defeating Iranian-backed Houthi rebels and installing a legitimate government.

The three “lesser” wars are rarely talked about by Defense Secretary Jim Mattis or other senior Pentagon leaders, and often the only official reminder that hundreds of U.S. troops are engaged in dangerous combat is when an official causalty notice is released. One of those came in June when it was announced Army Staff Sgt. Alexander Conrad was killed by enemy indirect fire in Somalia.

“Certainly in terms of public attention, they receive much less,” said Daveed Gartenstein-Ross, a senior fellow with Foundation for Defense of Democracies.

These days, America’s counter-terrorism missions are pretty much fought the same way, whether they are against the Islamic State in Iraq and Syria, or the Taliban in Afghanistan, or against other groups in Yemen, Somalia, and Niger.

Small numbers of highly-trained U.S. special operations troops provide arms and advice to local forces, accompany them to their targets, and call in U.S. air power if necessary.

Technically the American forces are not on the front lines. Instead they hang back while “partner forces” do the actual fighting.

“From 2006 onward there’s been a devolution of responsibility to local partners with the U.S. playing a more of a surgical role in terms of its strikes,” Gartenstein-Ross said. “So I think that it’s the model of the future, but it’s also the model I would say of at least the past 12 years.”

The strategy is designed to keep U.S. troops out of the line of fire, because recent history has shown that the support of the American people declines as American casualties increase.

Still, as deaths in all the current operations underscore, there is no totally safe place in an active war zone. Support is also maintained if the conflict stays largely out of the news.

To that end, unlike the high-profile wars in Iraq, Syria, and Afghanistan, the wars in Yemen, Somalia, and Niger don’t have operational names such “Inherent Resolve” (Iraq/Syria) or “Resolute Support” (Afghanistan), missions that also have their own webpages and public affairs operations to tout their successes.

Similarly, while U.S. Air Forces Central Command posts airstrike data for those missions, it posts nothing for Somalia and Yemen, two countries also in their area of responsibility.

And since the Defense Department discontinued weekly on-camera briefings nearly five months ago, not only is no one at the Pentagon talking about the shadowy wars, there’s nobody to ask either.

and national security. His newsletter, “Jamie McIntyre’s Daily on Defense” goes out each weekday morning to thousands of national security professional and opinion leaders. An internationally known journalist with more than 40 years of experience, he served as CNN’s military affairs and senior Pentagon correspondent from 1992-2008 and Al Jazeera America’s national security correspondent from 2014-2016. McIntyre began his career in radio in 1976 at WTOP, the all-news station in Washington, and was a newscaster for NPR’s “All Things Considered” from 2011-2014. He holds a bachelor’s degree in broadcasting from the University of Florida and a master’s degree in journalism from the University of Maryland, where he also serves as an adjunct instructor.