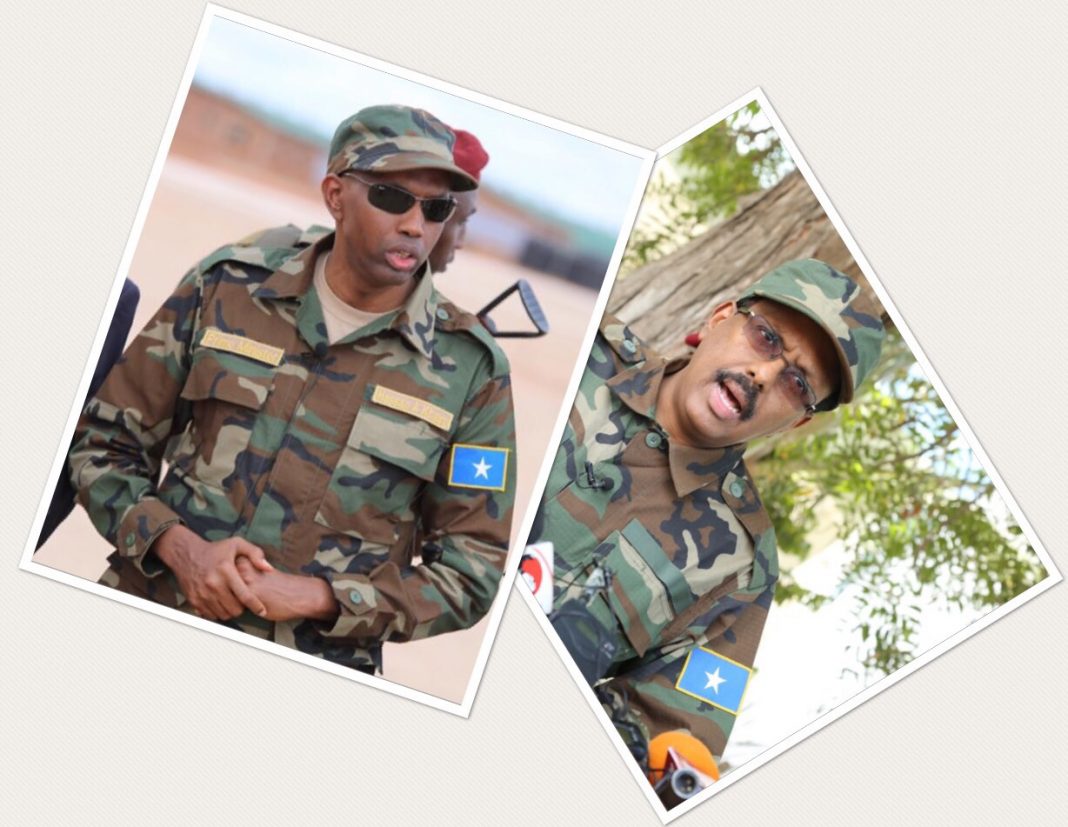 Somalia should be enjoying a honeymoon period, having achieved a peaceful transition of power between outgoing and incoming presidents last year.

Yet doubts over its new leadership are spiralling. These concerns are shared internally, regionally and at an international level.

The most treacherous period in the affairs of a nation is often during apparent lulls when matters appear to be improving.

Somalia has had its share of suffering. It epitomised the concept of failed state for the best part of two decades. Its post-2006 rehabilitation has been a product of painstaking diplomacy and gargantuan peacekeeping efforts, not least by members of the African Union.

There have been many involved in halting the descent into chaos and bolstering the efforts by Somalis themselves to re-establish state institutions. It is all the more admirable that most involved are unsung, in a world focused on many other conflicts and disasters.

Yet the events of recent months have put the gains in jeopardy. The current travails originate at the top, with a new leader who has a cavalier disregard for the delicate balance of interests in the country.

Hassan Sheikh Mohamud, the man who left the presidency last year, understands more than most the pressures still facing the country. When he spoke in London last week, he pointed out that there was a difference between changing the style of leadership and altering the direction of policy.

Circumstances have greatly changed in the Horn of Africa since he left office. Yet the new landscape does not present an opening for Mogadishu to make dramatic realignments.

Two regional giants of enmity, Ethiopia and Eritrea, have embarked on a reconciliation process, throwing open an apparently frozen regional calculus. Fearing these shifting sands, Djibouti has emerged as a hostile actor.

Meanwhile, as this newspaper reported last week, the proto-independent territory of Somaliland has teamed up with DP World to develop new port infrastructure on the Gulf of Aden. Into this mix can been thrown the pressures exerted by a combination of Qatar and Turkey.

Mogadishu makes its own choices under its new leader, Mohamed Abdullahi Mohamed. Others, including his predecessor, caution the country still needs help from all and would be wise to keep neutrality as a guiding principal.

The UN secretary general’s new envoy for Somalia, Nicholas Haysom, a South African, has also talked about the importance of a neutral outlook to the country.

Somalia has been here before. The debt-fuelled regime of Said Barre collapsed after the Cold War, having tried to play off different sides. It had sucked in plenty of outside support but left a horrendous legacy. A $5 billion external debt remains unpaid since that era and now represents 80 per cent of GDP. Somalia is excluded from the Paris Club of international credit and thus cannot reform its own finances.

Mogadishu is risking its grip on events internally as well. A two-year countdown on elections is ticking ever louder, ahead of the introduction of universal suffrage in 2020. And the fledgling government needs good relations with federal states. Instead there is a steadily intensifying power struggle over resources. As a result, the timetable towards a one man, one vote method of selecting a new parliament is now in deep trouble.

Unpicking the current mosaic of clan elders who pick parliament – which chooses the president – was already a challenging task. With the federal states fearful of a power grab by Mogadishu, fresh minefields have been laid for the process to traverse.

Infighting does not help efforts to crush the last remnants of Al Shabab, the Al Qaeda-linked extremists. This month marked the anniversary of the Al Shabab blast in Mogadishu on October 14 last year, which killed more than 500 people. Meanwhile, recent attacks have shown the group retains its lethal capacity and reports of purges within its territory point to re-ordering within its leadership. The commanders of the African Union peacekeeping mission have warned that their casualty rate remains stubbornly high, above that of any other comparable multi-nation operations.

The incentives for self-governing parts of Somalia, most notably Somaliland and Puntland, to reconcile with Mogadishu are simply no longer on offer. Somaliland in particular has its distinct heritage, good governance reputation and is more democratic than the rest of the country. The loss of momentum in Mogadishu is now playing a decisive role in its quest for independence.

Signs of hope abound in Somalia. In Mogadishu as in Somaliland, there is genuine innovation in the creation of a cashless society. The restoration of trading conditions for the shilling has been great success. External funding, helped by an infusion of EU grants last month, is bringing in amounts that can make a difference.

But it is political concerns that are again clouding the horizon. Once a staple of the news agenda, Somalia has receded from the headlines but has yet to banish the instability of the past. Peace remains an incomplete and ultimately unstable project.