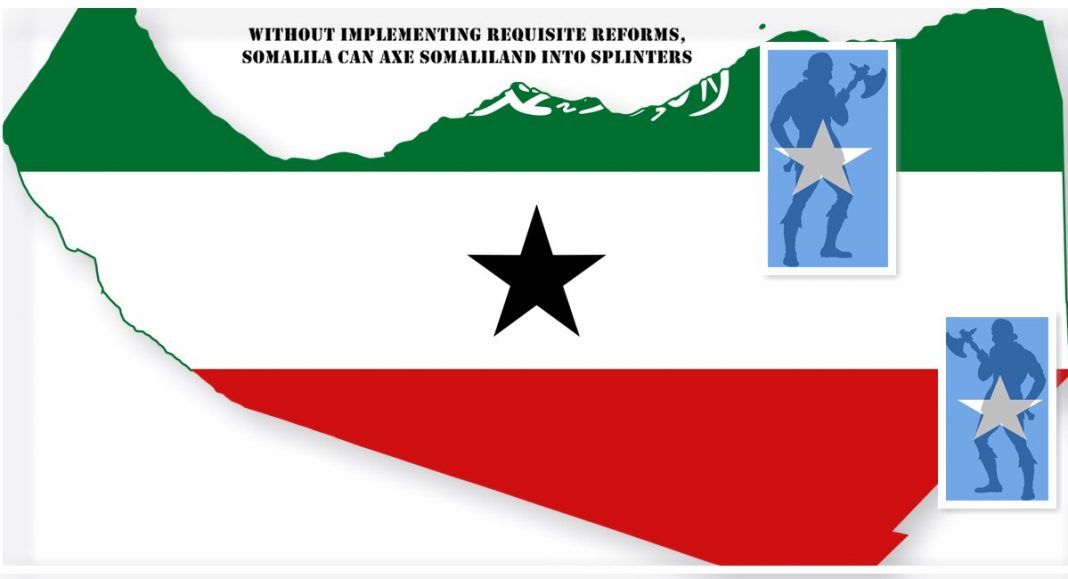 The Fifth Somaliland President, Muse Bihi, is facing political and constitutional challenges. How handles those challenges will foreshadow his legacy when his term in office ends. Two main constitutional hurdles President Bihi has got to surmount are: the position of Waddani on the members of the electoral commission; and the call to reform the Somaliland constitution.

Waddani views those two stances as a strategy to address the lopsided electoral system of Somaliland which, in the words of Senior Waddani leadership member, Ismail Hurreh  Bubaa, was devised to prevent  leaders belonging to certain Somaliland social groups from winning a presidential election.

The second challenge with which the ruling party is grappling revolves around the Somaliland constitution. “Waddani calls for   constitutional reform. Article eight of the constitution affirms equality of citizens but it is not applied equally. Some people enjoy more rights than others; some   citizens have  access to more resources while others remain  underprivileged” Barkhad Jama Batuun,  Head of Waddani’s Directorate of Justice told the media. Jama criticised MPs from under-represented constituencies for not raising   questions about under-representation for the last 12 years. Barkhad: Equality for all citizens in Somaliland

Policy statement of Waddani comes in the wake of calls from a Kulmiye MP, Saeed Mohamed Elmi, who called for the Somaliland government  to commit itself to constitutional reform. “Failure to reform the Somaliland constitution will lead to no agreement between Somaliland and Khatumo, and we, as MPs from those territories, will feel uncomfortable to represent our under-represented constituencies” he said in a statement to the media in Hargeisa. Last week people in Las Anod voiced their concern about the reluctance of ruling party, Kulmiye,  to reform the Constitution. “It is deplorable that the new Somaliland government has violated the agreement Khatumo had signed with the administration of the former Somaliland President Ahmed M. Silanyo,” a Las Anod resident said. Saeed M. Elmi urged the government to commit itself to constitutional reform

The 2001 unilateral referendum conducted by Somaliland government had not taken place in roughly one-third of the ex-British Somaliland then under Puntland administration, and those territories lie in the disputed area inaccessible to aid workers. Since 2007 Somaliland government has relied on subclan ragtag militias whose untrained commanders look upon genuine power-sharing as a threat to their perks. President Bihi is unwittingly undoing his predecessor’s legacy  of which the milestone Khatumo-Somaliland agreement is  the most politically salient  accomplishment.  The former Somaliland President, Ahmed M. Mohamud, was able to run for a second term but honoured the agreement to step down to give the Chairman of the party the opportunity to become the party’s presidential candidate.  Under President Bihi’s watch Somaliland has a government promoting warlordism in some parts of the ex-British Somaliland. Waddani is commendable for taking Kulmiye to task over corruption, unequal distribution of resources, reluctance to sign up to ending under-representation   in many constituencies in Somaliland.