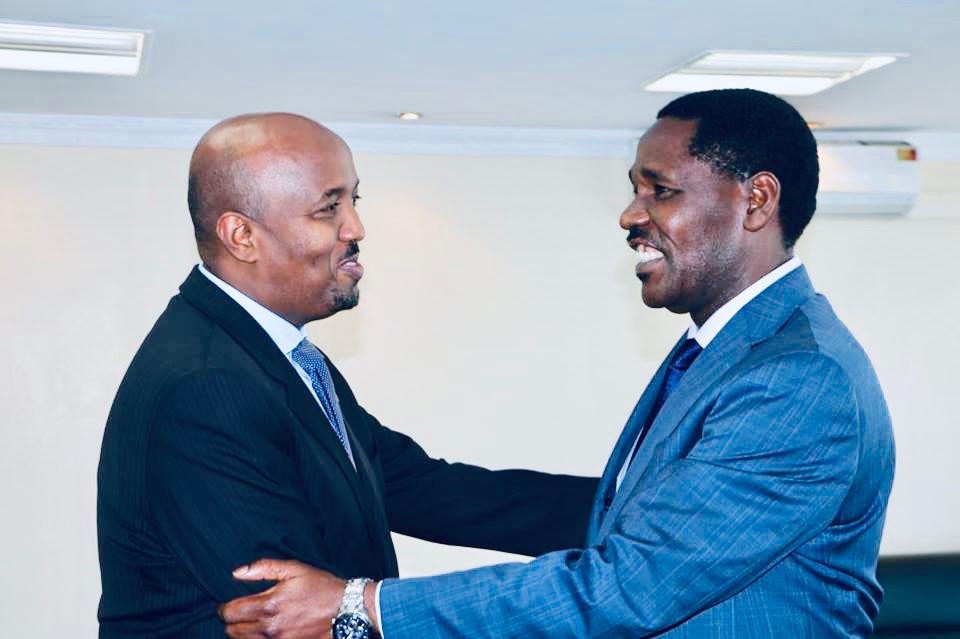 Somaliland government, through its Liaison office in Nairobi, will on Friday hold a major investment conference in the Kenyan capital to woo investors to the Horn of Africa nation.

Somaliland is targeting top Kenyan and East African investors to Hargeisa and Berbera, the two big cities in the country which the government says are ripe for foreign investment.

The conference is also aimed at pushing for the Somaliland agenda for international recognition.

Top leaders from the Kenyan and Somaliland governments will grace the day long investment forum which will be used to showcase the investment opportunities available in Somaliland.

The Somaliland Liaison office in Nairobi is also working closely with the Kenya Private Sector Alliance to woo Kenyan investors to Somaliland.

This will be the biggest investment forum to be staged by the Somaliland government in Africa. A similar forum has previously been held in London.

“We want to use the forum to open up Somaliland to Kenyan and East African investors,” Bashe Omar, the Somaliland envoy to Kenya said.

“There are so many areas we can work together with Kenya and East African countries. We are looking to have Kenya export its commodities to Somaliland and we also exports our livestock to Kenya,” he added.

“The cooperation between Kenya and Somaliland will see trade between the two countries grow. We will also work on improving security in the region and empower the hundreds of thousands of youth some of who are looking for opportunities to invest or further their education,” observed Bashe.

Direct flights between Nairobi and Hargeisa

Somaliland is also seeking to have direct flights between Nairobi and Hargeisa which according to Bashe will increase trade and interaction between citizens of the two countries. Kenya Airways has already shown its willingness to fly to the Somaliland capital.

Kenya and Somaliland are expected to sign a Memorandum of Understanding that will open up trade between the Berbera Port (Somaliland) and the Port of Mombasa.

Over 18,000 Kenyans live and work in Somaliland with almost a similar number of Somalilanders living and doing business in Kenya.

Somaliland, which has claimed autonomy from the main Somalia government, is on a mission to initiate relationships with regional states as it pushes for recognition at the African Union and the United Nations.

Former Kenyan Prime Minister Raila Odinga who has led the push for Kenya to recognize Somaliland as an independent state is expected to grace the conference. Odinga is among many Kenyans who have called for the government to recognise Hargeisa arguing Somaliland would help stabilize the region.

Somaliland is equally attracting leading international companies with the likes of Coca Cola and Western Union already establishing franchises. DP world in October launched a US$442 million campaign to revamp the Berbera Port.

International analysts say this sort of activities will promote investment interest and business confidence in the region. The Somaliland government also says a French bank in the neighbouring Djibouti will soon open an office in Hargeisa.

Like Kenya, Somaliland is a former British protectorate that gained independence June 1960. It later unified with the Trust Territory of Somalia (the former Italian Somaliland) forming what became known as the Somali Republic.

However, the union collapsed in 1991 following two decades of internationally-hidden civil war that left more than 50,000 Somalilanders killed. In May 1991, Somaliland declared the restoration of its sovereignty however it has not yet managed to regain international recognition. Somaliland has already forged a range of commercial relationships and has been afforded observer status by the Commonwealth.

Other speakers during the investment forum will be Kenya trade minister Peter Munya and Mohammed Hassan Saad, the minister for Commerce and Industry of Somaliland.