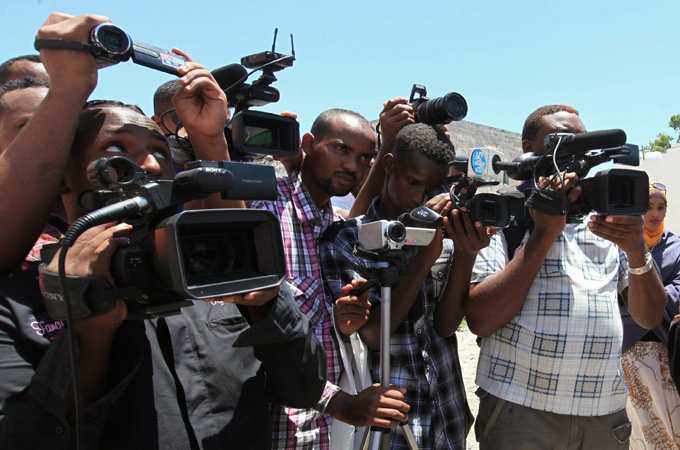 “We the undersigned media associations in Somalia would hereby echo the concerns raised by our umbrella trade union NUSOJ demanding for an end to the official intimidation and pressure on Somali journalists by the government.

The inclination whereby Somali journalists are arrested, jailed, threatened is worrying and is against all international laws and basic Human rights and provision of freedom of expression by the provisional Somalia constitution.

We would, therefore, demand the immediate release of freelance journalist Ismail Sheikh Nur who was arrested over a Facebook post deemed critical to the government on November 20th and to date is yet to be prosecuted.

In conclusion, we also recommend from the executive branches and the other government institutions to respect the constitution, the media law, and the freedom of expression.

Any government act against these provisions embark on illegal acts is a direct violation of the Constitution, so we hope the government will be in line with the constitution, international law, Human Rights provisions, and Media law.”