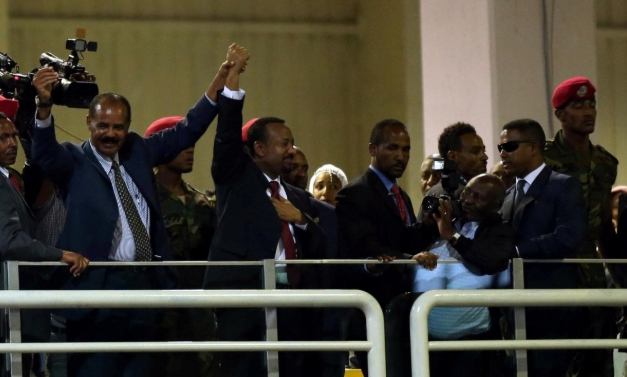 Ethiopia will begin moving its troops away from the border with Eritrea, senior military officials said on Friday, months after the erstwhile enemies reopened it for the first time in 20 years.

“Relations between Ethiopia and Eritrea are very good – there is no longer the threat of conflict,” Ethiopia’s Major General Asrat Denero, Commander of the Western Command, said.

War broke out between the two countries in 1998 over the border and other issues, killing an estimated 80,000 people before fighting finally ended in 2000 in a contested peace deal.

However, tensions simmered over the position of the frontier until this year when Ethiopia’s Prime Minister Abiy Ahmed offered to end the standoff as part of a package of reforms that have reshaped the political landscape of the Horn of Africa.

“There is no need to maintain our troops there (on the border). It is necessary to deploy them elsewhere,” Denero said.

Abiy announced the plan for Ethiopian and Eritrean forces along the border to be moved back to camps in September.

“As part of a restructuring of the military, changes are taking place with regards to their positions,” Lieutenant General Mola Hailemariam, Commander of Special Operations of the Ethiopian National Defense Force, told a news conference.

Mola also said that as part of the restructuring the Ethiopian army, which has an estimated 200,000 troops, cut the number of commands to four from six. He did not give a figure for what impact this would have on troop numbers.