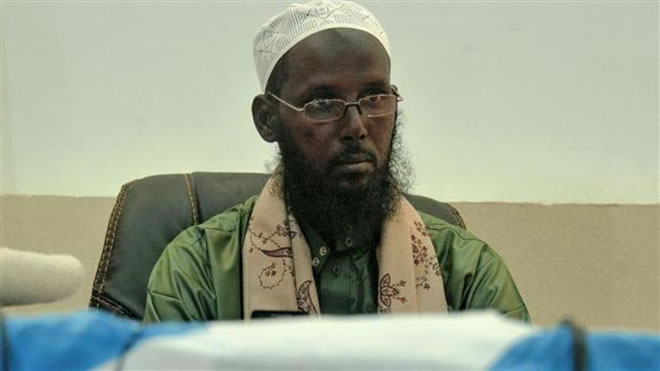 Somalia saw a third day of protests on Saturday over the arrest of the former No. 2 leader of the al-Shabab extremist group, who has been a leading candidate for a regional presidency. Officials said at least eight people have been killed so far as angry supporters take to the streets and clash with police.

The African Union peacekeeping mission in Somalia in a statement released overnight called for “utmost restraint” after the gunfire-fueled uproar around Muhktar Robow’s arrest on Thursday in Baidoa, and it denied playing any role.

His arrest is seen as a high-profile test of Somalia’s treatment of defectors from the al-Qaida-linked al-Shabab, Africa’s most active extremist group. Somalia’s government welcomed the defection last year by al-Shabab’s former spokesman but not his popular candidacy to lead Southwest state, which took some officials by surprise.

Robow was seized by Ethiopian troops accompanied by Somali police, witnesses told The Associated Press. He was flown to the capital, Mogadishu, a Somali intelligence official said. All spoke on condition of anonymity because they were not authorized to speak to reporters or for safety concerns.

Some Somali lawmakers had accused the AU mission of being involved.

Ethiopia’s military, which contributes troops to the AU mission, has not commented. Robow’s arrest could re-ignite old tensions between Somalia and neighboring Ethiopia despite recent diplomatic breakthroughs in the Horn of Africa sparked by Ethiopia’s reformist new prime minister.

Somalia’s security ministry confirmed Robow’s arrest, citing the federal government’s earlier ban on his candidacy, which said he had not completed the defection process. The ministry also alleged that Robow had failed to renounce extremist ideology, and accused him of mobilizing armed forces to threaten the security of Baidoa.

Somali officials have announced that the election for the Southwest presidency will go ahead on Wednesday, even after Robow was arrested. His local supporters in Baidoa have loudly protested.

A new joint statement by the United States, more than a dozen countries, the AU mission and the United Nations expresses concern, deploring the violence, urging dialogue and urging all parties to “to respect the integrity of the electoral process.”

Citing reports that a lawmaker and a child were among those killed in the protests, Amnesty International urged Ethiopian and Somali security forces not to use lethal force, saying that “no one should have to die for simply expressing their views.”

Robow’s controversial campaign has further exposed the rift between Somalia’s federal government based in Mogadishu and regional governments, who in recent months have effectively severed cooperation with the capital over multiple grievances.