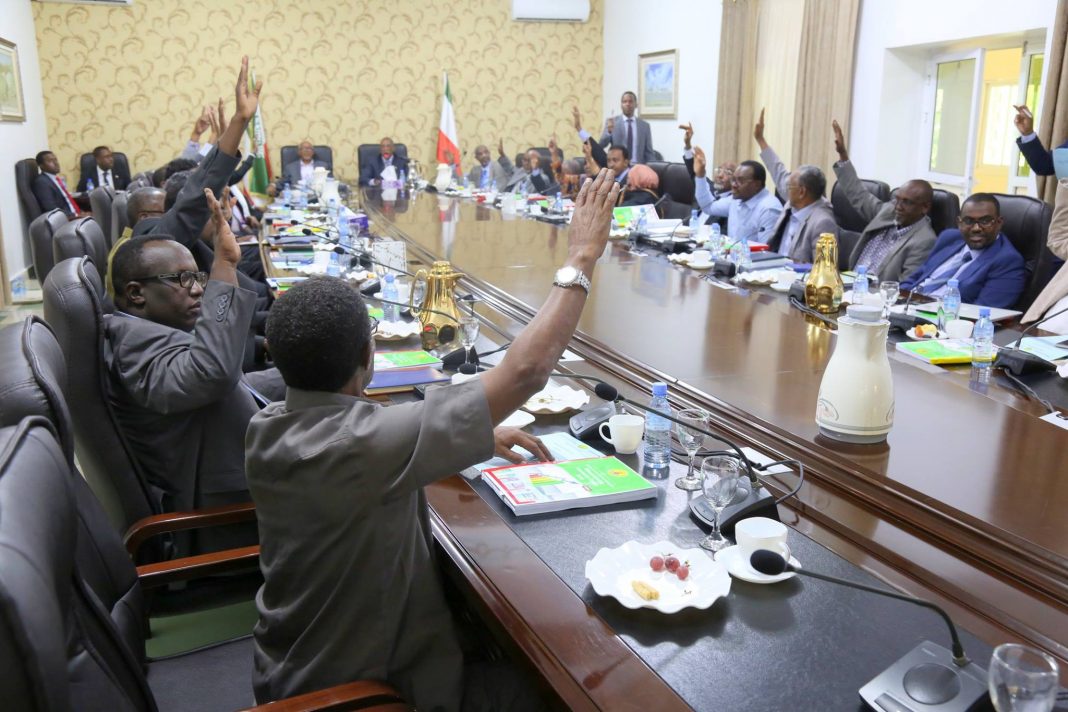 The Cabinet of Ministers of the Republic of Somaliland passed the 2019 government Tuesday.

After a brief discussion of the different components of the budget and areas it targets, President Musa Bihi Abdi, chairing the meeting put it to vote. Twenty-eight ministers approved it as presented, 2 abstained and none moved against it.

According to the statement, the projected budget will focus on security issues, strengthen judicial excellence, education, health, livestock husbandry, fishery, energy and mineral resources, environment and the upgrade of human resources (government personnel).

The quest for recognition will command considerable attention in 2019, the statement underlined.

The actual, market value might even be less for 2019 considering the state of a market presently troubled by spiralling rates, runaway inflation, higher living costs, dwindled livestock exports, and the like.

Somaliland Government Criticized for Presenting Budget Not Based on Current Rates