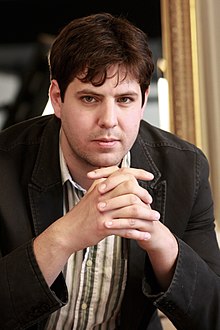 The United Nations Secretary-general, Antonio Guterres, appointed on Thursday, 14 December, a panel of experts on Somalia whose term will last until 15 December 2019.

The Secretary-General did not, however, explain what the Panel would do for Somalia – or the United Nations either.

I have the honour to refer to Security Council resolution 2444 (2018), adopted on 14 November 2018, concerning the situation in Somalia. Under paragraph 11 of the resolution, the Council decided to establish a Panel of Experts on Somalia with effect until 15 December 2019.

Accordingly, I wish to inform you that, having co nsulted the Security Council Committee pursuant to resolution 751 (1992) concerning Somalia, I have appointed the following experts:

I have designated Mr. Jay Bahadur to serve as Coordinator of the Panel of Experts on Somalia.

I should be grateful if you would bring the present letter to the attention of the members of the Security Council.

Jay Bahadur, Coordinator,  is a Canadian journalist and author. He became known for his reporting on piracy in Somalia, writing for The New York Times, The Financial Post, The Globe and Mail, and The Times of London. Bahadur has also worked as a freelance correspondent for CBS News and he has advised the U.S. State Department on piracy. His first book, The Pirates of Somalia: Inside Their Hidden World (2011), is his account of living with the pirates for several months in Puntland, a semi-autonomous region in the northeast of Somalia.