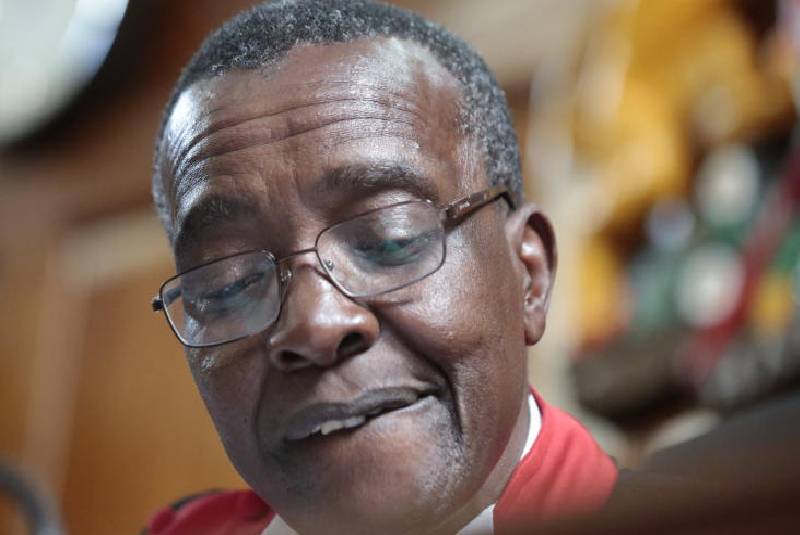 All eyes are on the Judiciary as Kenyans wait for justice in cases touching on several scandals that cost the country billions of shillings.

The cases have seen the Judiciary accused by President Uhuru Kenyatta and the Director of Public Prosecutions of slowing down the fight against corruption.

But for the Judiciary, this might be a defining year for its Anti-Corruption Division to change the public’s perception on how the cases are handled compared to previous years.

In his Jamhuri Day speech, the President took issue with the Judiciary’s decision to grant suspects lenient bail terms and delays in conclusion of the cases.

“Kenyans’ spirits are dampened when we witness suspects released on ridiculously low bail terms, interference in legislative process, and the use of the court process to delay justice,” the president said.

Setting of bail and bond terms still remains the discretion of the trial courts with no caps set for offences like corruption.

It is on this line that Chief Justice David Maraga has come out to defend the Judiciary from time to time, saying the Constitution’s Article 49(h) is clear on the issue of bond or bail.

Article 49(h) provides that an accused person has the right to be released on bail or bond, on reasonable conditions, pending a charge or trial, unless there are compelling reasons not to be released.

In determining whether to release the accused on bail must be distinguished from the determination of the person’s guilt. The court should take care not to be influenced by statements of witnesses or any evidence that may have come to its attention.

If a judicial officer has to deny an accused person bail, one has to base his decision on compelling grounds such as the person failing to attend court, endanger the safety of witnesses, interfere with evidence, commit a serious offence, endanger national security or public safety or protection of the accused person.

On the other hand, the DDP has accused the Judiciary of issuing conservatory orders that derail cases and allowing accused state officers to access their offices.

This was evident in the case against National Land Commission boss Mohammed Swazuri who obtained orders from the High Court that granted him full access to his office.

However, the order had a condition that he writes an undertaking that he will not interfere with any of the witnesses.

In the corruption case against Commissioner Prof Tom Ojienda that has generated a lot of debate in the legal fraternity, DPP Noordin Haji said orders obtained by the lawyer to bar his prosecution would jeopardise the status of witnesses and evidence.

A section of lawyers took to social media to castigate their colleague Peter Wanyama who worked as Ojienda’s partner after the DPP said he was on the prosecution side.

Wanyama dismissed claims that he has stepped down from being a prosecution witness against Ojienda.“The issue of whether I am a witness or not is confidential and I have not spoken to anybody that I am going to step down. The matter is still pending in court and wish not to say anything about it,” he told the Saturday Standard.

But even as the Judiciary is expected to fast track the matters, hearing of the witness testimonies might take longer than expected due to the backlog of cases in the court division and the number of witnesses lined up by the prosecution.

A magistrate who spoke on condition of anonymity said it will be difficult to conclude a case that has more than 30 witnesses within three months.

SEE ALSO :Ministry ordered to hand over schools to churches

This is because a witness is required to testify and be cross-examined by the defence team and this might take longer depending on the questions asked and whether the DPP has supplied the defence team with copies of documents he wishes to rely on as evidence.

Some witnesses are also likely to duplicate evidence adduced in court by previous witnesses.

In the National Youth Service II case in which former Youth and Gender PS Lillian Mbogo-Omollo, Naivasha-based Ngirita family and other NYS staff are facing charges, hearing of the case is expected to resume on May 7.Of 48 witnesses, only one had started giving his testimony before he was stood down after the defence told the court that they had not been supplied with copies of some of the documents used as evidence in court.

Anti-Corruption Court Chief Magistrate Douglas Ogoti ordered the prosecution to furnish the defence with copies of all the documents to be used as evidence and prepare an inventory of the documents before adjourning the case.

Yesterday, Judiciary Chief Registrar Anne Amadi said they are working on modalities to fast track cases on corruption this year.

Other than Nairobi’s principal registry for the division’s High Court, the CJ has already gazetted Mombasa and Kisumu to expedite matters emanating from decisions made by the magistrates’ courts.

This gives the Ethics and Anti-Corruption Commission (EACC), DPP and DCI authority to prosecute before the High Court cases involving millions of shillings or complex matters of international nature.

Amadi said the magistrate court has been operating with only three judges but three more have been deployed and will start hearing cases from this month.“We do not have enough space at the Milimani Law Courts but have acquired Forodha House where the Anti-Corruption Court Division will be based. We are negotiating with the Treasury to give us funds to work on it to accommodate the courtrooms,” she added.

Makueni Senator Mutula Kilonzo Jr said the DPP needs to play his role well in fast tracking the cases by being ready before charging suspects in court and providing the defence team with copies of the documents he wishes to rely on to avoid unnecessary adjournments.

He said for cases to be concluded within a short time, Maraga needs to come up with timelines that will see the cases heard on a day to day basis.“There is no reason as to why we should not have timelines for cases. When the former Central Bank of Kenya boss Andrew Mullei was charged in 2006, the case was heard and concluded within three weeks. What has now changed?”Under the Anti-Corruption Act section 4(4) states that notwithstanding anything contained in the Criminal procedure Code, a special magistrate shall, as far as practicable, hold the trial of an offence on a day-to-day basis until completion.

Mutula said magistrates handling corruption cases under the Anti-Corruption Court Division should not be assigned other jobs until they conclude the cases in which accused persons have taken plea and have no High Court orders suspending the trial.“When you prolong a case, there is interference with the evidence, witnesses disappear and prosecutors and magistrates cannot concentrate because they are assigned other cases,” he added.

They were released on bail and the case will be mentioned on January 22 for directions.

In another case in which in which the taxpayer is said to have lost Sh201 million through corrupt deals at Kenya Power committed by top managers for supply of faulty transformers, the prosecution has lined up 45 witnesses.

It is in this case that a second Government officer admitted there were gaps in a report they presented to Directorate of Criminal Investigations on Sh 409 million Kenya Power transformers purchase scandal.

Jimson Manyuru in his final day of evidence told the court that he, alongside another officer Linus Ndegwa only managed to put up a report based on copies of documents which were given to them.

But even as Kenyans expect the Judiciary to play its role, Lawyer Harun Ndubi said there is need for the Company Act to be amended so that beneficiaries of proceeds from companies are known easily.

“Fast tracking the cases alone cannot help. If the accused person who is a househelp used to register a company on behalf of her boss is acquitted, the money stolen is automatically cleaned and you cannot charge her again with the same offence,” he said.

If amended, law enforcement agencies including the Kenya Revenue Authority will also be able to know those behind private institutions created by offshore companies on behalf of local beneficiaries.

Apart from the Judiciary, DCI and DPP’s offices, Ndubi said the Treasury needs to explain to Kenyans why budget proposals have been high in the last five years and most of the money ended up in the wrong hands.