Home Law & Order Somalia: Is there A Connection Between Court Remand of Briton And PM... 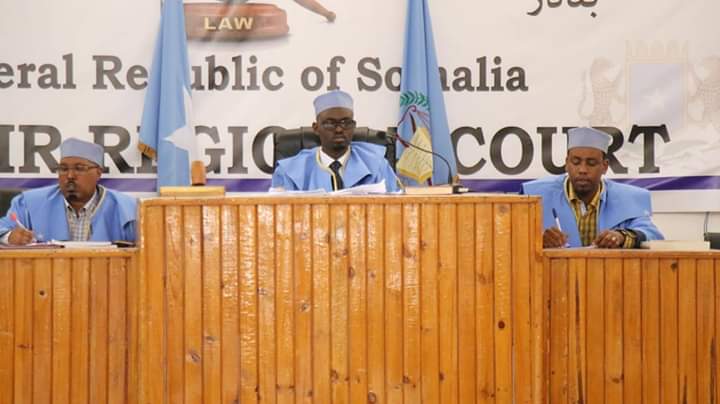 Prosecutors charged Anthony Thomas Cox, who was found to hold dual British and French nationalities, of violating articles 332-531 of the Somalia Penal Code on failing to declare material that was explosive and inflammable in nature to customs while boarding an Ethiopian Airlines plane at the airport.

The airline stopped its shuttle flights to and from Mogadishu since then suspecting a potential terrorist threat in the incident.

In today’s preliminary hearing, the court neither sentenced the suspected man nor did it set a date for another arraignment before the bench.

Mr. Cox was taken to custody on November 19 and taken to the Criminal Investigation quarters for investigation.

Coincidentally, the Somalia Prime Minister, Mr. Hassan Ali Kheyrre, got into a meeting with EU and European envoys, including those of Britain, Germany and France, during which, it was reported, bridging a rift between the two sides was discussed. European envoys voiced their displeasure of how the Federal government handled the recent Southwest Federal State presidential ‘elections’, the arrest of candidate Mukhtar Robow and the subsequent killing of civilian demonstrators angered by Villa Somalia’s heavy-handedness.

Consequently, the European countries stopped their support of a policing program in the State.

It is not clear whether the two sides also discussed the case of Mr Cox or not.