SomTribune
Home Culture/Religion Art/Literature The Roots of Somali Crisis, An Insider’s Memoir: A Book By Col... 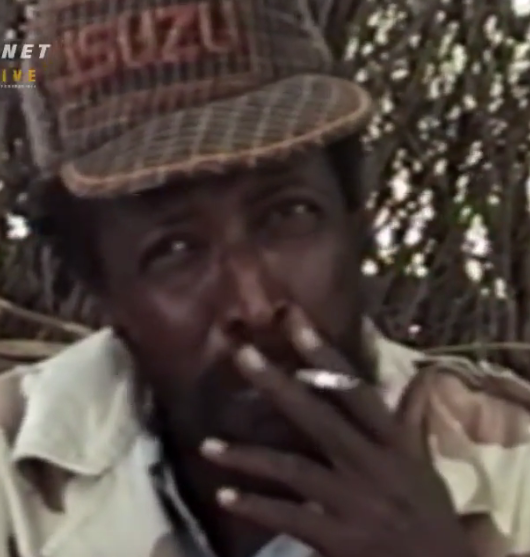 The Roots of Somali Crisis, An Insider’s Memoir by Colonel Ahmed Omar Jess published in November 2018 presents a systematic and holistic first-hand account of the Somali crisis.

Jess aims to provide insights into the events that led to Somalia becoming a “failed state”, the failure by the international military and the reconciliation interventions that followed. He reveals how the unmet expectations of the Somali people and bad leadership after Independence sowed seeds of discord.

The lessons presented are crucial for the process of shaping the future of a peaceful and stable Somalia. 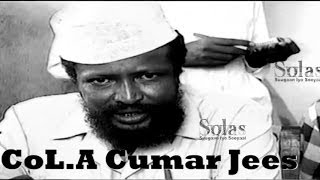 under Siad Barre, the third president of Somalia (1969-1991) after he overthrew Mukhtar Mohamed Hussein. This explains his capacity to disclose previously unknown facts about the events that inexorably led to state collapse and war in Somalia. Jess played a significant role in overturning Siad Barre’s rule, whose failures, as he argues in the book, plunged Somalia into turmoil.

In Part 1 of the book, Jess provides a summary of Somali’s historical background, from a personal account, from the struggle for Independence to the formation of the Somali republic, in what he describes as the process of “pan-Somalism.”

He joined the Somali National Army in 1969 and served as the commanding officer for various divisions until he was appointed the head of Military Directorate. Throughout the years, the prevailing situation of the capital city was entirely tense, which Jess attributes to the political environment.

The book traces the history of the birth of Somali state back to 1901 during the “Dervish Movement,” which resisted the British, the Italian, and the Ethiopian occupation. The movement was led by Sayid Mohamed Abdullah Hassan. The North of Somalia was a British Protectorate, while the South and the Western Somali were under Italian and Ethiopian rule respectively.  Due to the success of this movement, Abdullah Hassan is regarded as the pioneer of Somali nationalism.

The Somali Youth Club was later formed in 1943 and it evolved to the Somali Youth League. According to the author, SYL strived relentlessly for Independence and it was the main representative of the Somali interests at the United Nations. The key interests of Somalis at this time was the establishment of a United Somali, a plea that was highly disregarded by the international community. Somaliland and Somalia eventually unified after independence in 1960. Jess argues the events in the region during this time were rooted in the spirit of Somali nationalism, which unfortunately formed the ground for clan and sub-clan politics later.  As Jess contends, the country is a perfect expression of “nationalism that was not well-nurtured”.

Jess says after the birth new Somali Republic, there emerged disputes at the top echelons of leadership. Besides the scarcity of resources, other difficulties facing the young nation included the international order and the Ethiopia challenge. By 1963, there were armed movements referred to as “Nasullah” led by Garaad Mukhtar Dahir, and in the nationalism spirit, Somali went into war with Ethiopia and later with Kenya (Shifta War, 1963-67). President Sharmarke and the Prime Minister held conflicting perspectives regarding the conflicts, which led to the appointment of a new Prime Minister Abdi Razak.

In October 1969, there was a coup and the Armed forces resumed power. Jess notes the coup was supported by the North and the Southern populations, who were dissatisfied with President Sharmarke’s leadership.  The Supreme Revolutionary Council was formed, and a number of milestones were realised in the education, agriculture, and health sectors. Regardless of the unification, the North and the South operated as distinct entities and SRC (which later dissolved in 1976) played a critical role in uniting the two regions.

The book further explores the cause of failure during this time and highlights that President Siad Barre’s failures and faulty decisions formed the immediate triggers of the conflict. Jess cites confrontation with Quran teachings, expulsions of USS military experts, and decision to join the Arab League as some of the bad decisions.

In Part 2, Jess describes the immediate events that led to the collapse of the Somali state. He singles out the 1977 war between Somalia and Ethiopia as an important aspect of the country’s history. Jess notes that many sources that document the war oversimplify issues to fit into the values regarded as acceptable by the majority. He, however,  goes against the norms by narrating the actual events surrounding the war.

He says President Barre’s failures made a significant contribution towards Somalia’s defeat in the War. According to him, it was more prudent to focus on negotiated peace than pursuing an ambitious military victory. Another mistake by the president was the expulsion of USSR, which accelerated Ethiopia’s regional power. As Barre’s regime became increasingly repressive, he ordered the execution of the military officers who opposed his handling of the conflict with Ethiopia. This led to the 1978 attempted coup.

Jess explores how the 1988 civil war played a critical role in the collapse of the Somali state.

In his analysis of the causes of the civil war, Jess argues that the agreement betweenBarre and Ethiopia’s dictator Haile Mariam on how to handle Ogaden and Isaak sub-clans as well as the SNM (armed movement) instigated the conflict.

The opposition movements in Somalia continued to gain more power. The most popular among them was the SNM, which mainly comprised of the Isaak sub-clan. Barre’s regime continued to use oppressive means to respond to the opposition such as curfews, execution, and detention.

As the head of the Directorate of Military Intelligence, Jess provides a precise account of the happenings, and he asserts the situation got out of hand when the President’s confidential report was leaked in 1988. Over the years, Jess grew to become a key player in the armed opposition against the ruling regime, which led to Barre’s eventual fall. The attacks by the opposition military forces played a key role in weakening Barre’s regime.

In Part 3, he addresses factional politics in Somalia, and why they left a divided country after the fall of Barre. Jess narrates in appreciable detail the general situation of the country immediately after Barre was defeated and forced to flee to Kenya in April 1992. All the armed groups united to form the Somali National Army, which controlled a large proportion of the country. He assesses various factors that weakened the possibility of cooperation between the clans. One key aspect he notes is the KaDhashay policy by President Barre, which required people to be in regions populated by their clans. He notes that the efforts to unite and regain stability in Somalia failed because various attempts occurred co-currently.

Part 4 of the book is about external interventions in the 1990s to restore order in Somalia, which failed disastrously.

Part 5 highlights the initiatives by foreign forces led by the UN between 1992 and 1996. Jess also includes into the narrative how war impacted on natural calamities, including the famine in 1991. He argues that the primary cause of the famine was the return of Barre to Baidoa in his attempt to regain power. He elaborates further on Barre’s return and the consequences. In the last part of the book, the writer provides a reflective view of the Somali crisis, noting that the worst damage to the republic occurred during Barre’s misrule. He also reflects on other aspects which may have greatly contributed to the collapse of Somali state.

The Roots of Somali Crisis is an informative source that sheds light on the genesis of the major challenges facing Somali today. The protracted civil war, cycles of famine, piracy, and attacks by extremists have destroyed the country’s economy, and forced millions to free and seek refuge in other countries.

Jess is , however, is optimistic about the future. “There is hope for Somali”, he says. In the search of potential paths, Jess’s book is of great value to policy makers, leaders, conflict resolution experts and peacemakers, security agents, and the international community whose support is essential in ensuring Somalia rises again.