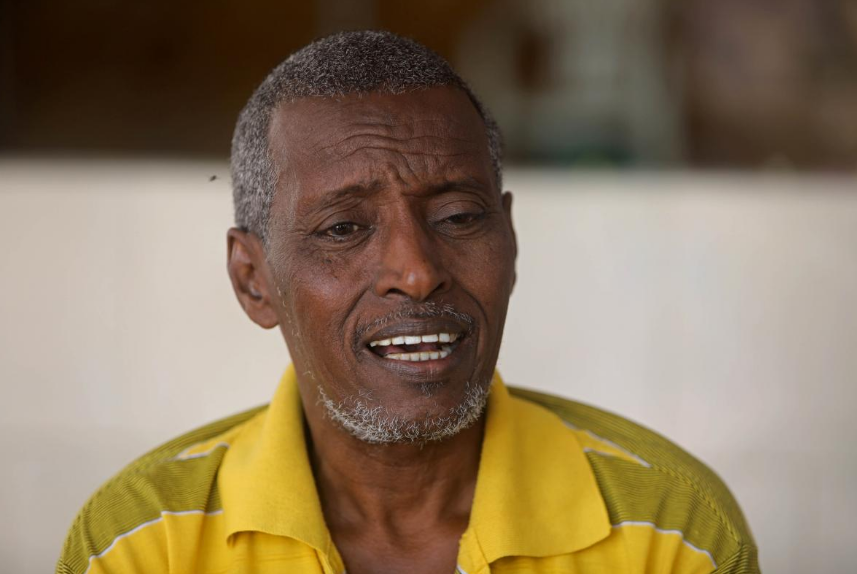 Abdulle Abdi Mohamud stands outside Somalia’s National Theater seven years after a suicide bomb attack shut it down, and dares to dream of an unlikely second act for the venue – and his own acting career.

Around him, builders heave loads of cement, saw at wooden scaffolding and shift piles of rubble as they prepare to reopen the building in May, even as the Islamist insurgency rages on. Organizers say they will premiere a classic Somali musical extravaganza titled “Caretaker Government”, though precise details of the production are still under wraps.

Mohamud is hoping to get a role – a comic role.

“Although I grew old, I am still strong … I will act better than before,” says the graying 59-year-old, who performed in the theater several times before its dramatic closure.

“In the past, we have been fleeing and thinking about survival. Now people want entertainment and plays … We have hope now.”

Hope is a precious commodity in Somalia, which has been mired in turmoil for decades – as has its national theater.

The building opened in 1968, eight years after independence from Britain, and treated its first audience to a comedy called “Womanizer”.

Productions took on a more patriotic tone during war with neighboring Ethiopia in the 1970s. Bellicose musical shows featured songs such as “Oh my land, if I do not wash your face with blood, I am not Somali,” says current director Osman Abdullahi Gure.

After the overthrow of president Siad Barre in 1991, clan-based warlords blasted each other with anti-aircraft guns and fought over the theater, which they used as a base. The building was hit so many times that the roof collapsed a year into the conflict.

Islamist militants who seized control in 2006 took over the building. They banned all forms of public entertainment – from concerts to football matches – that they considered sinful.

African Union peacekeeping troops clawed back control of the capital in 2011 and the new Western-backed Somali government reopened the venue the following year. But just three weeks after that, a suicide bomber from the Islamist al Shabaab insurgency struck during a ceremony, killing six people.

Today, Somali soldiers still use the theater as a base, guarding the city and the nearby presidential palace from al Shabaab, which launches sporadic attacks.

But, if all goes well, the soldiers will be replaced by thespians in the next three months.

The government and local businesses have clubbed together to raise $3 million for the restoration. State workers have offered cash and their own labor, said livestock ministry official Mohamed Omar Nur, who is on site helping out.

“We hope that the theater will … be a place that will provide wisdom and entertainment, and hopefully it will also regain its reputation,” says director Gure.

The soldiers will move out once the work is finished, but they will still be nearby to protect audiences and actors, he adds.

“Security at the theater will be assured just like it is in any building in Mogadishu. God willing, we shall secure the theater.”