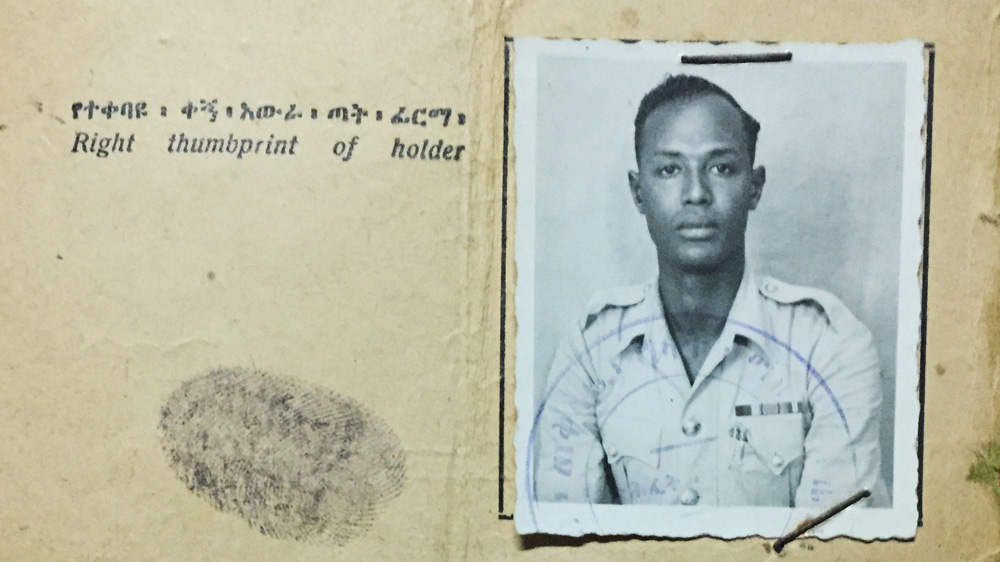 During World War II, Britain mobilised a huge, now-forgotten, army of African soldiers from its colonies on the continent to fight against the Axis powers (Nazi Germany, Italy and Japan) in battlefields across Africa, Asia, and the Middle East.

But when peace came in 1945, the rapidly diminishing British Empire cynically betrayed these men, subjecting them to systematic discrimination and denying them the same post-war benefits as white soldiers.

This truly shameful episode of colonial-era disregard reverberates to this day.

Though their numbers have been whittled down by the passing years, the survivors continue to endure great poverty, hardship and alienation, in spite of having risked their lives for the Allied war effort and despite some of the best efforts of a few members of the UK military establishment who have been trying to address past wrongs.

With a cast of compelling characters, including some extraordinary veterans from Kenya and Zambia, this investigation by filmmakers Jack Losh and Alessandro Pavone finally brings this dreadful injustice to light and raises disturbing questions about the UK’s attitude towards its forgotten African heroes.

My journey into this dark chapter of Britain’s colonial past had an unexpected start. As I tucked into a plate of camel stew, deep inside one of Islam’s most sacred citadels, my Ethiopian host put down his bundle of khat and left the room. He returned a few minutes later, clutching a wad of old papers.

“My father fought for Britain during World War II,” said Amer Suliman, handing me documents that had been hidden in a drawer for decades. “After the war, he didn’t get anything. The British abandoned him. He was betrayed.”

I had met Amer the previous day while exploring old Harar, a walled town in eastern Ethiopia, known as Islam’s fourth-holiest city.

Among its maze-like tangle of alleyways, my friends and I had stumbled upon Amer’s trinket shop and he invited us in. An Ethiopian of Somali ethnicity, he spoke English with a North American twang, thanks to years of working as an immigrant labourer in the oilfields of Alberta, as well as briefer stints in California and Tennessee. The death of his mother about 10 years ago prompted him to return to Ethiopia and take over the family’s shop.

We chatted further and he invited us to return the following day for dinner. During that meal, Amer would not only treat me to Ethiopia’s famous hospitality and sensational cuisine. I would also be granted my first glimpse into a regime of neglect, prejudice, and systematic racism few of whose victims are alive today.

Discarded by the country they defended

Amer’s father, Yusuf, was among over half-a-million of Africans who fought for Britain during WWII, with many deploying thousands of miles from home.

In 1942, in his early twenties, Yusuf left his home in Nairobi, Kenya, to join the King’s African Rifles (KAR) -a regiment raised from Britain’s East African colonies – and was sent to Somaliland, then Burma, a vicious battleground beset by tropical disease and tough terrain.

But his struggle did not only take place on the front lines. This dedicated soldier would eventually return home to join a multitude of men discarded by the country that they’d defended.

The rare, fascinating trove of papers that Amer shared with me showed how, after the war, his late father was sent back to Africa, though not to his home in Kenya.

Instead, he found himself in what is today the Somali region of eastern Ethiopia, with no means to get home. His letters indicate that he was neither given his “war gratuity” (a lump sum that Britain was supposed to pay all soldiers for their service), nor a disability pension for an injury that he says was caused by an explosion during his wartime service.

Yusuf later worked as chauffeur and servant for the British consul in Harar, who in one character reference described Yusuf as “honest, careful of his appearance, cheerful and willing” (as well as someone who, in keeping with the hierarchical society of Britain’s former colonies, could “serve drinks and keep the house clean”). He went on to petition the British government for years for fair recompense, to no avail.

Yusuf has since died but the injustice lives on. For Amer, the treatment of his father was nothing short of betrayal.

This discovery, coupled with the grievance felt by Yusuf’s son, was the spark that galvanised my investigation and led eventually to making this film for People & Power.

I would go on to spend innumerable hours digging into Britain’s war archives for evidence of systematic discrimination, eventually heading into Kenyan villages and a Zambian slum on my mission to find the last surviving African veterans of WWII.

Time was of the essence. These men, all well into their late 90s, would not be alive for much longer and the opportunity to record their testimonies would soon be lost – a point driven home when a prospective interviewee died before I reached him.

My co-producer Alessandro Pavone and I arrived at Nairobi’s international airport late one November evening. The following morning, we met up with Victoria Mutheu, a Kenyan scholar who has dedicated her life to preserving the vanishing history of these soldiers.

The granddaughter of a WWII medic, she believes these men should not be forgotten. We travelled with her into coffee-cultivating highlands to meet Grace Mbithe, an elderly widow whose husband was press-ganged into British ranks during WWII and sent off to North Africa – testimony undermining the official line that conscription was not used.

As with many wives there during those turbulent war years, she endured social isolation. With her husband out of the picture, her in-laws persecuted her, believing she was unable to conceive a child.

Her husband eventually came home, deeply traumatised by the war.

“His heart beat so loudly,” Grace, 94, told us in her ramshackle home. “At night we couldn’t sleep.”

During rainstorms, he would get out of bed and go outside, unable to bear the thunderous sound on their corrugated metal roof. “It would rain on him over and over again, while his heart beat faster and faster.”

We said goodbye to Grace and drove northwards to find our combat veterans. One of the investigation’s most startling discoveries related to the “war gratuity” – the payout that Britain based not only on rank and length of service, but also on the colour of a soldier’s skin.

I unearthed an official, long-hidden document that shows how white personnel – even those living in African colonies and serving in colonial units – received three times the amount of their black counterparts.

For veterans like Eusebio Mbiuki, a man born a century ago, this discriminatory policy underscored how Britain had exploited him.

Despite his late age and debilitating limp, this battle-hardened former private still retained a fighting spirit and mischievous sense of humour. He had faced miserable conditions in Burma, battling the Japanese through thick jungle as bullets cut down his comrades around him. He also endured beatings, even though Britain had officially outlawed corporal punishment. Unequal payment at the end of the war was the final kick in the teeth.

“When I got out, they gave me nothing,” Eusebio told me in his tiny home, little more than a dilapidated shack hidden at the end of a long, muddy track surrounded by fields and forest. “We were abandoned just like that.”

The production of this film would not have been possible without many individuals. The expertise and support given by Professor Timothy Parsons, of Washington University in St Louis, proved invaluable, as did David Killingray’s seminal book, Fighting for Britain. Many thanks, too, go to the film’s editor, Benjamin Barfoot; its executive producer, Callum Macrae; Sarah Banks, Joanna Coelho, Maggie Maciejezek-Potter and the post-production team at OnSight; David Williams and the King’s African Rifles Association; the Royal Commonwealth Ex-Services League and Kenya’s Defence Forces Old Comrades Association; the Commonwealth War Graves Commission; the National Memorial Arboretum; the Kenya Society; the Zambia Tourism Agency; Claire Powell of Thorn Tree Safaris; the National Archives in Kew and the Kenya National Archives; Victoria Mutheu; crew members Doreen Kinyua, Desderio Mbaka, Julius Mbaluto, Joe Mullin and Thelma Njeri; and many other friends and colleagues who offered leads and advice throughout the shoot.

But it was the plight of Yusuf Suliman, told to me that warm desert night in ancient backstreets that for centuries have barely changed, that started this all. Without the generosity of his family, none of this would have happened.

“My father should have been paid properly because he fought for Britain,” his son, Amer, said to me. “I just feel sorry for him. He did his best. He deserved an apology and he deserved payment. I ask myself all the time: why didn’t he get paid what he was owed?”

It was a question that I have since asked myself, again and again.