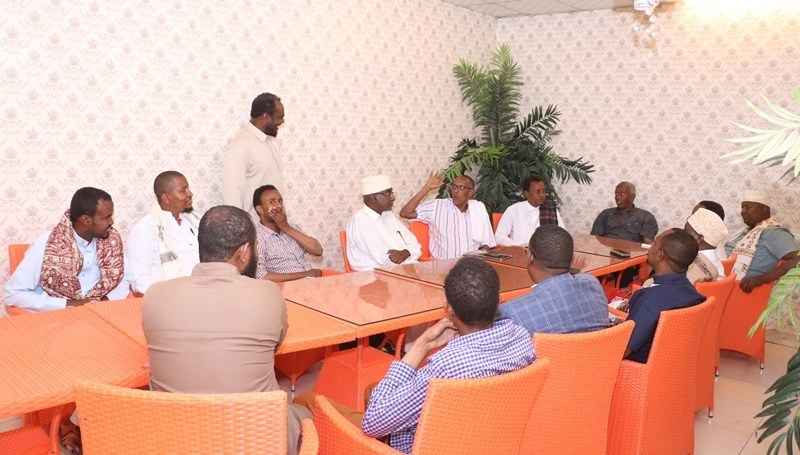 His Excellency the President of the Republic of Somaliland, Musa Bihi Abdi, on Friday evening, went on an unannounced,  unescorted inspection tour around some parts of the capital.

The President started with a first-hand visit to the district of Mohamoud Haybe where major roads rehabilitation was underway. He particularly stopped at Mohamed Moghe borough where the old tarmac road connecting it to the rest of the city has extensively eroded.

The president, according to a statement the Presidency media department later posted, was following up on a directive he gave earlier to the local council and the line ministries directly concerned to undertake major repair work – and/or build new ones where necessary – on the area.

Ending the tour which had taken the better part of two hours, the president chose to have a cup of tea and an exchange of pleasantries with patrons at the Golden Dish restaurant who were pleasantly surprised by the unexpected honor.

The Somalilandhis Minister of Transport, Abdullahi Abokor, the 2nd Deputy Chairman of the ruling party, Ahmed Abdi Dheere, and the commander of the Presidential Guards, General Abdirizak Mohamoud Yussuf, accompanied President Bihi on this tour.