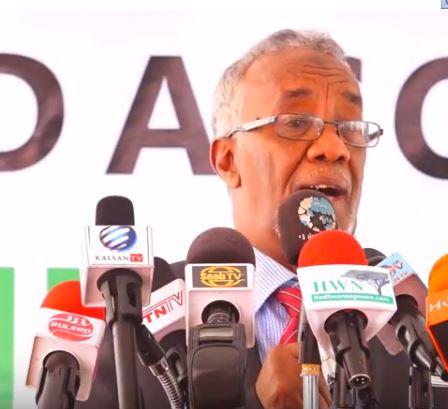 On a shuttle working visit to the United Arab Emirates mid last week, His Excellency the President of the Republic of Somaliland left for Abu Dhabi.

The trio, on face value, took many by surprise since it came barely five after another lengthier visit to the Gulf country.

Upon return on Thursday, however, the outcome was hailed as an unmitigated success not only to Somalilanders within the boundaries of the pre-independence British Protectorate but to all Somali and non-Somali livestock herders in the region.

“We have reached an agreement with the United Arab Emirates that a joint livestock export bureau be established by the two countries,” Professor Yassin Mohamoud Hiir ‘Faratoon’, the Somaliland Minister for Foreign Affairs and International Cooperation, revealed speaking to the press at Hargeisa’s Egal International Airport upon arrival.

The Minister said the to-be-incorporated agency will attend to all matters relating to the health, export, and regulation of livestock export, and that, the bureau will come into line expediently.

Prior to the delegation’s visit to the Emirates, there was a grapevine talk of the UAE taking the responsibility of a guarantor to ensure that the much-sought-after, black-headed ‘Berberawi’ Somali lamb.

The breath of hope the delegation lent the livestock market is especially so much more important as the Hajj – Mecca pilgrimage – is a little over two months away.

Traditionally, Somalis exported millions of heads of the Berberawi lamb to Saudi Arabia in time for the sacrificial Hajj observation – Udha.

Since then, only a trickle had found its way to Mecca.  In both 2016 and 2017, the Saudis granted a short reprieve which allowed livestock from Somaliland to enter Jeddah on hurried-arranged, temporary permits.

The European Union, specifically, has tried to exert influence on a lift of the ban. The EU, on parallel efforts, organized a number of panels for Somalis to make their voices heard. None brought fruition which makes the Somaliland announcement so much more significant, the more so welcome in all spheres.

This step, if it comes successfully, will go a long way with Somalilanders to wholly accept the UAE agreements on Port and Base which provisos and relatively slow pace had, until now, only provided critics with fuel to find holes that – on occasion – threatened to derail the on-going process.