The Republic of Somaliland, categorically, rejected a new proviso the Saudis have added to the usual list of conditions check-listed against Somali livestock export to the Kingdom for Udha obligations during the Hajj season, less than two months away.

The Saudis, the Somaliland Minister for Livestock and Fisheries, Hassan Mohamed Ali ‘Gaafaadhi’, revealed, Monday, have succumbed to the wiles and machinations of Somalia-born brokers and the weak federal government of Mogadishu, introducing a new, unacceptable condition for Somaliland and Somaliland livestock exports.

“The Saudi Kingdom has given permission for export of Somaliland livestock to the Kingdom during the Hajj season, This time around, though, it has introduced an additional condition which says that livestock entering its country must be ultimately certified by the Somalia Federal Government,” the Minister revealed.

Minister Gaafaadhi further stated that such a condition had not existed before and had come on the behest of Somalia-born individuals masquerading under broket agencies whose aim is to make profits off Somali livestock export. 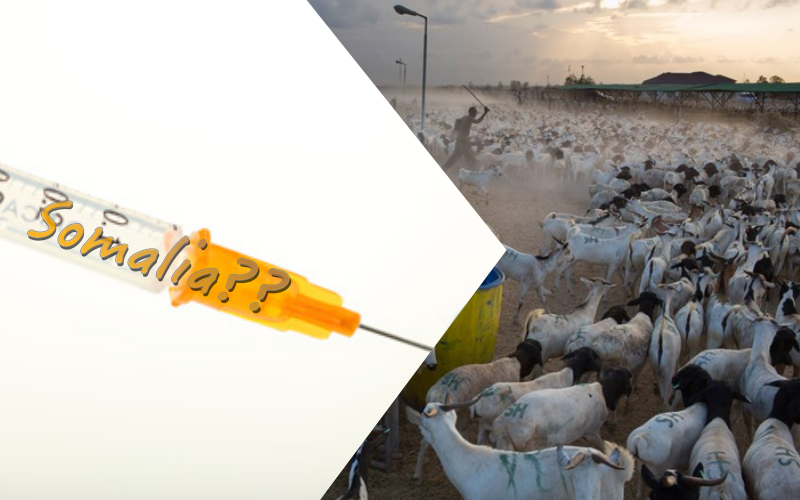 “The Republic of Somaliland had never accepted before an imposition such as this one and, of course, it will never accept it on any pretext. No exporter holding such a certificate will be permitted to use our ports,” he said.

The Minister added that the Saudis need be reminded that Somaliland and Somalia were neighbouring countries and independent of one another same as any other two countries in the region.

“Somaliland is not prepared to sacrifice its restored independence and sovereignty for export of livestock heads to Saudi Arabia that is only seasonal and short-living,” Minister Gaafaadhi said.

The Republic of Somaliland has sided with the United Arab Emirates and the Saudi Kingdom during its break with Qatar in 2017. The Federal government of Somalia, on the other hand, hedged and dodged and said it will take a neutral stand although time, later, exposed its true lining and complete support of Qatar against the Gulf allies.

The federal Somalia state of Puntland, bordering Somaliland, had also taken a stand similar to the Somaliland one in August the same year.

Despite that fact, Saudi Arabia has been pampering Somalia keeping it floating with millions of ill-accounted US Dollars, and none to Somaliland.

That the Saudi Kingdom painfully make a Somalia health certificate a proviso that the 28-year old, maturer Somaliland should be made to follow, is a blow whose reverberation will not be certainly limited to the seasonal Hajj black-head sheep export. Somaliland has traditionally been an export point for millions of the Somali livestock much of which also came from areas outside of its borders.

This Saudi condition has clearly placed the Kingdom behind Somalia claims of sovereignty over a Somaliland it had never owned but which had, mistakenly, went into an unconditional union with it in 1960 – a union that has been nullified by the 1969 military coup of General Siyad Barre.

Observers in Somaliland point out that both the Republic of Somaliland and the Saudi Kingdom must reshuffle cards and re-chart priorities for different reasons.

Somaliland will never export to the Kingdom under the conditions imposed.