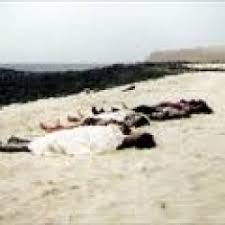 Exactly thirty years to this day of 17 July, 57 young men were collected from their homes in the Buulo Hubey sub-district of Medina, Mogadishu in the dead of night.

The colonel would sit on a chair placed in the middle of the street by his aides and succinctly and harshly throw a few questions on the scared, half-asleep young men: Who are you? What is your clan? Do you belong to SNM (the Somali National Movement fighters fighting an emancipation war against the military forces in parts of Somaliland)? Then the man, if he thought he was one of the people he wished killed, would signal heavily armed units accompanying to throw the person or persons on the bare cold metal bed of military trucks brought for the purpose.

Colonel Anjeh got together 57 young men from various disciplines and vocations, among whom university students, businessmen, civil servants and newcomers to the city who intended to return to Somaliland – then the ‘North’ – once they completed their errands.

Huddled in the centre of each of several trucks, the convoy headed southwest along the Gezira coast.

They did not drive far.

The young men were told to alight and lined up on the shore facing the sea. The soldiers, on direct orders from Colonel Barreh, who was all the time speaking on the walkie-talkie with his superiors, including his cousin President, opened fire. Riddled bodies piled one top of the other with some trying to run in pain and shock only to fall on their faces after a few strides.

Quickly, the soldiers shovelled sand on the gory heap and left as quickly as daylight was about to break.

The survivor, Omar Musa Mirreh (story as in below video),  crawled from under the messy, bloody pile miraculously unhurt but barely alive. He ran and ran and ran until he could no longer run.

It was not long into the morning before the ill-concealed bodies were discovered by people who could hear the sound of the gunshots in the night. Suspecting what happened, these people searched the shore and discovered that their worst fears were a reality, indeed.

That killing was one of hundreds like it which were happening all over the then northern regions of what Siad Barre called the Somali Democratic Republic that he ruled since 1969 when he took over the reins from a civilian administration. 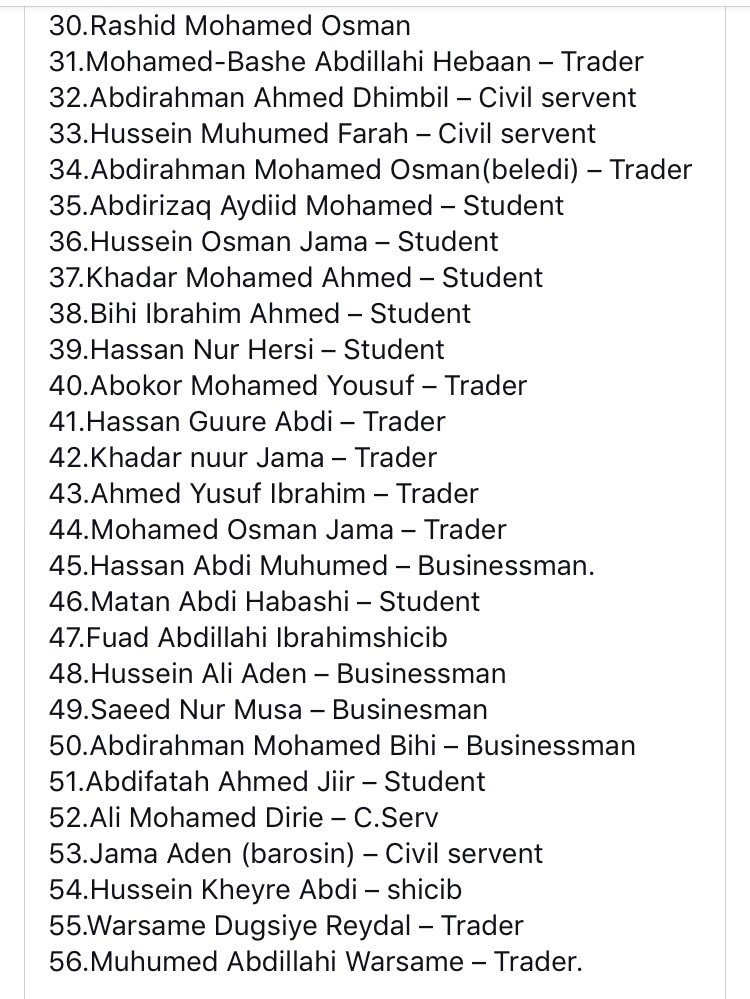 What is not known by many is that exactly the same kind of massacre would have happened in June 1988 – a year before the latter massacre.

At a wedding by one of their friends, Hassan Abdi Jama ‘Dhamac/Thunder’, now deceased, armed commandos descended on the house and rounded up around 44 young men and women, including the bridegroom, beating them and shouting ‘you belong to the SNM!’ ‘You were celebrating!’ and the like.

That was 28 May 1988 – only a day after the SNM fighters unexpectedly entered the second largest city in Somaliland, Burao, to take on the mighty military apparatus at one of its largest bases.

After 3 days of stiff interrogation and torture in a military barrack to the west of the main city, Mogadishu, 35 of them were driven back to make-shift holding grounds in the city. Nine were held behind.

The nine graduates and undergraduates, obviously selected for their professions and academic standards, also, belonging to the same clan as the SNM power base, and the 56 that died exactly a year later in the hands of colonel Barre, were held incognito in a military barrack called the 77 for nine days.

It was to make a deadly example of them to demoralize the fighters.

At around 3:00 a.m. they were dragged from a small room they were held and put on a truck under heavy guard. The truck, escorted by several gun-mounted jeeps and pick-ups drove to the shrubs to the west.

The convoy would slowly crawl forward and stop. The captives could hear shouts and sharp commands. Lights would shoot into the thick shrubs ahead and get doused.

It so happened that, apparently, the order to execute and do away with the execution took time.

Dawn broke. To their shock the seven captives saw that the truck they were on and the vehicles that accompanied them have stopped a few yards over a freshly dug big hole, red sand piled two sides of it.

As luck may have it, a ‘contramand’ to stay the planned execution arrived and they were driven back fast to the city, Mogadishu, but not to the barracks in which they were previously held. The escort took them, instead, to the headquarters of the dreaded military intelligence known as ‘Hangash’.

To them, though, that was a blessing in disguise as their whereabout became known and it would have proven difficult for their killer-jailers to deny their existence as planned before.

Of those nine friends, five are alive to the best of Somtribune’s knowledge.

On a scary backdrop of summary executions, persecution, looting, bombing and shelling, torture and deprivation because of, simply,  to what clan one belonged to is the present Somalia melodrama called ‘Deny and Make Fun of History’ authored by Villa Somalia currently played in Mogadishu and at meeting rooms with ill-informed international community representatives.