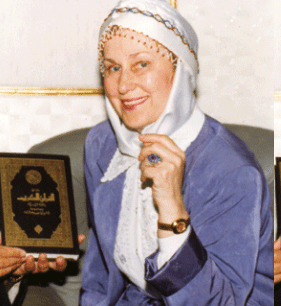 Russian media outlets reported that Porokhova passed away on Monday 2nd September. The reports added that a memorial service will take place on Wednesday 4th September at a mosque in Moscow.

Born in 1940 in Tsarskoye Selo, Russia to an Orthodox Christian family, Porokhova graduated from the Moscow State Pedagogical Institute of Foreign Languages and worked as a lecturer for 18 years. She later worked at the Russian Academy of Natural Sciences.

In 1975, she married a Syrian national and left Moscow for Damascus in 1981, where she converted to Islam and accepted the Islamic first name Iman (Faith).

In Syria, she worked on a translation of the Qur’an into the Russian language. The translation was completed in 1991 and has since gone through 12 printings.

Reportedly, her translation of the Qur’an was the only one made in verses and approved by Islamic scholars in several countries, including former Soviet republics.