Continuing allegations of collusion between the Islamist fighters, Al Shabaab, and the army of the Republic of Somaliland, the Puntland army chief, Major General Yassin Omar Dheere, alleges that his forces had apprehended Shabaab elements crossing over from Somaliland.

The recently-appointed Commander of the Dervishes – as the Puntland army is called – stated at a press conference he held on Monday that the men they have caught were attempting to smuggle supplies to the Islamist fighters in the Galgala area –  a stronghold of the Al Shabaab.

The army chief, obviously implementing a new strategy of the Puntland Federal State of Somalia, has made, for the first time, gunned the grave allegations against the Republic of Somaliland five days ago at Badhan, Eastern Sanaag.

General Yassin Dheere was, at the time, addressing militia units at Somaliland city in a bid to draw the Somaliland side into full military engagement. He stated that the Somaliland army supported by Al Shabaab units were advancing on the area.

The fresh allegations of catching elements sent over to Puntland by the government of Somaliland is, critics point out, a ploy designed to render the general’s wild allegations substantiated.

General Yassin Dheere insists that his tour of Sanaag aimed to fully take Eastern Sanaag over to Puntland ‘where they belonged’.

“Civilian residents in those areas fully side with Puntland with which they are related. A joint Al Shabaab and Somaliland, as I said before, invasion to Highland, Badhan and Al Madow is imminent,” General Yassin told Punlandpost.com in a radio call.

The Somalia Federal State of Puntland is beset by Daesh (Islamic State) and Al Shabaab fighters who command large areas of Bari region, openly governing those areas in accordance with their laws.

The Puntland army had tried to dislodge well-entrenched Shabaab and Daesh fighters several times but to no avail, as the fighters have carefully chosen areas that were easy to defend.

In contrast, the Republic of Somaliland has remained free of either Al Shabaab, Daesh or pirate infestation unlike its Somalia neighbour of which Puntland is part of.

Puntland has laid claim to large areas in the Sool and Sanaag regions of Somaliland since 1998 when it was first proclaimed. The claim rests on ethnic affiliation rather than on geographical or historical foundations. 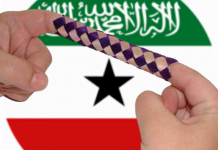 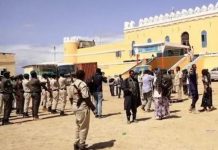