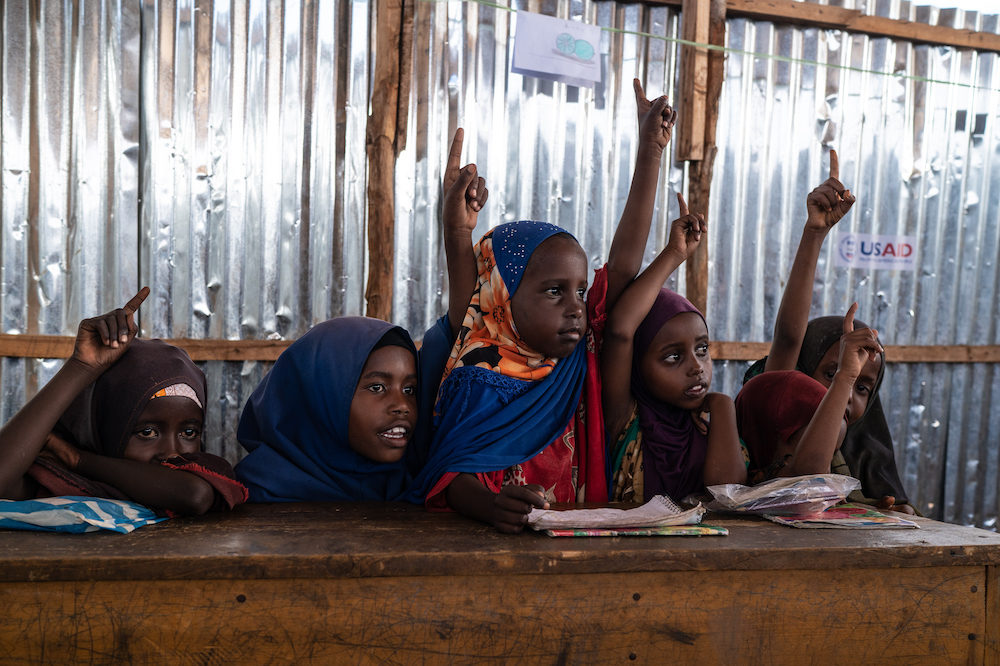 Our news roundup includes new schools in Somaliland, a film about child slavery in India and children back in class after earthquakes in the Philippines.

New schools and classrooms in Somaliland

About 10,000 children in Somaliland – where more than half of all children are out of school – will have access to expanded quality education thanks to support from the European Union.

School facilities comprising 10 new schools, 65 new classrooms, 30 renovated classrooms and school furniture were handed over to the education ministry at a ceremony in Mandheera. Half of the children who will benefit are girls.

“Improved school facilities are necessary to attract and retain children in school,” said education minister Osman Jama Adan. “It is also an important ingredient in our quest to provide quality education to the children in Somaliland.”

In July, Education Cannot Wait – the fund for education in emergencies – announced $6.7 million of seed funding to launch a $64 million three-year education programme for children in Somaliland. The target is to reach 54,000 children a year.

A film about a boy trafficked to work in a carpet factory is to be screened in remote Indian villages to raise awareness about child slavery among families often targeted by human traffickers. Jhalki tracks a nine-year-old girl’s struggle to find her younger brother after their parents unwittingly sell him to a trafficker.

“We want to reach a large number of people to create awareness about child labour,” said the director Brahmanand Siingh.

The film was inspired by the Indian campaigner against child trafficking and Nobel peace laureate Kailash Satyarthi. Campaigners at his Children’s Foundation will also screen the film in villages where they work to alert residents to traffickers targeting their area.

Children who are trafficked are taken away from safety, exposed to dangers and exploited. Many are denied the chance to reach their full potential because they don’t get an education or have the freedom to make their own choices.

Save the Children Philippines team is currently on the ground to assess the needs of those affected by the recent #earthquakes in #Mindanao. pic.twitter.com/lpTlivPV4X

— Save the Children Philippines (@SaveChildrenPH) October 31, 2019

Temporary learning spaces are being set up and teaching kits distributed to help children whose schools were affected by a series of strong earthquakes in the Philippines.

Alberto Muyot, CEO of Save the Children Philippines, said the resumption of classes in Mindanao is critical to address children’s stress by re-establishing their routines.

“Keeping children safe inside learning spaces is critical in times of emergencies. Children know that education gives them power to build a better future,” he said.

Initial figures from the education department showed about 3.2 million school-age children have been affected by earthquakes that hit four regions in Mindanao.

Strikes and protests have closed schools this week in Iraq, Lebanon and Hong Kong.

Schools in southern Iraq were shut on Tuesday after teachers announced a general strike in an attempt to boost the protest movement that has rocked the country. Hundreds of people in the city of Kut streamed into the streets and closed schools and public offices.

In Baghdad, teenage boys skipped class to face off against security forces in commercial districts around the main protest site of Tahrir Square. The lack of jobs for school-leavers – with youth unemployment at 25% – was one of the driving forces behind the protests that erupted on October 1.

In Lebanon, schools were shut on Tuesday and Wednesday in a new wave of disruption amid urgent political efforts to form a new government to steer the country out of its economic crisis. The education minister said the decision was made because of calls for a wider strike and out of respect for “students’ right to express their views”.

Hong Kong announced schools would be closed from yesterday to Sunday due to anti-government protests. In Libya, a teachers’ strike has seen schools closed for a month.

We must treat young people not as subjects to be protected, but as powerful agents for change.

I was very pleased to meet a few of these changemakers at @UNESCO this morning. pic.twitter.com/DjgZP0jNh9

Education is an “essential pillar” to achieving the Sustainable Development Goals, UN Secretary-General António Guterres said as he praised UNESCO’s role in coordinating and monitoring global efforts on the future of education and other challenges.

Ahead of the agency’s general conference in Paris, he said one in five young people are out of work, lack education or adequate training.

His backing came after a UNESCO chief made the case for education as the driving force of health and wellbeing at this year’s World Health Summit in Berlin.

Stefania Giannini, UNESCO Assistant-Director General for Education, said: “When people achieve higher levels of education, this has a positive and demonstrable impact on health outcomes. Girls with no education are three times as likely to marry by 18 as those with a secondary or higher education. We also know that an additional year of secondary schooling reduces risk of HIV infection by 12% among girls.”