Dr Li Wenliang is confirmed dead of the disease at 34, after hours of chaotic messaging from hospital

, only to be reprimanded by local police – has died, Wuhan Central Hospital confirmed early Friday morning, hours after it initially denied reports of his death.

“In the fight against the pneumonia epidemic of the new coronavirus infection, our hospital’s ophthalmologist, Li Wenliang, was unfortunately infected. He passed away after all the efforts we’ve taken to resuscitate him. We deeply mourn his passing,” the hospital said on its official Weibo account.

The announcement capped several chaotic hours in which Chinese media first reported Li’s death, only for the hospital to respond that Li was alive, though in critical condition.

The earlier reports of Li’s death by multiple Chinese outlets, including The Beijing News and Global Times, triggered an outpouring of mourning and tribute both on Chinese social media and at health agencies trying to stem the outbreak.

“We are very sorry to hear the loss of any frontline worker who is committed to care for patients … we should celebrate his life and mourn his death with his colleagues,” Michael Ryan, director of the World Health Organisation’s health emergencies programme, said on Thursday.

Chinese social media has been awash with anger over the death of the whistle-blower – some mourning Li’s death with candles, some demanding that the authorities apologise for the way they had treated him.

“None of the police has ever apologised to you. You could have been a national hero, but the dereliction of duty has claimed your life, along with a few hundred innocent lives,” a person said on Weibo.

“The reprimand of Doctor Li will be a shame in China’s anti-epidemic history. Doctor Li alerted the public at the expense of his life. Wuhan police station still hasn’t recalled that reprimand notice even after his death,” said another. 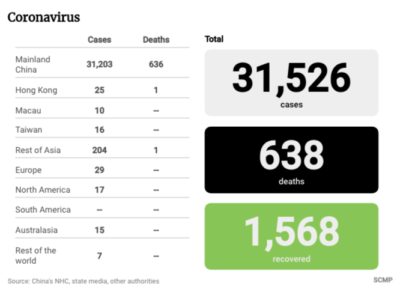 On December 30, Li warned his medical school classmates in an online chat group that a Sars-like illness had stricken several patients in a Wuhan hospital and that all of them were quarantined in the emergency department.

The same day, local health authorities announced that the city had confirmed 27 cases of a new type of virus, most of them linked to a seafood market.

However, Li and seven other people who shared information about the outbreak – including at least three other doctors – were summoned by the local police and forced to sign a letter promising to make no further disclosures concerning the disease. 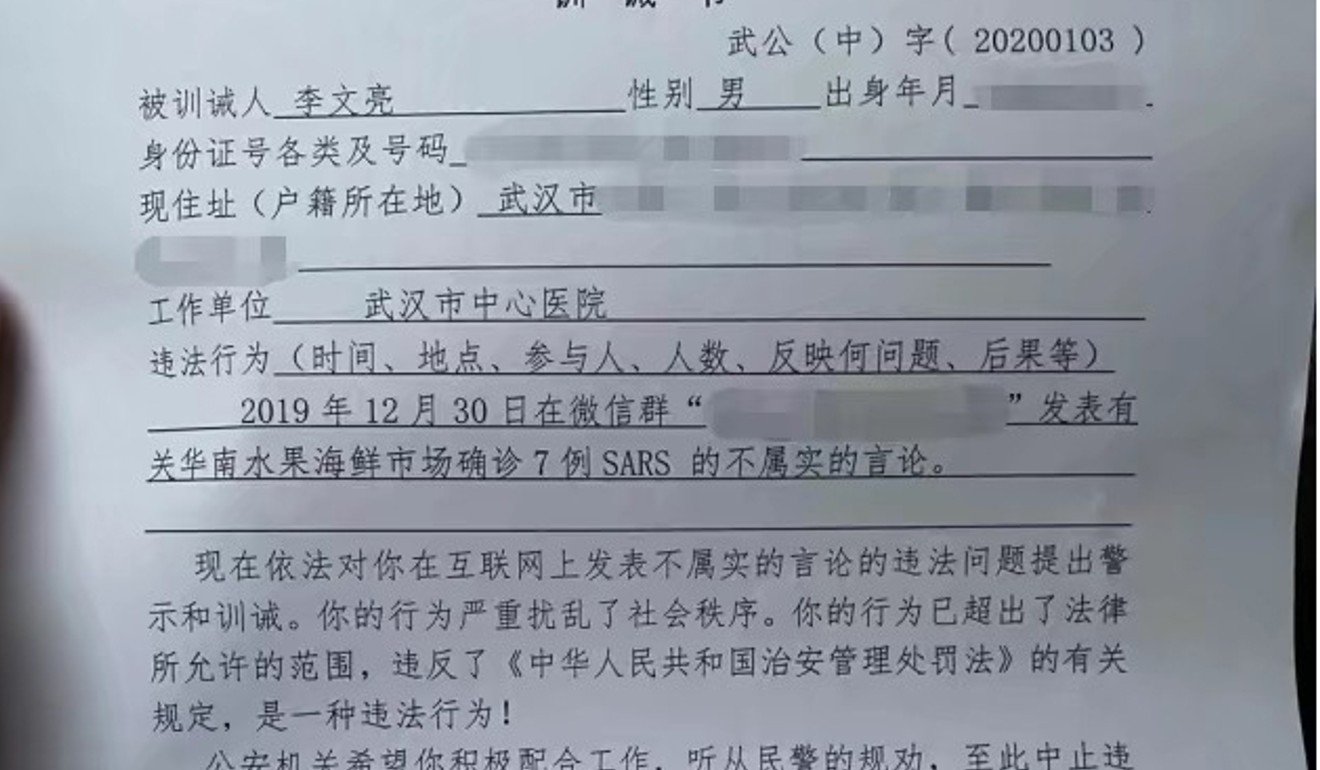 Li was forced to sign a letter promising to make no further disclosures concerning the disease. Photo: Weibo

In early January, China’s state broadcaster CCTV accused the eight people in Wuhan of spreading what the government called rumours.

“Cyberspace is by no means a lawless frontier, the police has zero tolerance for any illegal acts of fabricating or spreading rumours that disrupt social order,” it said.

In a Weibo post discussing how he broke the news and his interactions with the police, Li said he returned to work on January 3 after the police reprimand but then started to cough on January 10.

“I was feverish on January 11 and was hospitalised the next day. Back then, the government still insisted that there was no human-to-human transmission, and said none of the medical staff had been infected. I was just confused,” he said on Weibo on January 31.

Li was found to be infected with the coronavirus on Saturday.

“My virus tests are still negative, but I am having difficulties with breathing, I can barely move. My parents are also hospitalised,” he said on Weibo a day before he was diagnosed with the infection.

Later the same day, he attached the reprimand that he signed on January 3.

“We solemnly warn you that if you stick to your guns and remain impenitent, and continue to engage in illegal activities, you will be punished by law,” it said.

As of Friday, according to Chinese health authorities, the deadly virus had claimed 563 lives in mainland China, plus two in Hong Kong and Philippines.

The outbreak has infected more than 28,000 in China, far exceeding the 2002-03 Sars epidemic, which killed almost 800 people worldwide.

Cissy joined the SCMP in 2019. Prior to that, she has been a producer at BBC News and investigative reporter at CaiXin Media. She is interested in China’s politics and economy.