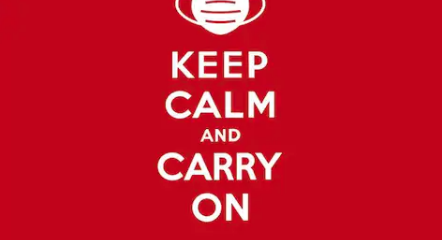 The aerial drones show the major cities of mankind resembling ghost places. Streets are empty, business is closed, hotels, restaurants, coffee shops, clubs and entertainment are shutdown, government offices are deserted, schools and universities closedown, flights are cancelled, airports are abandoned and planes are grounded. Tourism stopped worldwide. Quarantine centers are overcrowded. People wake up in the morning with ominous news of skyrocketing human deaths around the Globe.

People run away from each other, even the loved ones, human distancing and stay-home orders affect every individual and family. Masks become vital for human survival. The powerful and the weak, rich and the poor are frightened the same way. Money and nuclear have no use. Donald Trump and I have the same scare. Even the believers and idol worshipers equally raise their hands to God for salvation. All are at the mercy of Allah, of God, of the Lord (SWT).

Who is frightening and putting the life of mankind on hold? A small Virus or creature weaker than mosquitoes called Coronavirus is hitting hard and crippling the normal life of humans on the Earth. Humans, who send satellites into far space and who have all kinds of lethal weapons, have become helpless prey to this invisible predator. It sees humans but humans cannot see it with  naked eye.

But why this is happening to Mankind? It is happening to mankind because humans commit all kinds of sins, crimes, oppressions, mischiefs etc on the land and on the sea of the Earth. Allah (SWT) (God) makes them taste the consequences of their wrong actions so that they may return to Allah (SWT) with true repentance. This is Divine punishment to mankind.

The Holy Qur’an gives the true explanation of why Coronavirus pandemic landed on Earth as a taste of consequences of human wrongdoing and disobedience to their Creator.

“All kinds of evil and corruption have appeared on land and sea as a result of what people’s hands have done, so that Allah may cause them to taste ˹the consequences of˺ some of their deeds and perhaps they might return ˹to the Right Path” [Chapter Ar-Rum, Verse: 41].

“And Allah set forth an example of a town that is safe (of fear) and well content. Its means of subsistence was coming in abundance from everywhere. But it (the people of the town) became ungrateful to the Blessings of Allah. Therefore Allah caused it to taste the garb of famine and fear because of what they did.” [Chapter Bee, Verse:112].

In those Verses of The Qur’an, it is clear that Allah (SWT) sent down this pandemic disease (Coronavirus) to humans as a reminder that they stop abusing His blessings and being ungrateful to His provisions to them, and stop committing all kinds of sins and crimes on land and sea. The original pure and clean Earth is stained with human blood and sins.

For disobedience to Allah (SWT) and hatred among them, Allah (SWT) tests and punishes humans with diseases, storms, floods, droughts, famine, fear, tsunamis, wars etc in order to make them return back to Him. It is time to humble to Him and be grateful and thankful to His provisions and blessings. May Allah lift this frightening test and trial (Coronavirus) from all His servants on the Earth. Ameen.

EU, UK and United States Must Decide If Farmaajo Is a Friend or a Foe

Somaliland: Give Credit Where Credit Is Due