SomTribune
Home World News/International Africa COVID 19: A Catastrophe that Africa Needs to Comprehend as a Disaster 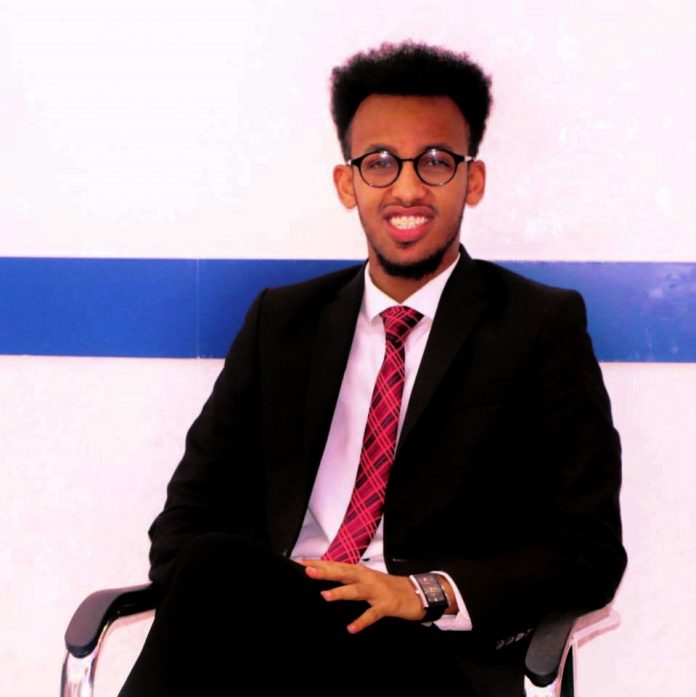 COVID-19 has already loomed into our continent and countries, thus we need to engage the appropriate Disaster Management steps considering our situations, and focus on the Mitigation and Preparedness, rather than waiting for the disaster to explode so that we respond or recover, which made the US and the other European rich countries grieve.

The world is wrestling against the Coronavirus Pandemic which affected around two million people and claimed more than 120 thousand of lives. Almost every country in the world has experienced cases of this deadly virus, including my own country; the Republic of Somaliland, that imposed preventive measures to curb and curtail the spread of this virus amongst the population. Lockdowns, flight restrictions, school shutdowns, halting border movements, event cancellations, mosque/church closures, social distancing and most importantly encouraging hand wash, were the main activities carried out by every government to ensure the safety of its people which resulted in both social and economic impacts.

Since the start of this outbreak in China, the virus is ravaging rich countries. The US and other five European countries with the most advanced health systems are now suffering the most with maximum deaths and multiples of that horror awaits in the developing world if they don’t take it seriously.

The top point of discussion of Africa, with my own country the Republic of Somaliland as its Eastern Horn, has been access to clean water and combatting cholera for many years. Poverty, malnutrition, higher maternal mortality rate, tuberculosis, malaria and the many unfortunate words which might not be available in the dictionaries of the developed world, are the top of the daily convo of African communities and their deprived health institutions. Thus, Africans need to understand this virus is NOT just a simple unfortunate incident among the many we were dealing with, but a DISASTER which could abolish the lives of all of us, leaving no one behind. The transmission is faster and easier, the risk is higher, and we can’t have the capacity to respond.

#COVID-19 as a disastrous hazard in Africa

A disaster is a consequence of a sudden disastrous event which seriously disrupts the normal function of the society or the community to the extent that it cannot subsist without outside help. A disaster is not just the occurrence of an event such as an earthquake, flood, conflict, health pandemic or an industrial accident; a disaster occurs if that event/process negatively impacts human populations.

Disasters combine two elements: hazard; a threatening event, and the vulnerability of affected people. The disaster occurs when a hazard exposes the vulnerability of individuals and communities in such a way that their lives are directly threatened or sufficient harm has been done to their community’s economic and social structure to undermine their ability to survive. No doubt, that Coronavirus threatened the lives of more than seven Billion lives on earth and has already killed many. Having said that, Disaster shatters when a threatening live event associates with the vulnerability of the subject community.

African health service has been rated among the poorest in the world. According to WHO (2018), the continent under-performs all six dimensions of health services namely; Service availability, Coverage of essential interventions, Financial risk protections, Service satisfaction, Health Security and Coverage of non-SDG health targets.

Access to essential services is low, and its quality remains a challenge. Lower respiratory conditions, HIV Aids and diarrheal diseases represent the top cause of both morbidity and mortality, as per the World Health Organization, and the situation seems to be even worst when you look at the situation of sub-Saharan countries.

Also, The African vulnerability to this deadly pandemic is not only limited to Healthcare circumstances but extends to social, cultural, as well as financial aspects. Social distancing is a preventive measure and we live together in extended families. Lockdowns have been enforced, and we live with what we get from our daily insecure jobs which put as in the dilemma of dying hunger or falling ill. “Stay away” has been told and we meet at the worship places in masses as Africa is a religious continent. In my country, Somaliland, and in many other countries people eat together, sit together, invite one another to meals or events, and are always dense at houses, workplaces, mosques/churches which makes almost impossible for people to stay apart. Moreover, Africa’s financial crisis is another vulnerability which makes the continent to be susceptible to the disease and incapable of combatting if it metastasizes throughout the unfortunate communities of Africa

Disaster Management is more than just a mere response and relief. It is a systematic process based on the key management principles of Planning, Organizing and leading which includes coordinating and controlling. It aims to reduce the negative consequence of an adverse event (Hazard), and has different phases at different levels; Mitigation, Preparedness, Response, and recovery. It is a cyclical process which means the end of one phase is the beginning of another, and timely decision making during each phase results in greater preparedness, better warnings, reduced vulnerability and/or the prevention of future disasters.

#-19 has already loomed into our continent and countries, thus we need to engage the appropriate Disaster Management steps considering our unique situations, and focus on the Mitigation and Preparedness, rather than waiting for the disaster to explode so that we respond or recover, which made the US and the other European rich countries grieve.

Having said that, Governments and health authorities across the continent must adhere to the Disaster Management steps to reduce risk and manage to mitigate the effect with maximum preparedness.

That is to say that there is something painfully predictable if we miss to put effort into mitigating this pandemic hazard through sticking to the Preventive measures told by WHO and medical professionals to reduce its spread and effect. Governments and Health Authorities should educate the public, encourage the ‘’ STAY AT HOME ‘’ and fight against the Fake news which could cost lives by misleading the people.

Preparedness is the key. Every country including mine, the Republic of Somaliland, should asses their risk precisely, engage stakeholders including, Health professionals, Community heads, religious leaders, Media outlets, Business communities, and Financial institutions to improve readiness, raise awareness, mobilize resources, plan for emergency and set up an Early warning system together.

The response is a critical stage for African countries to reach as they lack the basic facilities to manage incidents, However, we need to prepare for the worst, and arrange as much Logistics and Health facilities as we can for the response. Communication and coordination are also of paramount importance at this stage.

Finally, as we bring the Emergency under control and reduce impact which I am hopeful, we will be able to recover, reconstruct and above all learn from the incident.

Ismail Adan is a Sociologist and Social scientist based in Nairobi. He is specializing in Disaster Management at University of Nairobi