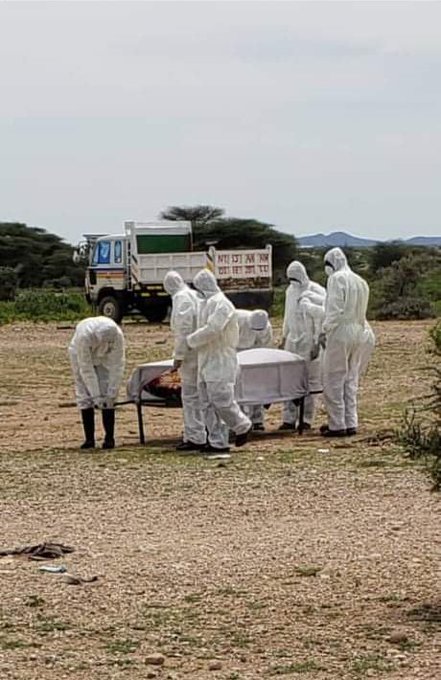 The Republic of Somaliland has, on Friday, reported its first loss to COVID-19.

According to an official Tweet of the National Preparedness Committee for COVID-19, thus, far, confirmed cases found in Somaliland number 9, including three new cases it announced today, of whom three have been declared fully recovered.

The Ministry of Health Development of Somaliland is confirming the first #COVID19 death case and three new cases for COVID-19 in #Somaliland, which is making the total cases nine (9).#COVID19Somaliland

The deceased was a male who did not of recent travel anywhere outside his hometown, Borama, or the country.

Samples taken of the late patient were sent abroad to ascertain his condition and have not yet returned before the sick man passed away, but doctors state that the deceased showed all the major symptoms associated with the virus.

He was buried in a manner compliant with the international directives on the matter accompanied by a handful of close relatives who kept their distance at the funeral.