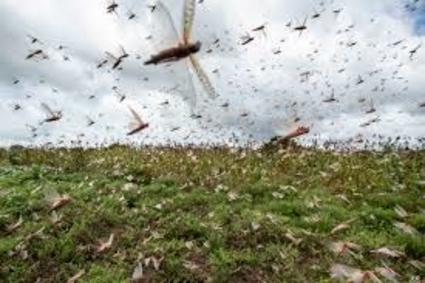 For over two hours, the skyline of the Somaliland skyline was covered today by waves and waves of locust swarms.

The swarms first flew over the city flying east and northeast. Then they turned back flying on the opposite direction shortly before sunset.

It took more than an hour for the swarms to clear the sky over the city with a sprinkle of stragglers bringing the tail end each time.

This is the second time the swarms have covered city skylines within the week.

Swarms breaking off from the larger hordes and settling on vegetation on the suburbs have been reported. Wherever the locusts settled they would swiftly and methodically strip branches of leaves leaving trees denuded looking as mere sticks sticking out from the ground.

The swarms were reported from other areas to the east and north and south and southwest leaving planted fields devastated and empty in a number of farming areas.

Somaliland has been plagued by the locust swarms for the better part of the year.

The free-wheeling swarms put a palpable menace on people’s lives in a country whose daily intake of fruit and vegetables had already been strained by a combination of troubled Ethiopia imports and late rains. 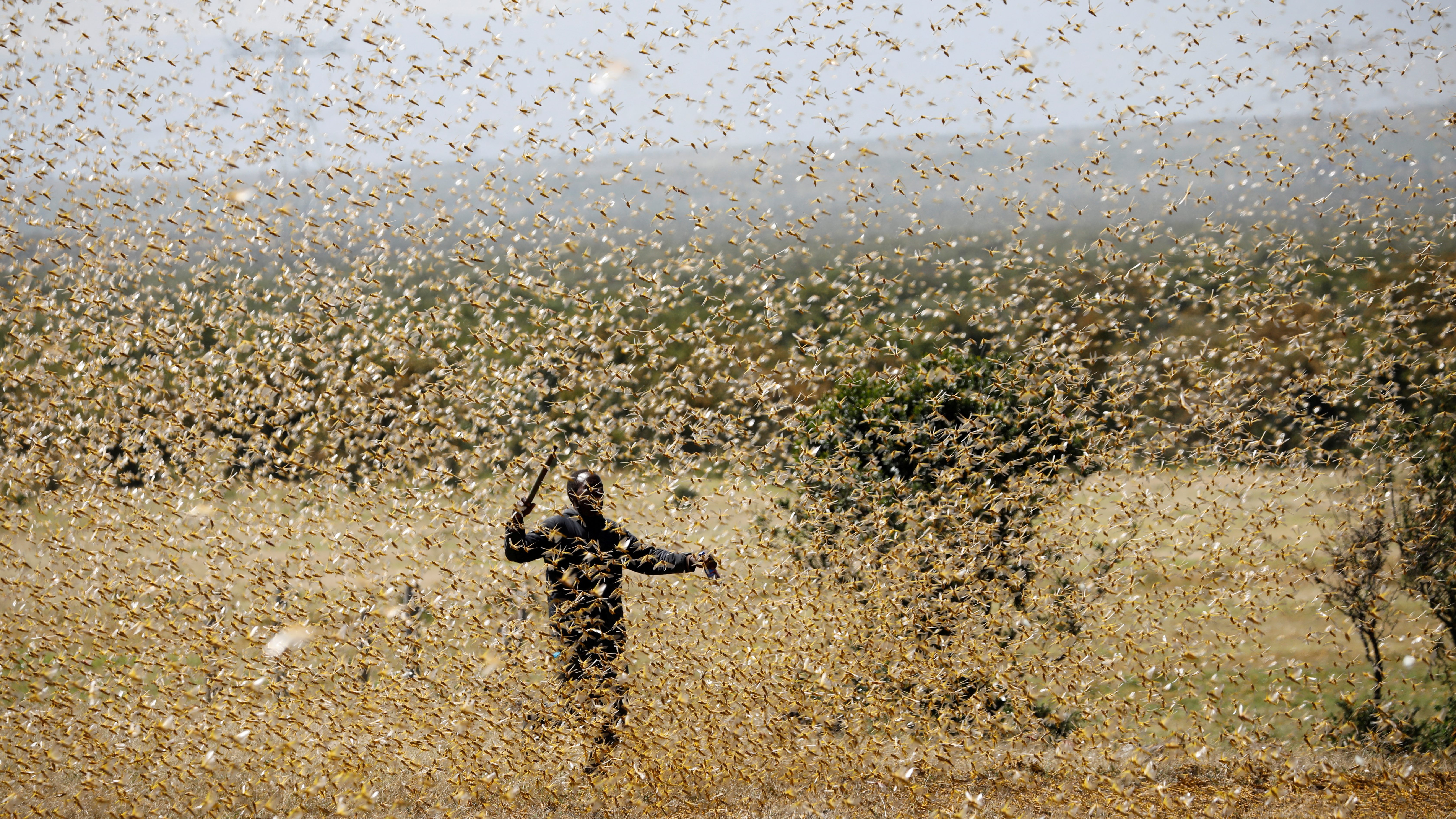 A recent, UN-sponsored report established that the marauding locusts tested ‘existing food storage in fragile Horn of Africa countries and add to inflationary pressures given the relatively high proportion of food in the consumer price index basket’.

According to the UN report, desert locusts can travel up to 150km (95 miles) a day, and a one-square-kilometre swarm can devour as much food as 35,000 people can eat in a single day.