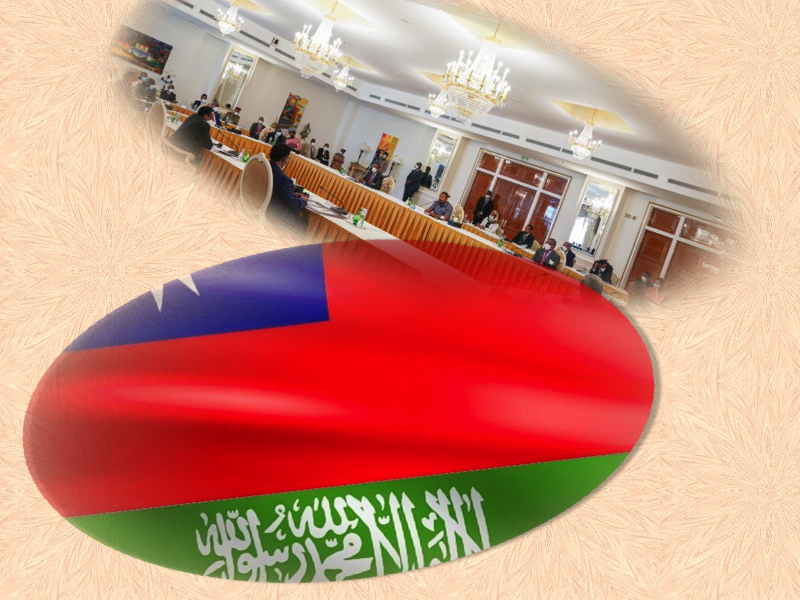 On 14th June 2020 Somaliland and Somalia met in Djibouti for a four-day summit. The summit, the first serious one since the two-sided started talking in 2012 in London, stirred up so much social media frenzy about its gamut and about whose initiative it was to bring the two sides together. The Americans, the Ethiopians and the Djiboutians were quickly identified as the midwives. But why this trio?

Somalilanders are forever suspicious of outsider motives ––and for a good reason. Not only that foreign intervention seldom brings fortune, but also the fact that states by definition look after their own interest does not sit well with missionaries repudiating Somalilanders. Wild speculations have it that each of the trio was chasing their own interest. For the American Ambassador Donald Yamamoto, the talks offered an opportunity to enhance diplomatic ambitions and for his country to strengthen its foothold in the Horn. For the ambitious Ethiopian young prime minister Abiy Ahmed, inspired by his recent bagging of Nobel Prize, to double his accolades by becoming the one who succeeded in bringing Hargeisa and Mogadishu back again together and to bolster his country’s economic ambitions. For the Djiboutian strong man, Ismail O. Guelleh, struggling with a local uprising against his ageing regime, the talks offered an opportunity to remain politically relevant; for outgoing Somalia’s Mohamed Abdillahi Mohamed (Farmaajo) a chance to use these talks to extend his tenure and probably win a second term in the next presidential selection and; for Somaliland’s Muse Bihi Abdi (MBA) a chance to flex his muscles. In short, the summit took place in the midst of these intriguingly competing interests.

Speculations aside, the reality is that since Somalia came under the leadership of Farmaajo, interest for the talks simply dried up. Farmaajo tried to achieve his country’s mission of bringing Hargeisa back under Mogadishu rule by reversing all earlier agreements thereby reducing Somaliland to a regional entity and by pursuing a policy of unsettling community relations in Somaliland. His move may not be entirely new. Propped up with international handouts and kept alive by foreign forces, his country, Somalia, always wanted to dictate the terms of the talks and to subjugate Somaliland into submission. One may remember Somalia’s Minister of Planning, Investment and Economic Development writing to international donors instructing them to cease special arrangements with Somaliland and the Somalian parliament trying to block a rare DP World investment opportunity in the Berbera seaport.

However, pressure from the trio has arguably this time forced Somalia’s Farmaajo to agree plodding to the table, but like his predecessors, serious about it was he not or worst yet prepared. He attended with an empty portfolio, pretending to worry about the people of Somaliland and drawing on the “Somalinnimo” narratives he started in his short stilted talk to preach MBA of the benefits of reunification but wasted much of his slot thanking “brother Ismail O. Geulleh” for bringing together “Somali brothers to work out their differences”.

Despite apparent frivolousness of the talks, Somaliland too turned up but did so with intent. An incentive for the move was that the international convenors auspicing the loggerhead would tame if Somalia does not play by the rules. Critics in Somaliland remained sceptical of the expediency of the rendezvous, but things changed though when MBA delivered a stellar speech laying out the incontestable legal, historical and institutional grounds for Somaliland’s sovereignty. Explaining how the two sides got where they are now, MBA rested on the illegality of the defunct union, leaned on the genocidal acts against the people of Somaliland, on the ongoing sabotage of economic recovery, on the politicization of humanitarian assistance and sped off by listing the catalogue of unfulfilled promises Somalia made since 2012 in a speech he enjoyed delivering and then left the judgement to the conveners.

The summit offered Somaliland an opportunity to open up for discussion the 1960 dubious failed union, a subject Somalia has forever been eschewing. Farmaajo’s team was already on the back foot, but the knot tightened further on his men for lacklustre attitude towards the talks when in an apparent attempt to derail the proceedings of the talks, they tabled trivial points undermining Somaliland’s sovereignty and the summit almost collapsed. It was a deadlock to be rescued by Djibouti at the eleventh hour to save face for everyone, well except for Somaliland.

The organizers may have planned to pave the way for eventually a favourable outcome for Somalia, but it was Somaliland, capitalizing on the opportunity, that has, piercing into their psyche of the convenors with undisputed history, has turned a new page. Nodding and note taking American Ambassador under the tutorship of Dr Edna Adam fed the pedant populations of Somaliland with much-needed pride. The contrasting photos of the Somalian delegate returning home under the cover of darkness and Somaliland’s delegate receiving a hero welcome in broad daylight speak volumes. As former Somaliland vice president, Ahmed Yussuf Yasin has tellingly observed the welcoming crowd braving the Covid-19 risks were sending multiple messages to their president, to the leaders of Somalia, Djibouti and Ethiopia and to the Americans and beyond: to show the world that MBA only represents them in a two-state solution scenario and to express their unwavering support for anyone championing their aspirations.

President MBA showed in his speech so much charisma that made President Farmaajo look so sloppy that Somaliweyn pundits struggled to hide their frustration with the ineptness of “Somalinnimo” sentiments. Some even went so far as to suggest the summit was not meant to bring the two sides closer but to humiliate the very Somaliweyn ideal.

However, there were blind alleys to the talks. Suspicion arose when a few days later, Djibouti had unconventionally issued a ghost communique suggesting that Somaliland had, in the end, agreed on two very contentious points, one pertaining to cultural exchange with Somalia and the other to co-management of the Somaliland airspace. The suspicion was further inflamed when Somaliland’s Foreign Minister, Yasin Haji Mohamoud, suggested the communique contained a misprint, Edna Adam tried to play it down, but MBA alluded to Somaliland making a concession on the contentious cultural exchange point but with attached conditions.

The president took the risk of taking off the edge of his rising popularity when he tried to explain away the mess that it was a question of semantics. Much to the relief of anxious Somalilanders, the confusion was cleared following the announcement of Somaliland exchanging diplomatic missions with the China Republic of Taiwan. With the news that Somaliland has indeed turned the page, Farmaajo wasted no time. He immediately summoned the mainland Chinese Ambassador in Mogadishu to his fortified office. According to his office’s communique, the two discussed the territorial integrity of their countries being infringed by Taiwan and Somaliland. To the talk’s critics, Farmaajo’s move was nothing but a knee jerk reaction indicating Somalia was not seeking a dialogue but control over Somaliland and wanted the trio (now plus the Chinese) to help her rescue her shipwrecked expansionist agenda. In any case, the new Taiwan connection has certainly dispelled any pretensions that under the sway of the summit Somaliland’s resolve may have weakened. The nodding and note-taking Americans are now suddenly welcoming the new Taipei-Hargeisa connection.

Mohamed Obsiye, Ph.D.  is a freelance researcher with keen interest in the nexus of ethnicity, nationalism and nation-state building.  He can be reached mobsiye78@hotmail.com

Hussein Abdillahi, Ph.D. is a former senior consultant to the Ministry of Agricultural Development in Somaliland and formerly a self-exiled dissident of The dictatorial regime of Siad Barre