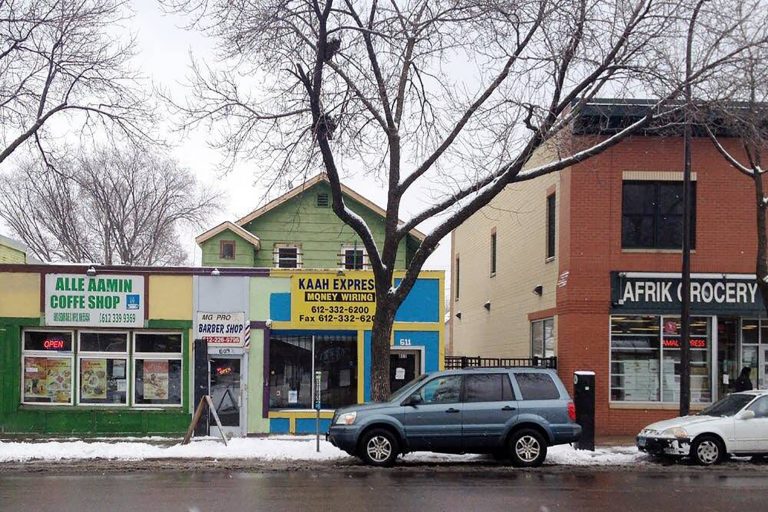 COVID-19 has disrupted the international money-wiring system called hawala. And U.S. banks won’t do business with them. The result, one Minnesota hawala operator says: His customers often can’t send money to families around the world.

In May, Shakir Hussein did something he’d never done in the dozen years he’s owned and operated an international money-transfer business in south Minneapolis: He turned away paying customers who needed his help to send money around the world.

In June, Shakir did the same thing. Now, in July, he’s still telling many customers he can’t provide the service. And in August, he predicts, he’ll probably keep turning them away.

To be clear, Shakir still wants to serve customers at his small money-transfer business, known as a hawala. He wires cash from Village Market—or The 24 Mall, as local Somalis call it—to nearly anywhere in the world. But he doesn’t have the capacity to transfer money the way he did before the COVID-19 pandemic gained a foothold—or a stranglehold—in Minnesota.

Shakir’s hawala is among dozens of similar businesses in the state that are struggling to transfer cash for Somali immigrants and refugees who want to send money—”remittances,” in industry language—to their families and relatives back home. It’s a huge, and irreplaceable, source of income for Somalis in East Africa.

Each year, according to Oxfam, an international organization working to end poverty, Somalis living in countries like United States, the United Kingdom, and Canada send about $1.3 billion to their family and friends in Somalia. That amount accounts for 25–40 percent of the country’s overall economy. More than $215 million of that comes specifically from Somalis in the U.S.

In normal times, each of these hawalas sends out carriers, who travel with cash in suitcases from Minneapolis–Saint Paul International Airport to Dubai, where many of the money-transfer companies are headquartered. Now, since COVID-19 struck in March, however, the door to fly money stacks has closed. This dilemma has left many hawalas in Minnesota to either go out of business or watch their revenues plummet.

But COVID-19 isn’t the first problem to shake the money-wire industry. The challenges began around 2011, when the U.S. government convicted two Somali women in Minnesota of transferring $8,600 to members of al-Shaabab, the violent extremist group in Somalia. Following this investigation, many banks—including Wells Fargo, U.S. Bank and Sunrise Banks—cut ties with hawalas.

On a recent Thursday afternoon, Sahan Journal sat down with Shakir in a back office of his hawala. He talked about the effects COVID-19 has had on his business, why mainstream financial institutions severed ties with money-transfer companies, how the system works, and potential solutions to the ongoing problems the industry has faced. Here’s our conversation, translated from Somali and edited for clarity:

When did you start this business and how has COVID changed things for you these days?

I started this business back in 2007 when I lived in Tennessee. I moved to Minnesota in 2008 to work with my brother who owned this hawala. Two years later, I took over the business as the owner—and I’ve been working in the industry ever since.

Coronavirus has closed down everything. From March 19 to the first week of May, we had a complete shutdown. The malls were closed. The businesses were closed. That was the biggest impact. COVID-19 changed how people think about going into public space, how they interact with one another. Of course, this has led to a decrease in foot traffic in our small businesses.

But since businesses reopened, we’re still struggling. Not because people aren’t coming to get our services. But because we can’t meet their demands. We’re actually turning away many people who want to send money. This is the first time in my career I’m telling people, “No, we can’t send money for you.” This is what every hawala in the U.S. is facing right now.

To be clear, you and other hawalas are still transferring money for your customers. But you aren’t serving as many customers as you used to?

And why are you not able to transfer money?

Well, before coronavirus, when things were normal, we used to transfer money by airplane. Literally carrying cash in bags every week and flying them to Dubai. Each hawala pays a round-trip airfare for one of its employees, arranges a hotel and prepares legal papers needed to inform airport officials about the money.

Eighty percent of hawalas have relied on this method of transfer since 2010. But now, all the cash that we used to transport can no longer be moved: You can’t enter Dubai because of COVID. There’s no other way to transmit money. The cash is piling up.

Wait, the only way you could transfer money is by flying with stacks of cash? Whatever happened to banks?

The hawalas used to work with mainstream American banks. There was no need to carry cash. But that stopped in 2010 when the U.S. government found a couple of cases where people in Minnesota allegedly sent money to a terrorist organization through the hawala system. That caused almost all banks, one by one, to drop hawala businesses.

Eighty percent of Somali hawalas don’t have banks to work with them. Carrying cash was the last option we had for a long time. And now, that’s stopped.

We’re legal businesses. We have licenses. We pay insurance. Yet we can’t go to a bank and open accounts, so we can conduct our business. Every day, we call new banks and ask them if they accept money-transfer services.

They tell us no, and hang up the phone. Nobody will tell you why.

So, there’s not a single bank in the U.S. working with you?

There are only one or two small banks that work with hawalas these days. A few hawalas share one bank.

We have one bank. We don’t have the capacity to send more money.

Which are those banks?

I can’t disclose them.

Did the government prohibit the banks from working with hawalas?

No one has directly told banks not to work with our businesses. But the banks face extensive auditing and investigation if they disclose that they work with hawalas. The U.S. government overregulates them and puts them under a lot of pressure. To avoid any liability, the banks decided to just not work with us.

The money-transfer business is generally high risk. You have to watch for many things. Drug dealers laundering money. Terrorists sending money. All kinds of illegal activities.

How does the hawala system work? Say, I want to send $300 to a relative in Mogadishu. How would you get it there?

Then, we’d ask you the full information of your relative, the receiver. It’s usually a name, location and a phone number. We then charge you a service fee of $6 for every $100 you send.

Then we execute the transaction. Then, the compliance department reviews it to make sure everything is OK. If it’s cleared, your relative would receive a text message saying come pick up money from a local hawala. All of this would happen within 24 hours.

How important is the hawala system to the Somali community? Who sends or receives money through the system?

Almost every Somali adult in the U.S. has a family or a close friend outside this country. Many, many people send money on a monthly basis to their loved ones to help them with things like paying for rent, tuition, health care. And the only system that’s available to both the senders and receivers is the money-transfer system.

So hawalas affect every person. They’re a lifeline for millions of people.

What have you and other your colleagues in the industry done to address this issue? Have you reached out to authorities from the U.S. federal government or elected officials in Minnesota?

We led a number of campaigns in the past. Keith Ellison, who’s now the attorney general of Minnesota, did a lot of work around this issue when he was a representative in the United States Congress. He tried his best. He proposed bills twice or three times—I don’t know. But that, unfortunately, didn’t go anywhere.

Many elected officials in federal and state government don’t understand the significance the hawala system has for our people. This has been a big problem. The people who are supposed to do this don’t care. They’re not the ones affected by this. So, they choose not to do anything.

What’s next then? Are you looking for other career alternatives?

This is my profession. I’ve been doing this for more than 10 years. I don’t have something to replace this business. So, we’ll just have to deal with these problems, until it completely shuts down.

This is a lifeline for our people. Every sector you can think of—trade, livestock, education, health, real estate—relies on the hawala system. If the hawala stops, everything stops.