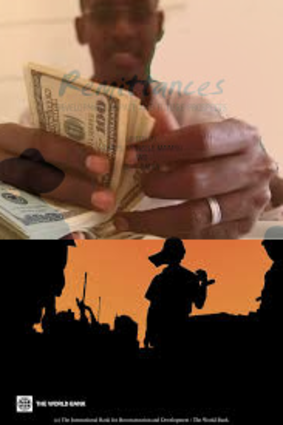 Remittance companies are a crucial mechanism for transferring cash to Somalia, where the fledgling formal financial sector remains largely isolated. Despite improvements, Somalia struggles with weak financial management, a climate of impunity regarding government corruption and the destabilising threat posed by the homegrown Islamist militant group, Al-Shabab.

As a result, commercial banks in Somalia remain largely cut off from global financial flows and are unable to accept or initiate international transfers. For the majority of individuals and entities living or operating in Somalia, international financial transactions require the use of remittance providers, often, and increasingly misleadingly, referred to as hawalas.

Although traditional hawala operations in the United Kingdom still exist, major remittance agents serving Somalia are now closely affiliated or have partnered with the recently established domestic banks in Somalia. The major remittance companies in the UK are increasingly trying to implement anti-money laundering and counter-terror financing protocols and know-your-customer measures to meet basic international regulatory requirements and integrate their services into the regional and global economy. But major difficulties in doing so remain.

The majority of remittances received in Somalia are sent from countries with significant Somali diaspora communities. In the UK — which hosts by far the largest Somali diaspora community in Europe — there remain concerns regarding the strength of anti-money laundering and know-your-customer systems in place for many authorised payment service providers, including all remittance agents. On July 9, the UK Financial Conduct Authority (FCA) published a “Dear CEO” letter addressed to all authorised payment services that outlined a plethora of weaknesses in the industry and concluded with the stark warning that it would “act swiftly and decisively” if the companies failed to meet their expectations. These weaknesses include a failure to establish sufficient safeguarding measures and implement effective anti-money laundering, counter-terror financing procedures, record management and reporting deficiencies.

At the heart of these weaknesses lie the issues of cash, identity and agent integrity. The traditional remittance model depends on a network of multiple agents located throughout the UK and deals exclusively in cash, which is collected from customers for processing and onward transfer. The use of cash means that financial flows are difficult to trace, leaving the system open to money laundering and terrorism financing.

Although senders of remittances have to provide identity documents, which are then stored in the providers’ transfer systems, the process still ultimately depends on the integrity of the agents. A 2019 investigation by the Norwegian Financial Supervisory Authority into an Oslo-based agent of a major Somali remittance company, Taaj, found several customers had had their identity documentation misused to transfer funds on behalf of other customers seemingly keen to conceal their identities.

According to FCA regulations in the UK, remittance agents (including hawalas), which process more than €3-million a month, are required to safeguard client funds. This involves segregating the funds provided by clients for transfer from any associated fees and then securing them, either in a dedicated bank account or through insurance. But remittance agents serving Somalia are struggling to achieve either.

Since the early 2010s, starting with the high-street brands and gradually extending to smaller private and specialist institutions, UK banks have withdrawn the provision of many remittance agents’ standard business banking facilities and refused to open new accounts, with banks almost always citing “a lack of risk appetite”. Only one UK-based insurance broker openly offers safeguarding insurance, but it too has reportedly demonstrated a reluctance to work with remittance agents serving Somalia.

This situation initially prompted the growth of a new industry of consultants and consulting firms offering to leverage their established networks of friendly banks to establish the account facilities. But, according to the manager of one such entity, their options are now also drying up, particularly after the July letter sent by the FCA, which prompted a rapid acceleration of account closures among the last few formal banking institutions willing to serve remittance companies.

Banks increasingly present remittance agents with convoluted application processes, which for certain African states ultimately amount to a denial of services. There have been two major consequences of banks’ disengagement from the remittance sector.

The second consequence is the entrenchment of the cash model. As a result, cash has to be physically transported from the agent to a courier and cooperation with domestic regulatory bodies in Somalia, where there is a humanitarian imperative to maintain the flow of remittances. Remittance agents operating in rural parts of southern and central Somalia cite the safety of their staff from Al-Shabab militants — who do not wish to leave a financial footprint — as their rationale for limited compliance with domestic regulatory bodies.

Despite the imperative to keep the remittances flowing, it is inarguable that the lack of a functioning financial regulatory and national identification system in Somalia has long made the system vulnerable to abuse by organised crime groups. A forthcoming study by the  Global Initiative Against Transnational Organised Crime will detail how the remittance system underpins the Yemen–Somalia arms trade.

The increasingly restrictive environment for remittance agents serving Somali comes at a time when many are already facing difficulties, with a recent fall in business prompted in large part by the Covid-19 pandemic. Lockdown measures in the UK led to the temporary closure of many agents’ premises and made customers reluctant to venture out, withdraw cash and physically carry it to the nearest agent.

The permanent closure of remittance companies serving Somalia would have a significant and immediate humanitarian negative effect. Somalia, which is among the world’s least-prepared health sectors, is facing its own coronavirus crisis. The country has also experienced severe flooding along river basins and an invasion of desert locusts, raising the prospect of food insecurity and famine conditions that could claim many more lives than Covid-19.

The economic effect of the restrictions may also have longer-term repercussions. The formal financial sector is in the early stages of revival and trust in it is limited. Given the interconnectedness of banks, mobile-money platforms and remittance providers, the collapse of one component is likely to dent faith in the others, and could result in a cash run on financial institutions.

In the UK, the closure of remittance agents is likely to undermine the broader aims of financial regulation. One foreseeable outcome is that financial flows from the UK to Somalia will be driven further underground and that, in the absence of affordable formal and regulated remittance services, an informal market for the physical transportation of cash across borders will flourish.

For different reasons — to do with over-regulation at the receiving end — this is already largely the case for remittances sent globally to Eritrea. According to some estimates, at least two-thirds of remittances sent to Eritrea are now made informally.

Individuals face risks when importing cash for family and friends in suitcases through Asmara International Airport. Yet they are willing to do so to avoid being forced to accept government fees and the official exchange rate, which almost halves the money’s purchasing power once converted into local currency.

UK-based remittance companies serving Somalia are dangerously close to being permanently shut down, which would leave a vacuum for informal actors to fill. Creative solutions need to be found to protect remittance agents while also strengthening the accountability of transactions.

A shift away from cash to digital transactions — requiring debit and credit card transactions or bank transfers to send remittances — would reduce opportunities to exploit weak systems and the loopholes among agents in the UK to send funds anonymously, while strengthening traceability of cross-border financial flows. This would require the restructuring and modernisation of the Somali remittance business model. But it would also require facilitation by UK banking institutions which have little, if any, incentive to risk working with remittance providers serving Somalia.