SomTribune
Home Somalia Somaliland Must Stop All Talks With Somalia 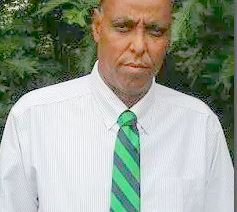 This laughable and irrational claim violates Somaliland #sovereignty, #internal affairs and its commitment to international diplomatic #recognition. It is a political war, it is hit job to undermine Somaliland recognition. It is also disparaging and insulting to #Somaliland prestige, dignity and intelligence as #independent nation. This is overdue action that should have been taken long time ago to eliminate this political threat.