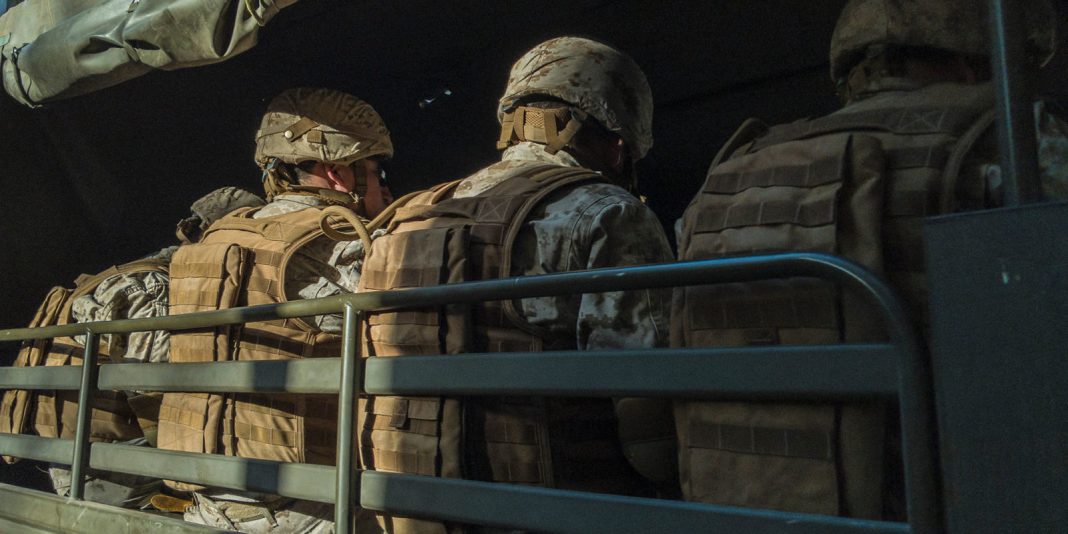 Given the large US military presence in Africa, could the continent benefit from having the command based locally?

When the Pentagon sought to locate its newly formed Africa Command (Africom) somewhere in Africa in 2007, Botswana and Liberia were reportedly eager to host it. But then South African president Thabo Mbeki and his defence minister Mosiuoa Lekota mobilised the continent to oppose the move. They said it would constitute an unacceptable violation of Africa’s sovereignty.

The United States (US) eventually backed down and opted instead for Stuttgart, where its Europe Command was already installed. Now Africom is looking for a new home and the question arises again, in a different political and military context, would it be to Africa’s advantage if it moved to the continent?

In July this year Africom commander General Stephen Townsend announced that: ‘US Africa Command has been told to plan to move.’ This would be part of the Pentagon’s plan to withdraw 12,000 troops from Germany after President Donald Trump decided to cut back on America’s military presence in that country. Trump’s position was that Berlin wasn’t meeting its North Atlantic Treaty Organisation (NATO) collective defence commitment to spend at least 2% of its GDP on its military.

Townsend said Africom was looking for a new location either in Europe or the US. Officials reportedly said privately that the command wasn’t looking for a new headquarters in Africa. This was apparently to avoid the impression that the US was militarising its relations with the continent.

Judd Devermont, Africa programme head at the Centre for Strategic and International Studies in Washington, said: “If Africom is moved, it seems more likely that it will relocate to Europe or to the United States than to an African country. There were few African takers when Africom was established, and I suspect there remains limited interest in hosting a large number of US personnel. If it remains in Europe, Belgium, Italy, Spain, and the United Kingdom have been raised as potential candidates.”

But if there were any African takers, moving to the continent would presumably make sense from a purely operational point of view. Perhaps, though, the Pentagon is recalling the huge controversy back in 2007.

There is considerable irony though, in the ensuing history. If Mbeki, Lekota and others thought that keeping the command offshore would keep the US military presence at bay, they were mistaken. On the contrary, US – and other foreign – military activity in Africa has proliferated.

According to the Institute for Security Studies (ISS), 13 foreign countries now have a known military presence in Africa, mostly concentrated in the Horn where they maintain 11 military bases. The ISS says the US and France have the greatest number of troops. It quotes the French Ministry of Defence as saying France has an estimated 7,550 military personnel spread across the continent (excluding United Nations operations).

Other sources estimate that the US has about 7,000 special forces on rotation in Africa, carrying out joint operations with national militaries against jihadists. Another 2 000 soldiers are conducting training missions in some 40 African countries.

Djibouti, with its strategic location on the Red Sea and commanding the el-Mandeb Strait, is the epicentre of this foreign military presence. It hosts seven armies and most of the Horn’s 11 military bases. The Intercept says Africom now has 15 “enduring” bases and 12 less permanent “non-enduring” or “contingency” bases in Africa.

Foreign militaries have various motives for coming to Africa. Some have nothing to do with the continent – such as the US supposedly using Djibouti or the United Arab Emirates using Eritrea as launching pads for operations against Yemen. Much of the growing foreign military presence is about advancing global superpower rivalries. Some foreign forces are however trying to help keep violent extremists at bay.

Africa’s motives are equally varied. Some insecure leaders are perhaps still using foreign armies to prop them up – France in Chad and Russia in the Central African Republic for example – or simply to make money. But again, some need the foreign soldiers to help curb violent extremism; a goal that potentially benefits all.

Continentally the attitude towards foreign military presence seems rather tentative. The African Union (AU) is formally opposed to foreign military bases. But its Peace and Security Council issued a mild statement in April 2016 calling on member states to be ‘circumspect’ when ‘entering into agreements’ that would lead to the establishment of foreign bases in their countries. Not a strong deterrent, at least judging by its effect.

Inadequate national militaries and a continental standby force that still exists largely only on paper are clearly contributing to the growing foreign military presence.

Given the reality of a large dependence on outside support, one can’t help asking if moving Africom to Africa would be more in the continent’s interests than having it operate out of Europe or the US. It would certainly acknowledge the reality on the ground. Apart from shortening reaction times, it would also presumably enable the AU and African countries to manage and monitor America’s sprawling military presence better if they had one contact point.

Others believe though that such a move would be little more than symbolic. With such a large de facto US military presence in Africa anyway, Africom headquarters are really no more than an administrative centre that could be located anywhere.

One AU watcher says: “Africom is deeply embedded in the AU. It has an attaché to the Peace and Security Department. It has a unit in the embassy specifically focusing on the AU that has been heavily involved in enunciating a number of AU policies particularly on maritime security, Sahel security, and deployment of a number of missions. It has also embedded staff in the AU early warning unit and Peace Support Operations Division.”

And so if the presence of an Africom HQ in Africa would be mostly symbolic anyway, keeping it offshore would perhaps be better. The symbolism would probably be mostly negative – likely of occupation – and symbolism, it seems, is more powerful than reality.

And then there is the possibility that Africom won’t move from Germany after all. Such a move would be motivated entirely, it seems, by Trump’s own private bugbear about Germany not paying its dues in NATO. So if he is defeated in the 3 November presidential election, perhaps it won’t happen at all.

Peter Fabricius is an ISS Consultant.