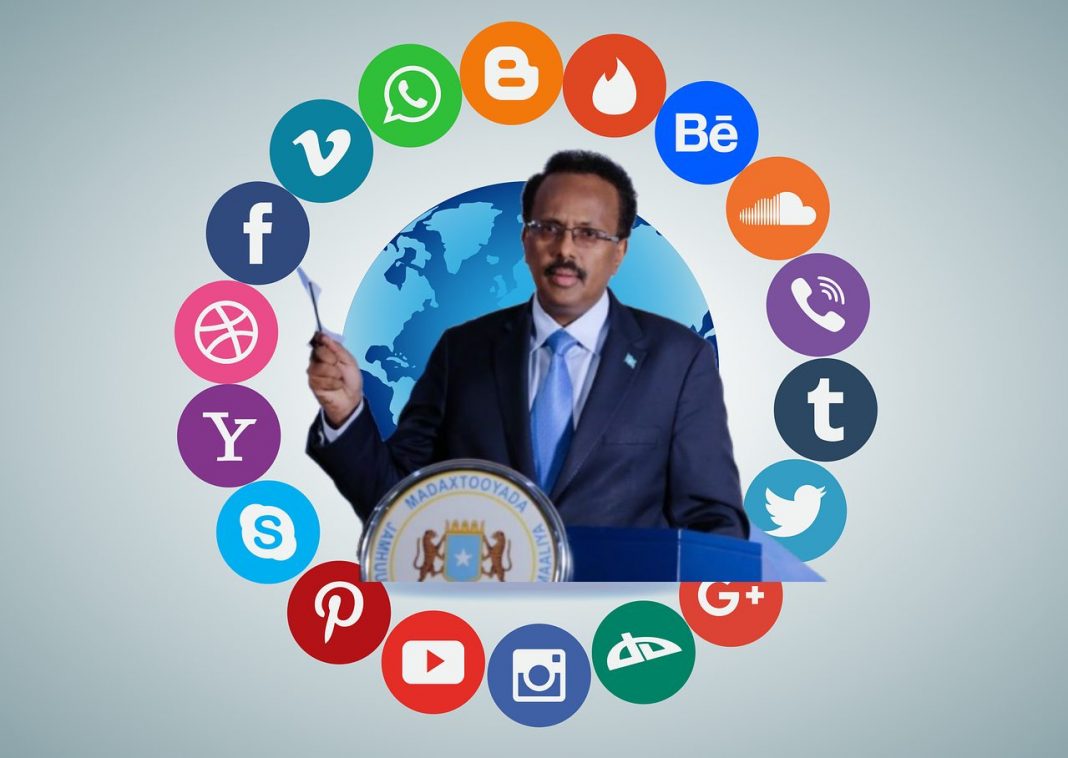 The Committee to Protect Journalists, Human Rights Watch, and Amnesty International today sent a joint letter to the president of the Federal Republic of Somalia, Mohamed Abdullahi Mohamed, expressing concern over a restrictive amended media law and asking the president to take concrete steps to safeguard press freedom and journalist safety during upcoming elections.

The amended Somali media law, which the president approved in August 2020, recognizes media freedom but includes criminal penalties that are “vaguely worded and could give law enforcement authorities wide scope for misinterpretation and abuse,” according to the three organizations’ letter. Among other aspects, the amended law requires journalists to be licensed with the government and gives the country’s minister of information significant power over the Media Council, an independent committee set up to provide oversight of the implementation of media policy.

CPJ, Human Rights Watch, and Amnesty International also urged the president to review other laws that pose a threat to press freedom, including the penal code. Ahead of parliamentary and presidential elections slated for late 2020 and early 2021, the three organizations asked the president to call on judicial and security authorities to stop further arrests and prosecutions of journalists; order security agencies to respect the rights of journalists; and ensure that a new proposed prosecutor for crimes against journalists “promptly and impartially investigates credible allegations of harassment, threats or violence.”

In 2019, for the fifth year in a row, CPJ named Somalia as the country with the worst record for prosecuting murderers of journalists in its Global Impunity Index. 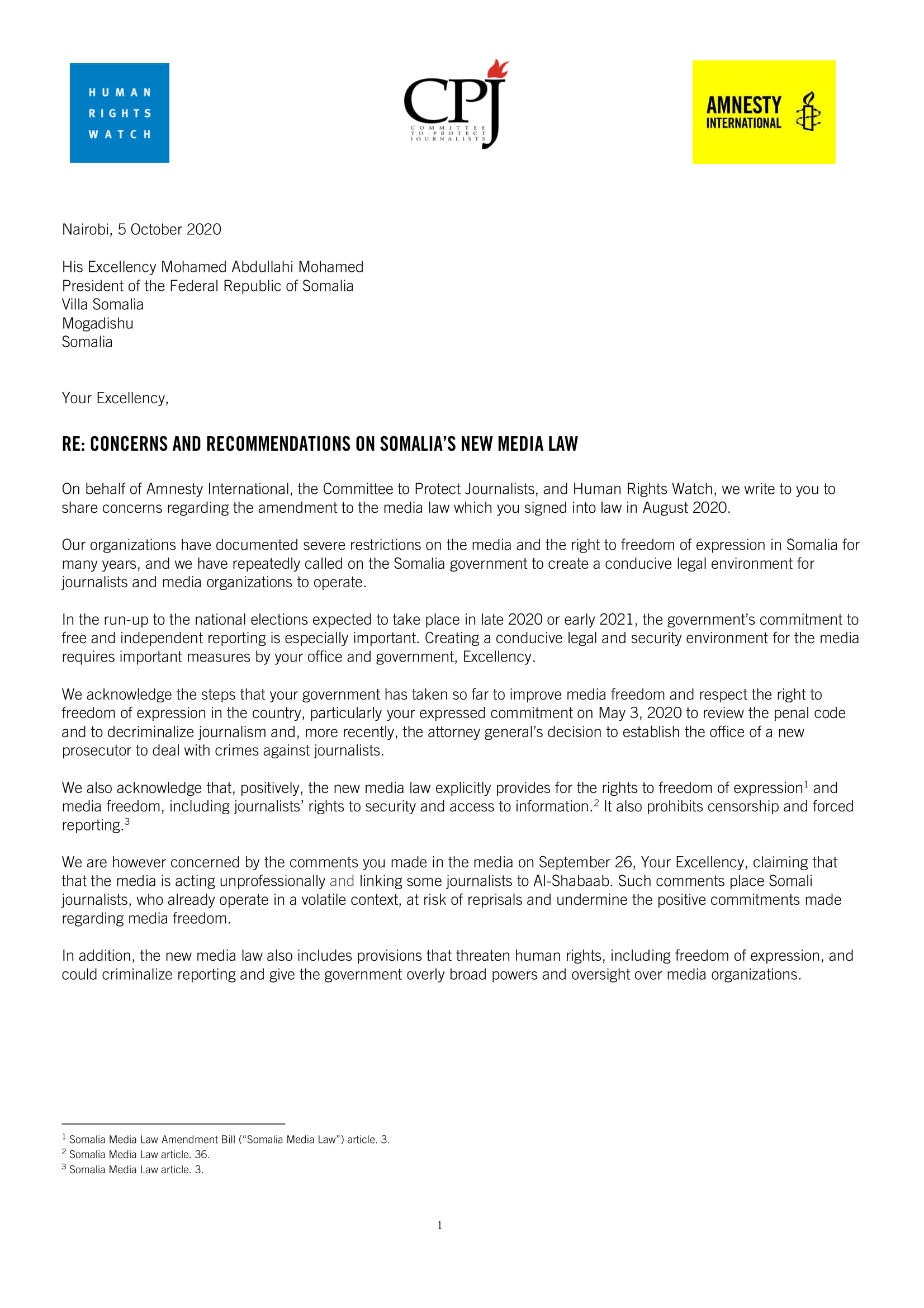 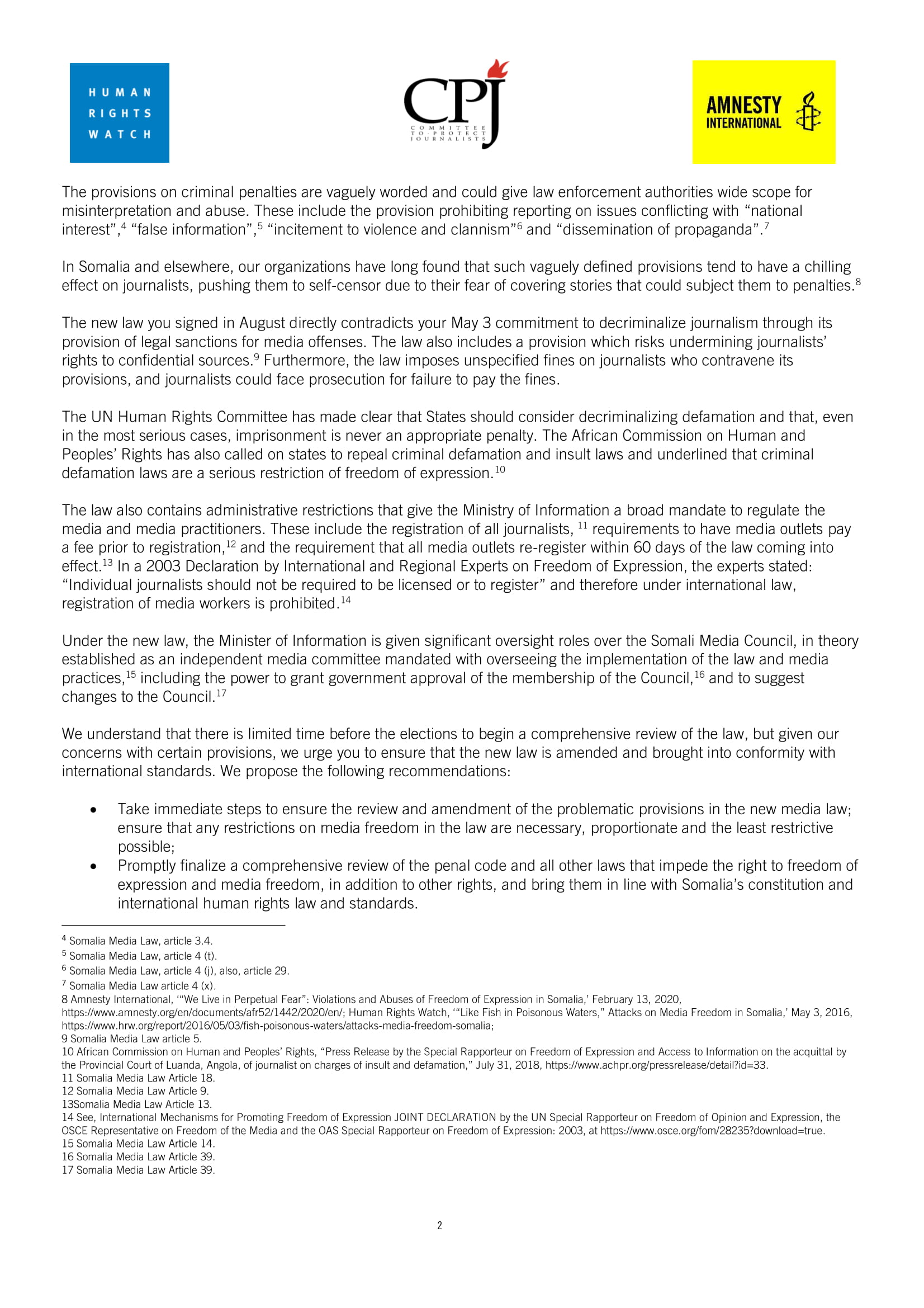 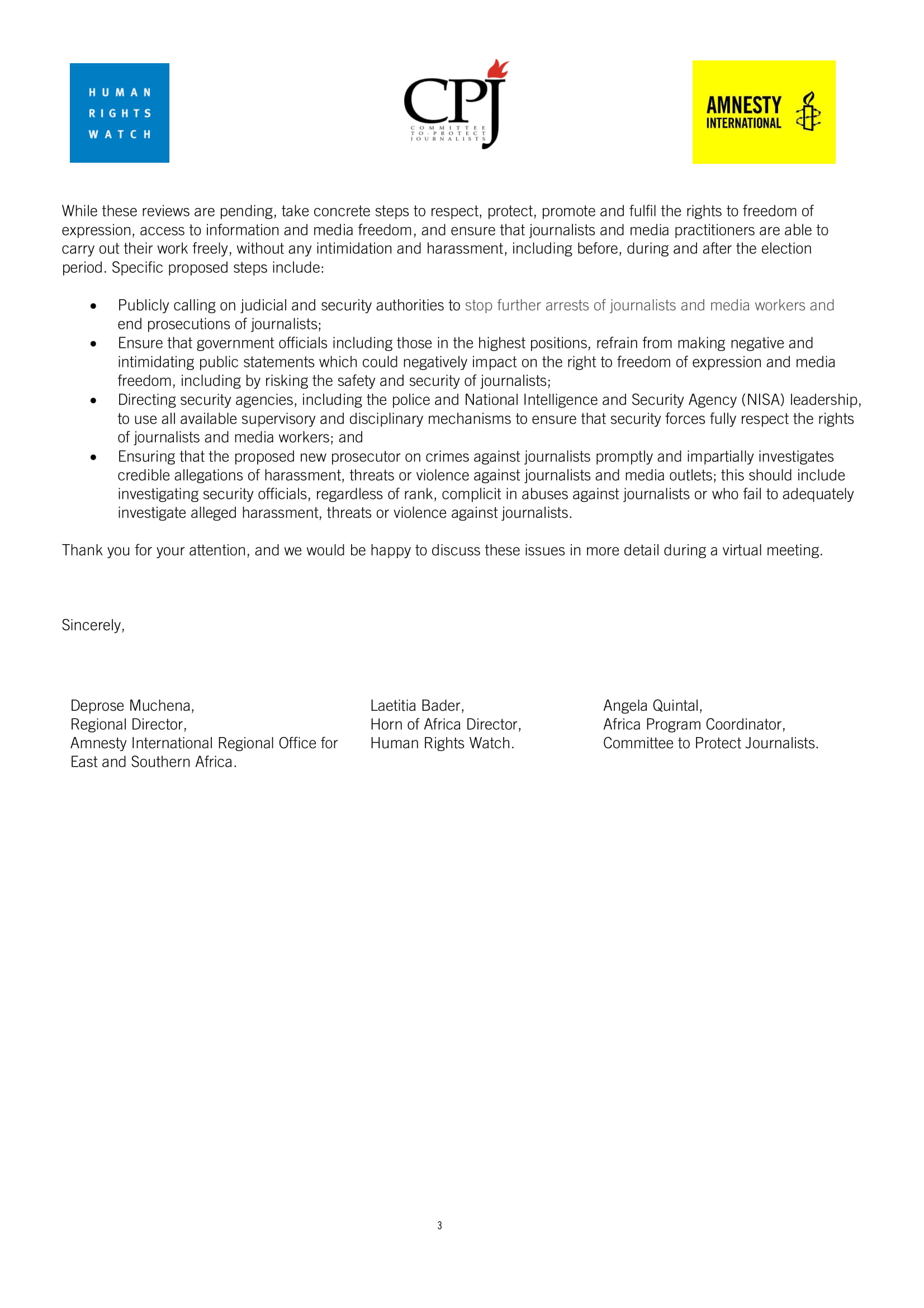