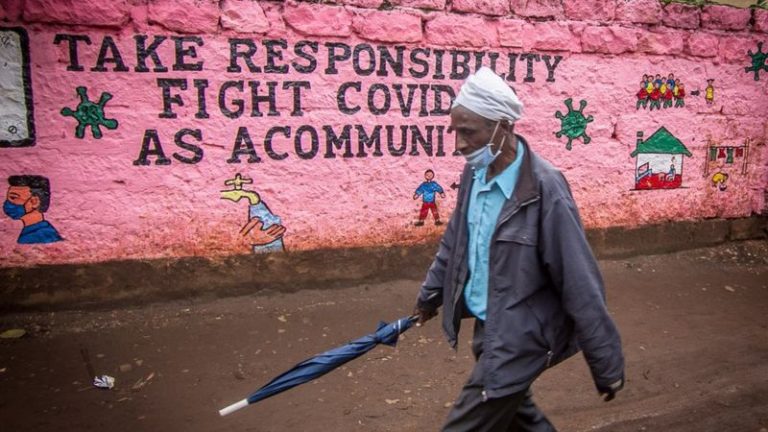 Africa has not been too badly hit in health terms, but the economy has suffered

The economic damage as well as the health costs caused by coronavirus has left Africa needing $1.2tn (£920bn) over the next three years, the International Monetary Fund has said.

IMF chief Kristalina Georgieva said the world “must do more to support Africa to [recover]… from this crisis”.

Africa has had fewer Covid infections and deaths than most other continents.

But the World Bank says 43 million more Africans are at risk of extreme poverty as a result of the pandemic.

The economic impact is reversing the trend in recent years of strong growth in Africa, as jobs have been lost and family incomes have been reduced by 12%, Ms Georgieva told a virtual IMF meeting.

To help soften the blow, many African governments have introduced mitigation policies which have cost 2.5% of GDP, she added.

The IMF has given African countries about $26bn to cushion the impact but even with the help of private lenders and other countries’ assistance there is still a huge shortfall in funding.

“Some countries are confronting high debt burdens forcing them to choose between debt service and additional social and health spending,” the IMF chief said.

As a means to help, she called for an extension of the moratorium by the G20 of debt repayments and wanted more funds to be available to lend.

There have been more than 1.5 million confirmed coronavirus cases in Africa and nearly 37,000 people have died.