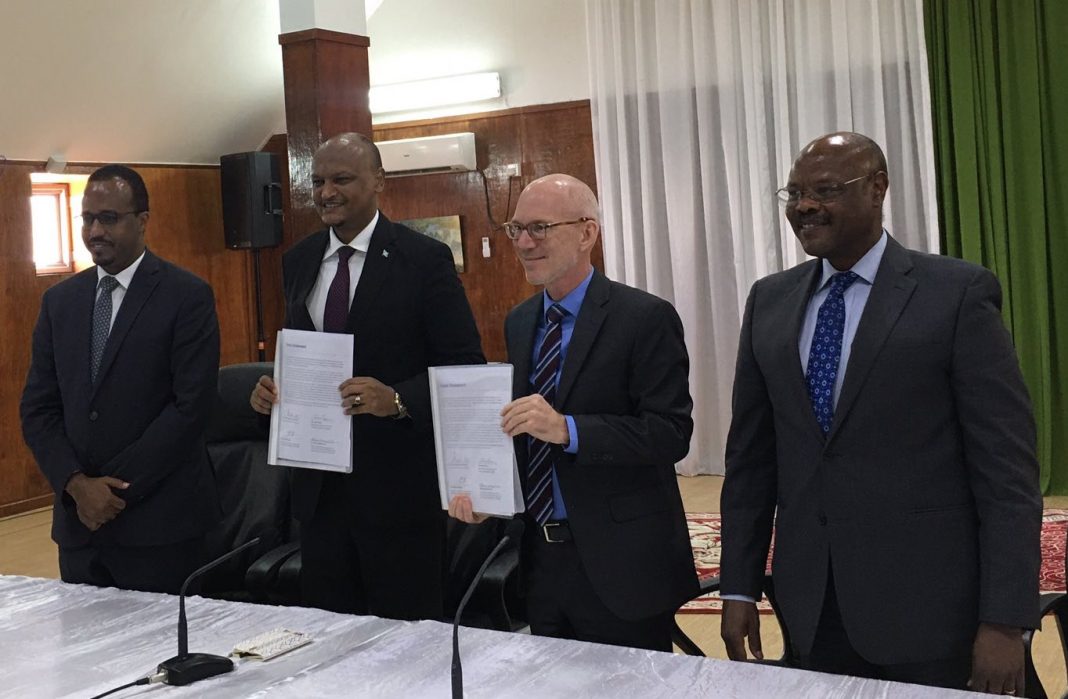 At end of an extra-ordinary meeting the  Republic of Somaliland’s Cabinet of Ministers, chaired by the President, Musa Bihi Abdi, convened Saturday, stated the recent agreement between the UN and the Somalia Federal government on sustainable development was an affront to the sovereignty of the republic as it was calculated interference in Somaliland’s internal and developmental affairs.

“The Cabinet of Ministers discussed at length an agreement which the United Nation’s Special Representative, James Swan, and Somalia penned on 15 October 2020 on the UN’s Sustainable Development Cooperation Framework (UNCF) which manifests an affront on the sovereignty and internal affairs of the Republic of Somaliland,” a statement issued by the cabinet said.

“Somaliland is not a member of the Somalia federal system, would not and had never been one,” the statement said.

The Cabinet stated that the Republic of Somaliland has ofttimes in the past shared its nationhood status and views with the international community and that it once more reiterates the existence of Somaliland and Somalia as two distinctly separate countries.

“Somaliland has for the past thirty years shared nothing – whatsoever – with Somalia,” the statement shouted out.

“The development cooperation framework is a reaffirmation… of the #UN’s longstanding commitment to support #Somalia on its path to #sustainable peace, #security and #development for all,” the UN envoy, James Swan, said the agreement signing.

The development cooperation framework is a reaffirmation… of the #UN’s longstanding commitment to support #Somalia on its path to #sustainable peace, #security and #development for all," @UN envoy James Swan said today at new agreement signing. More: https://t.co/0ArzcVGP3m pic.twitter.com/POdBCmXdZ9

“Since signing of the UN Strategic Framework in December 2017, Somalia has made remarkable progress in its journey towards consolidating peace and sustainable and inclusive development, with steadfast UN support,” Mr Swan said at the signing ceremony.

“The UNCF is an impressive achievement of collaboration across levels of the UN, Government and other stakeholders,” said Mr Adam Abdelmoula, the Deputy Special Representative of the Secretary-General, and the UN Resident Coordinator & Humanitarian Coordinator for Somalia.

. “It is through this Framework that the UN, with our partners, will further strive to address the structural causes of chronic fragility and instability that have constrained inclusive and sustainable development in Somalia for decades,” he added.

“Today I signed the UN Sustainable Development Cooperation Framework for 2021-25 with SRSG James Swan, AmbGamal and DSRSG Adam,” Mehdi Gulaid, the ex-Deputy Prime Minister of a government that the Somalia Federal government ousted several months ago but who is still clinging on to the position boasted.

“I welcome the UN’s clear commitment to supporting Somalia’s national development priorities through the direct alignment of the Cooperation Framework with the NDP-9, as well as the aid coordination architecture,” he said.

He and Gamal Mohamed Hassan, the planning minister of the same interim government are Somaliland-born where they are seen as self-serving mercenaries serving Villa Somalia to undermine their homeland which restored its independence in 1991 from a failed, costly merger with Somalia which lasted another 30 years.

Somalia with the direct support of the United NAtion’s office in Somalia (UNSOM) has rounded up out of employ, Somaliland-born aspirants from Mogadishu as members of its bicameral parliament in 2016.

In the planned Somalia ‘elections’ of early 2021 – and again with the full knowledge and support of the UN, it intends to repeat the selection exercise behind closed doors as in that earlier one.

“UNCF outlines ways in which the United Nations intends to support government-owned and government-led priorities. The Framework’s main pillars of activity directly mirror those of Somalia’s ninth National Development Plan (NDP-9), namely, inclusive politics and reconciliation; security and the rule of law; economic development; and social development,” the press statement which followed the signing emphasized.

Although Somaliland fully well knows that UN and other international partners are behind the  unfounded,  make-belief claims of Somalia over Somaliland, it never, thus far, trained on the full brunt of its wrath – and dusappointment – where it truely belonged.

The UNCF will replace a similar, previous agreement – the UN Strategic Framework (UNSF) – which expires at the end of this year.

Complete Statement as below.