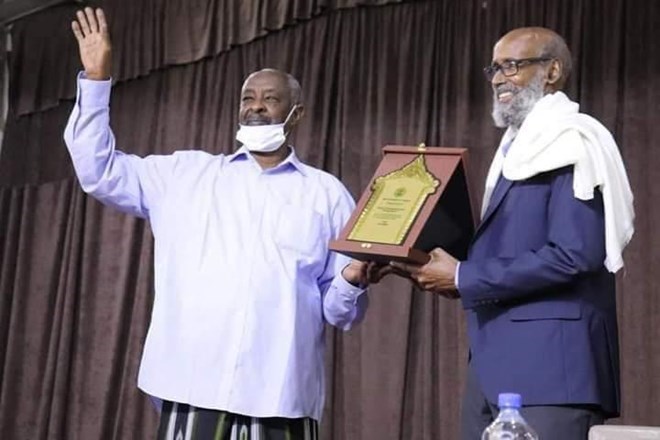 A former Somali Air Force pilot was honoured in Somaliland on Tuesday for refusing to bomb Hargeisa and thus, saving the lives on countless civilians in the process.

Ahmed Mohamed Hassan (Ahmed Dheere) was awarded a medal of honour by Somaliland’s Minister of Interior Mohamed Kahin in a ceremony held in the same city he refused to bomb over 32 years ago.

Ahmed joined Somalia’s Air Force in the early 1970’s where he rose through the ranks to become a Lieutenant Colonel. His family is from the Banadir region, and he hails from the Abgaal clan. 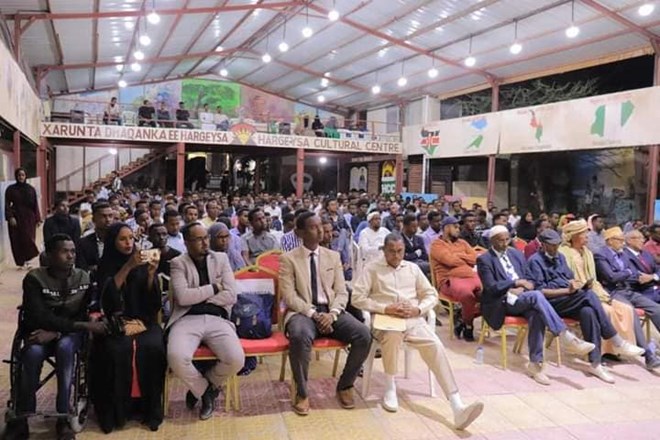 Somalia’s military dictator Siad Barre launched a relentless offensive against SNM rebels in the northwest part of Somalia. As a heavy-handed response, Barre ordered the destruction of many urban centres in the northwest leading to the death of an estimated 200,000 members of the Isaaq clan.

In May 1988, Barre ordered Somali National Army fighter jets to level the city. The indiscriminate bombing and the carnage left in the wake left earned it the name “the Dresden of Africa.”

It is in this climate that on July 13, 1988, Ahmed Dheere was ordered to go on a bombing campaign in Hargeisa. Once in the sky, Ahmed Dheere bravely refused his command and switched off his radio. He flew his Russian-made MiG-17 fighter jet to Djibouti where he made an emergency landing on a sandy beach.

He was granted political asylum in Europe and settled in Luxembourg with his wife and children.

Over the years, he has told journalists that as an air force pilot, he took a solemn oath to protect Somalia from it’s enemies. He said to bomb his people would be a betrayal of that oath. He refused to spill the blood of his countrymen.

The Hargeisa campaign was one of the most gruesome theatres of the Somali civil-war as thousands perished at the hands of government troops. On May 18, 1991, the SNM declared the (erstwhile) northwest region(s) of Somalia independent and established the Somaliland Republic. However, it is not recognized by the international community despite bearing all the hallmarks of a modern nation-state.