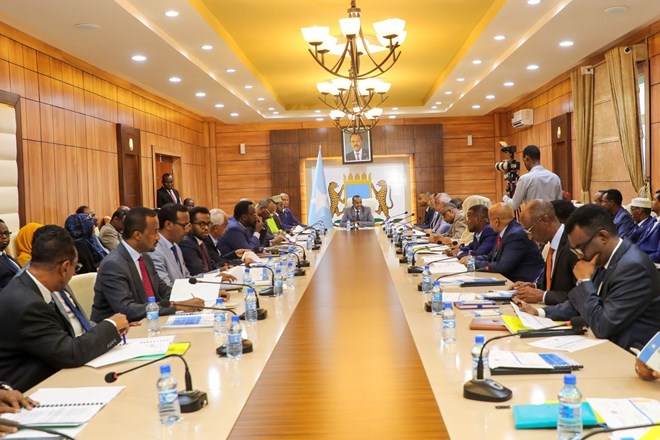 Somalia’s cabinet approved a 46% increase in the government’s budget for next year to 671.8 million.

The budget continues to follow an upward trend for the past four years. The 2020 budget had increased a whopping 158% from 2017 when the annual budget was $260 million.

Over half of the budget will come from international donors (61%) in the form of budget support ($170.9 million) and funded projects ($240.8 million). In comparison, the remaining $260 million will come from domestic revenue collection.

Somalia’s ability to collect taxes domestically has come under fire recently as reports surfaced that Al-Shabaab collects more revenue than the federal government. According to the Hiraal Institute, The militants collect at least $15m (£11m) a month, with more than half the amount coming from the capital, Mogadishu.

It should be noted that most businesspeople and others who pay Al-Shabaab are often doing so under intimidation and threat of violence. The United States is backing efforts to use U.N. sanctions to disrupt Al-Shabaab’s financing capabilities.

The budget reveal comes days after the World Bank forecasted the Somali economy to shrink by 2.5% this year. The international financial institution revised an earlier prediction of a 3.2% growth due to the global pandemic.

Speaking at the Fifth Somalia Economic Update, Finance Minister, Abdirahman Dualeh Beileh urged international partners to continue to support the government as the country prepares for national elections at the end of 2020 and early 2021.

According to Somalia’s national news agency, SONNA, the budget focuses on the implementation of the national plan which the government allocates $38 million for development, and will be spent on the following.